Why you have to use className in React, but not in Preact?

We all know this simple rule. Use className instead of class if you write JSX.

\
React docs warns us about this convention straightaway. And it goes even further, you need to specify all HTML attributes in camelCase.

\
Okay, if it’s the way things work, we can get used to it. Since JSX is different from HTML in a lot of ways, it’s somewhat justifiable.

Wait a moment. We actually can use class in JSX, but only if we would use Preact instead of

And it’s a legitimate documented feature, not a coincidence or a bug. So, the question is – why?
Why do we have to camelCase all HTML attributes in React, but not in Preact?

Disclaimer: If you aren’t familiar with JSX, but want to read and understand this article anyway, check out my other article, where we take a look at what JSX is and how it works under the hood.

The Reason Behind the Rule

First thing first, let’s clearly define the reason behind this rule in React.
The official React docs have a quite vague explanation.

Since JSX is closer to JavaScript than to HTML, React DOM uses camelCase property naming convention instead of HTML attribute names.

It’s hard to say solely from this explanation what the real reason is.
So, let’s google it and try to find more info!

There is an article about this problem on GeeksForGeeks. Let’s consider an explanation from it.

The only reason behind the fact that it uses className over class is that the class is a reserved keyword in JavaScript and since we use JSX in React which itself is the extension of JavaScript, we have to use className instead of the class attribute.

\
First of all, yeah, technically speaking class is a reserved keyword in JavaScript for making, so-called, class declarations like this one.

\
But we actually can use class keyword in JavaScript without much trouble.

\
You may think, it didn’t work last time I checked! And you’ll be right.

Okay, maybe the real reason is separate from this whole reserved-keyword issue. Maybe, it’s the JSX itself!

Just think about it. JSX is an extension of JavaScript, not one-to-one clone or so. That’s why even though it’s tightly coupled with JS, it may propose some other restrictions.

Let’s battle-test this theory. We’ll declare a simple component with a className attribute.

Then, we’ll put it through Babel transpiler.

Live example in Babel REPL, in case you want to check yourself.

\
The result is pretty much expected and fully valid. Now let’s try another one. Let’s use class instead of className in this try.

\
And after transpilation we get this.

Live example of this try in Babel REPL.

\
First of all, it’s fully valid, as well as, the former one.
Secondly, Babel transpiles this snippet, like it was nothing new or weird for him. So, it seems like JSX isn’t an issue either.

\
Okay, maybe we’ll face some issues in the render phase. Because JSX in itself is just syntax and it doesn’t create UI on its own. We need to render JSX somewhere to see the end UI. So we’ll try to do exactly that to see, if some problems may arise.

But what is a virtual node anyway?

\
Sidenote: If you want to dig into this whole virtual madness, let me know in the comments and I’ll make an article, where we’ll go through the whole concept of virtual DOM and make our own implementation of it.

To implement the render function and check how things work, we only need three basic properties of the vnode.

\
Sidenote: If you want to understand what other properties are and why they are here, let me know in the comments section and I’ll make detailed articles with a deep explanation of each individual property.

\
Now with new knowledge, we are fully ready to create our own render function for vnode tree. Let’s start with the basics and create elements of the passed type.

\
Then let’s handle the props.

\
Next, let’s recursively add our children and handle edge-case, in which a child is a string.

\
The last missing piece is actual mounting. So let’s do it now.

\
Now we’re good to go. It’s time to test how the render function will handle our virtual node with the class prop. 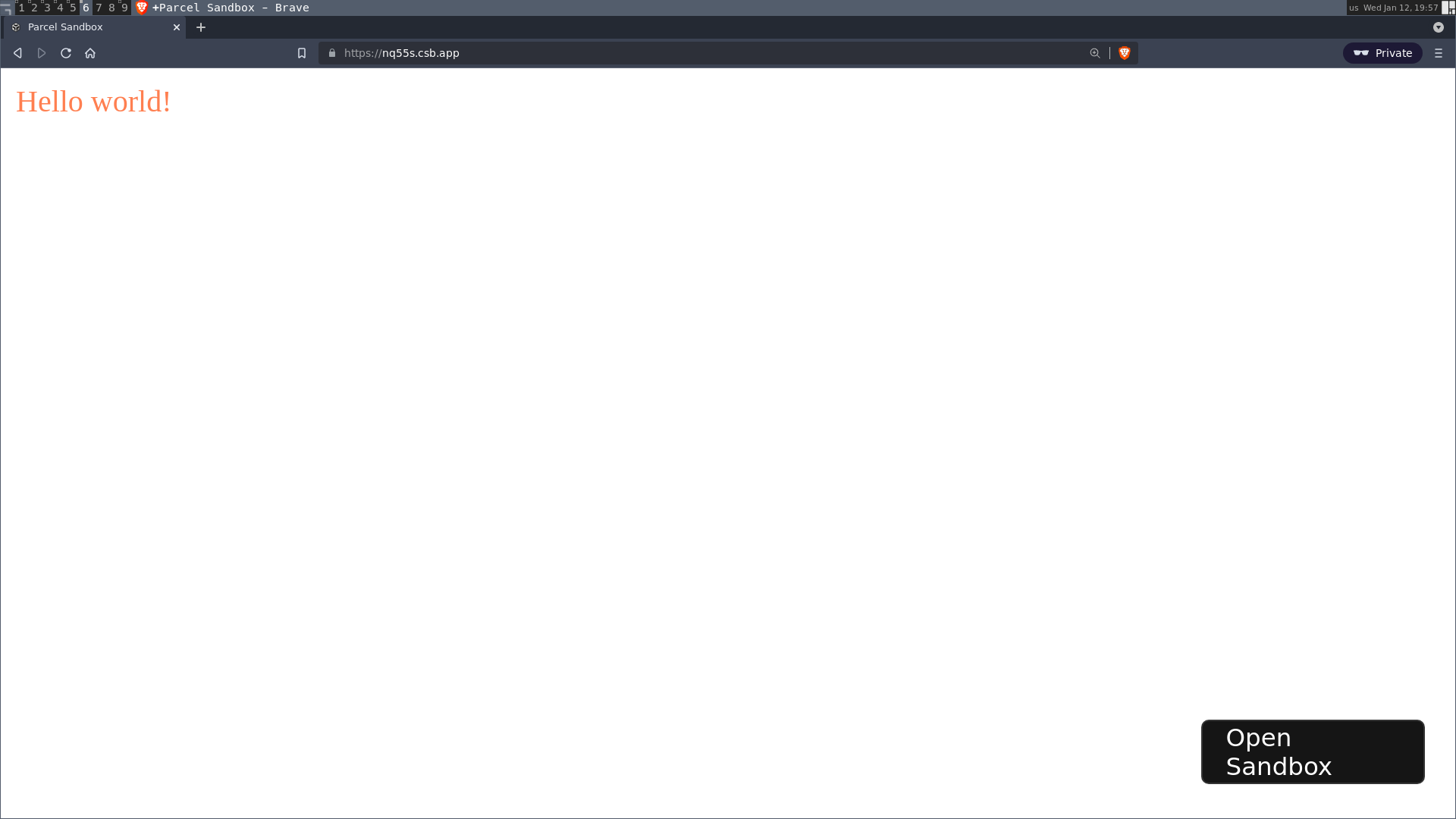 It renders the div with correct class foo.

I added this simple bit of CSS to test if our class is in place. And it is, you can verify it yourself!

\
Now we are completely sure, that the reason behind className usage is not connected somehow to render function. We are sure because we implemented the render function, that uses class ourselves.

Now what? Maybe we should agree that it’s some kind of convention and leave things as they are? No, we should take an even closer look at the problem.

A Different Approach to the Problem

You see, there is a JS framework, called Preact. It’s an alternative to React with the same API.
And there is a very interesting statement on its official page. 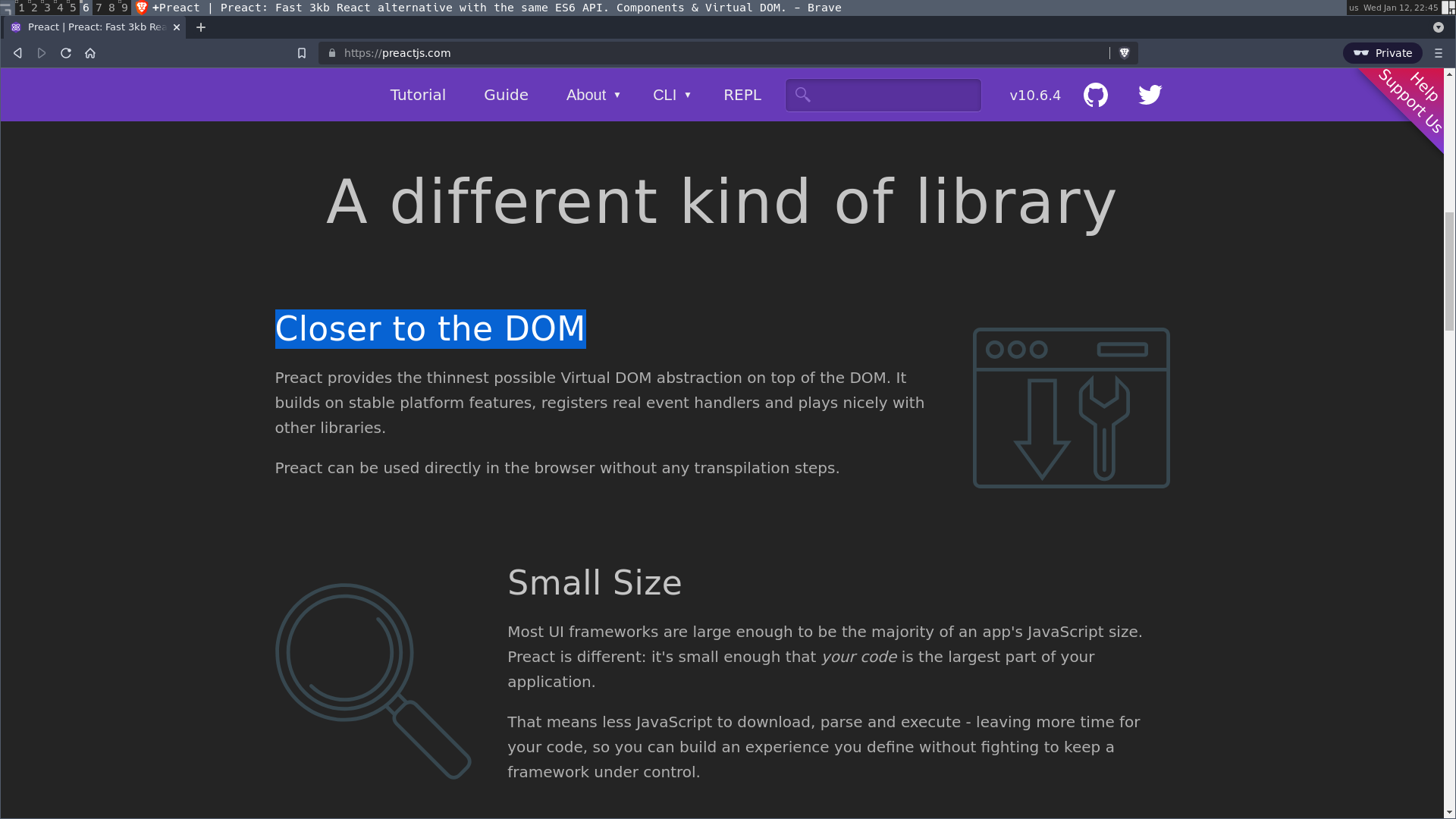 Closer to the DOM. Hmm, it’s the exact thing, we are looking for. We try to use class, which is a native way of adding CSS classes in DOM. And Preact uses this approach, it becomes clear from its official docs.

Preact aims to closely match the DOM specification supported by all major browsers. When applying props to an element, Preact detects whether each prop should be set as a property or HTML attribute. This makes it possible to set complex properties on Custom Elements, but it also means you can use attribute names like class in JSX:

So, let’s dig into Preact source code to figure out why it works.

Here is a link to the source file on GitHub, in case you want to follow along.

Let’s take a look at Preact createElement function, which serves similar purpose as React.createElement. Here’s a snippet from the function body.

\
Preact createElement function filters out only two properties, key and ref, and passes others to normalizedProps.

Sidenote: If you’re asking yourself, why Preact filters out key and ref and how these special props are handled internally by Preact, let me know in the comments section. I’ll make detailed articles about these two props.

\
Then Preact passes the resulting normalizeProps to another function, called createVNode, and returns the result.

It becomes obvious from the snippet, that the createVNode function doesn’t do any transformations with passed props. It just returns the props in the new vnode object. And vnode object is just a representation of a given DOM element and it’ll be rendered to the real DOM in the future, as we now know.

\
So the question is, how does Preact know either it is a complex property or HTML attribute if it passes all properties directly to the vnode, that gets rendered in the end? For example, how does the event system work in this setup?

Maybe the answer lies in the render phase? Let’s give this guess a shot.

There is a function, called setProperty, which is responsible for setting a property value on a DOM node, as you may have gathered. This function is the main mechanism of setting properties to DOM nodes in Preact.

\
So Preact actually checks whether the property name corresponds to some event and adds an event listener if it’s the case.

Such distinction allows Preact to deal with events passed through onClick, onInput, and other props like these, but at the same time allows to use standard HTML properties, like class instead of unique-to-JSX className.
But how does Preact handle user-defined custom props? The answer lies in the question itself.

You see, we as a developers, may only pass custom properties to our own components. For example, let’s define custom UserDefinedComponent.

And render it in the App component.

As you may see, there is no way how exampleFunc and brandText would be passed to the real HTML elements. And even if you intentionally do this, the browser will just ignore unknown properties, Preact doesn’t need to additionally validate them on its side.

But why does React use camelCase property naming convention instead of HTML attribute names, anyway?

There is no clear answer to this question. We may only make a few guesses.

Or maybe, React developers want to match the JavaScript API more closely, than HTML one. Because in JS the standard way to access Element class property is Element.className.

It doesn’t really matter at this point why they’ve done so. What matters is, that we now understand all nitty-gritty details about it!

Let’s sum up what we learned today.

A simple portfolio starter theme built with Nuxt.js and TailwindCSS