This time, the HackerNoon team had the pleasure of speaking with Jerome de Tychey. Jerome is the Founder and CEO of Cometh, a blockchain game development studio, building tools that foster the accessibility of decentralized finance and NFT.

\
We started off our interview by asking Jerome about his background and what made him interested in NFTs in the first place. Jerome began explaining that he studied economics at school, and then encountered people involved in Bitcoin. He started in the industry by doing some mining, which wasn’t particularly good for Bitcoin at that time, so Jerome ended up switching to Ethereum in 2015, and even started Ethereum France.

\
In 2016, he joined the team of Ernst and Young, the consulting company that at that time was looking to open a blockchain practice. Later on, in 2017, he decided he wanted the B2B experience. So, he started selling solutions to banks or luxury brands, and this is where he did his first NFT projects.

\
Jerome started to explain: “We were discussing with luxury brands on creating digital twins, like buying a luxury watch or a bag, and you get the digital twin of the watch or bag, because from a luxury brand perspective if you bought the watch on the secondary market if you didn’t have the digital twin, they could emit it. This way, the brand knows where you got the product. Even if it’s not on the primary market, they can have an idea of who’s interested in the products, and it can help target the product.”

\
2020 was the year when Jerome decided to change companies and discover new things. He joined Ledger and decided to enter the world of blockchain gaming. Jerome said: “We have lots of ideas on how we could use the medium of blockchain as a way to run the engine of a game and see how we can interconnect stuff and create a new player experience for that.”

“We launched our first video games in February 2021. It had success with about 10,000 players and 4,000 NFTs purchased. It was fun. Everything runs on the blockchain, it’s unstoppable and it exists with or without us. We had a wonderful journey and recently we decided to work on another game that we’re going to publish in a couple of weeks/months, probably early may. We’ve been showing the game at the conference today.”

The Best Use of NFTs

We were interested in how the NFT can be proof of brands, and it led to our next question to Jerome: what the best uses for NFTs are nowadays.

\
Jerome continued to explain how the first step is connecting the defi ecosystem and the NFT ecosystem, and how they are trying to do something like that in their new game, with a crafting system if the player wishes to create a new good. For example, to create an ax, the player would need wood and iron. The difference is when you craft you are bringing liquidity to the wood and iron, so crafting an ax can evolve with time and price, which is curious from an economic perspective. Besides the fact that things can evolve, the players can also interact with those defi products without having to understand the complications of UI and UX, and they will remain in the ecosystem. This is going to change the way we interact with decentralized finance. 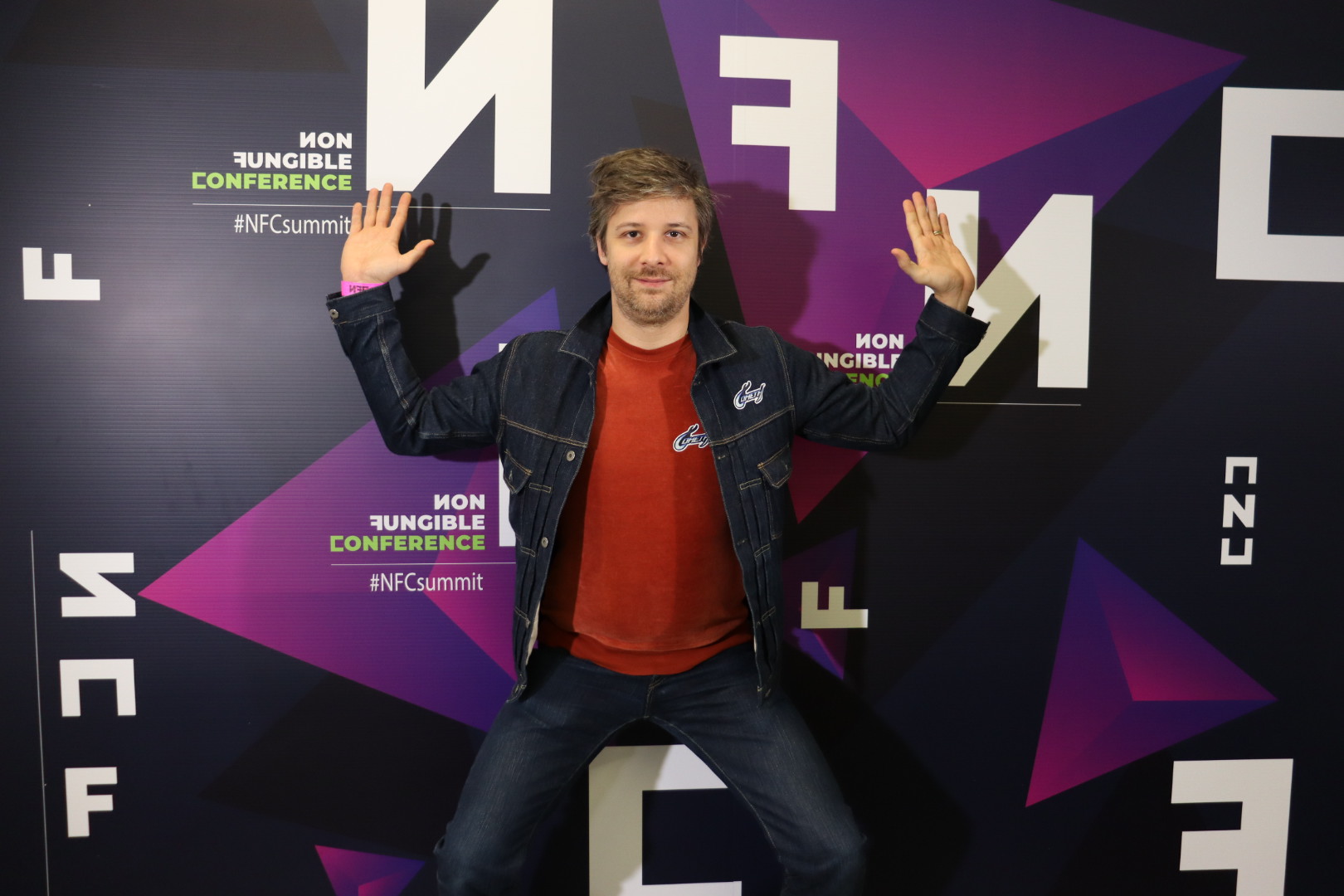 The Future of Gaming + Blockchain

We also wanted to address the topic of what will be the future of the gaming industry, evolving blockchain, and NFTs. Jerome clarified that there are different approaches to gaming and blockchain, and that “some of them are just using blockchain to spice things up.” People can purchase a game, get an NFT from that, and receive an NFT as an achievement after finishing the game. From a publisher or game developer’s perspective, when someone finishes the game’s saga, and they have an upcoming version of the game, they give a free experience to the players, in a way to re-engage. with them. Another perk is how there are no servers, so Jerome explained how they’ve run a tournament where they had 4,000 players connected at the same time, which is something you can’t even dream of from a server perspective. Now a future where you can connect millions of people together at the same time without having to bear the problem of servers is definitely something to look forward to.

\
Next, we asked Jerome about what the issues in gaming were, nowadays, regarding the use of NFTs and the blockchain. Jerome explained how the fact that it can be a journey since blockchain security still is in its early days. There are still people who aren’t aware of what an NFT is or how to manage a key. Interacting with this in those conditions can create a lot of friction. Jerome also said that teaching future generations about how to protect their keys and managing them properly can be an issue too. These would be some of the main things that we would have to overcome in the next few years.

\
To finish our interview, we asked if games are the new NFTs galleries since it was the topic of Jerome’s talk. Jerome said he’d love games to be the new galleries and he hopes they will since they can provide such an experience. Customizing your game experience and adapting it to the user is an extra step from a business perspective, and it could give a special insight.

\
Are you enjoying these short interviews with people in the NFT world? Check out our Slogging AMAs: https://hackernoon.com/tagged/slogging