\
According to a report by Reuters, NFT sales surged over $10 billion in sales in the third quarter of 2021. Also, Brandessence market research revealed that there was a 328% growth in NFT transactions within the first half and third quarter of 2021. This shows that the NFT industry is growing fast and attracting more professional and institutional players into the industry. 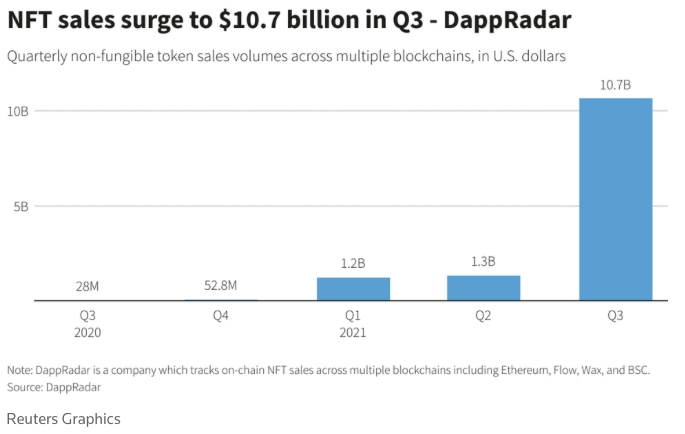 \
\
Just recently, Mike Novogratz, a crypto billionaire and CEO of Galaxy Digital Holdings, announced the launch of his NFT for charity.

\
A few days ago, Nike, the American multinational shoe company, announced the purchase of RTFKT Studios, an NFT collectible and fashion startup.

\
Yes, billionaires and leading entrepreneurs are getting into the NFT market, but the VCs are making the biggest moves in terms of investment in the NFT market. I constantly publish new statistics and news about new deals on my Twitter.

\
It’s very important who are the main players who move and invest in the industry. Here are arguably the leading VCs and investors in the NFT industry, and everyone can see why they are on this list. If you have a project, your’s can potentially be the next one these guys will invest in. If you’re an NFT collector, it will be useful for you to follow these names to analyze the industry right and to find the next gem for your collection. 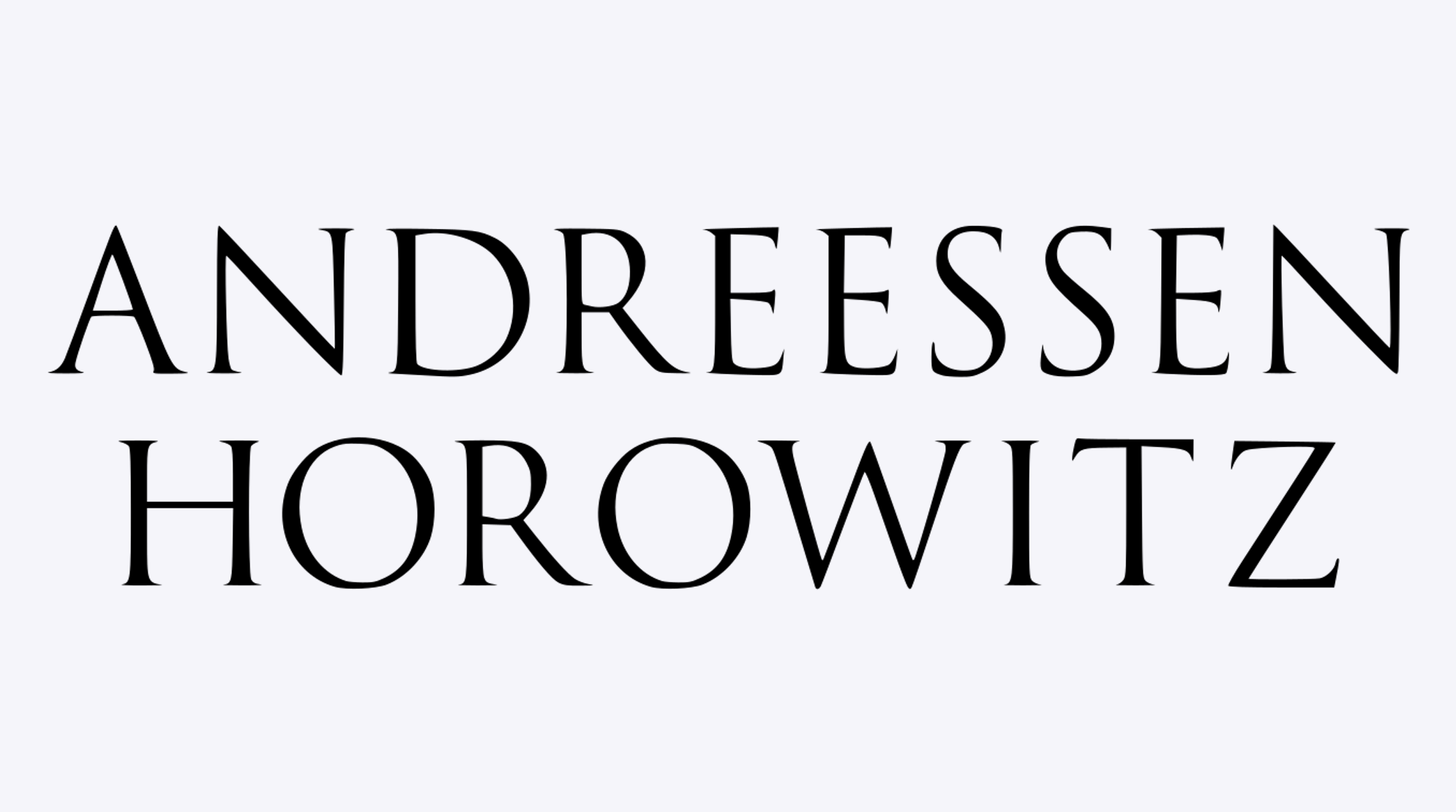 \
\
A16z is one of the largest VC investors in the NFT market for startups. It is a venture capital firm in Silicon Valley backing bold entrepreneurs transforming the world with technology.

\
In a November 2021 article by PitchBook, a16z has participated in 39.27% of all VC deals by value for NFT companies. A16z only goes for the biggest deals in value in the market.

\
Some of the notable a16z investments in the NFT market include a $150 million investment in Mythical Games, a play-to-earn gaming platform, in a Series C funding round valued at $1.25 billion. Also, I would be remiss if I did not mention a Series B funding round raising $152 million at a valuation of $3 billion for Axie Infinity, a blockchain-enabled play-to-earn video game company.

\
In March 2021, a16z was the lead investor in a $23 million fundraising round by Opensea, a popular NFT marketplace. And they were also a part of a $21 million Series A funding for Faraway, a browser-based NFT game developer.

\
In September 2021, a16z was a returning investor in raising $250 million in a new funding round for Dapper Lab, the creators of NBA Top Shot and the Flow blockchain using blockchain technology to bring NFTs and new forms of digital engagements to fans around the world.

A16z was earlier in March an investor in NBA Top Shot’s $305 million funding round and was also among the key investors in a $725 million Series B funding for Forte, a blockchain NFT-based gaming platform.

\
Coatue Management LLC is a global investment company that is focused on public and private companies in the technology, media, and telecommunications industries.

\
In March 2021, Coatue led a funding round raising $305 million for Dapper Lab, the NTF-based company behind Cryptokitties and NBA Top Shot.

\
In September 2021, the investment firm also led a new round of funding for Dapper Lab, resulting in raising $250 million.

\
Coatue was also instrumental in raising over $125 million in funding for Opensea, an NFT marketplace. \
Benchmark is a venture capital that is based in San Francisco, and they provide seed money to startups.

\
In February 2021, Benchmark led a $50 million Series A funding for Sorare, a football-based NFT marketplace.

\
In September 2021, Benchmark was also a returning investor in Sorare’s series B funding of $680 million. 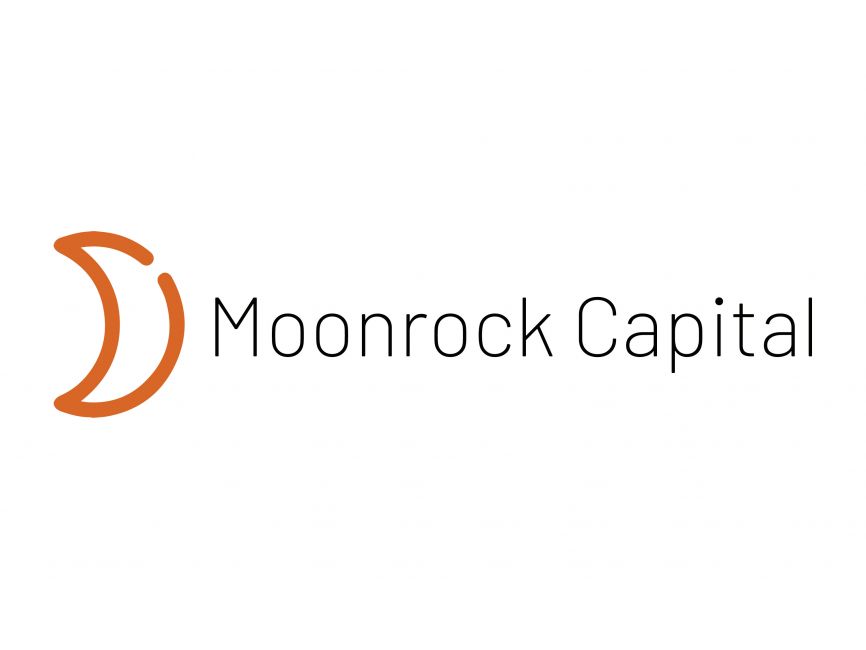 \
Moonrock Capital is a leading NFT funding VC firm based in UK and Germany.

\
In May 2020, Moonrock Capital co-led an initial seed round raising over $2 million for CoinBurp, a London-based cryptocurrency platform building a “CoinBase for NFTs” application ecosystem.

My company also worked with CoinBurp – the project is really interesting.

\
In December 2021, Moonrock Capital announced an undisclosed amount of investment in Exeedme, a play-to-earn gaming platform.

\
Earlier this year, the firm also invested an undisclosed amount in Showcase, a social NFT app bridging the gap between influencers and fans.

\
Moonrock also announced an undisclosed investment in Phuture, a decentralized protocol built to create and invest token-based passive investment in a web3 environment.

\
In May 2021, Moonrock Capital announced another undisclosed amount of investment in Jenny, a community-controlled metaverse DAO launching an NFT collection.

\
In November 2021, Animoca Brands led a seeds fundraising of $2.7 million for MetaMundo, a 3D NFT marketplace for building the metaverse.

\
The VC firm was also involved in raising $10 million in funds for Unicly, a community-governed NFT protocol, for the launch of its new product Unicly v2.

\
In October 2021, Animoca Brands was a part of a seed funding round of $8.3 million for Genopets, an NFT move-to-earn gaming platform where players are rewarded for the steps they take in real life. 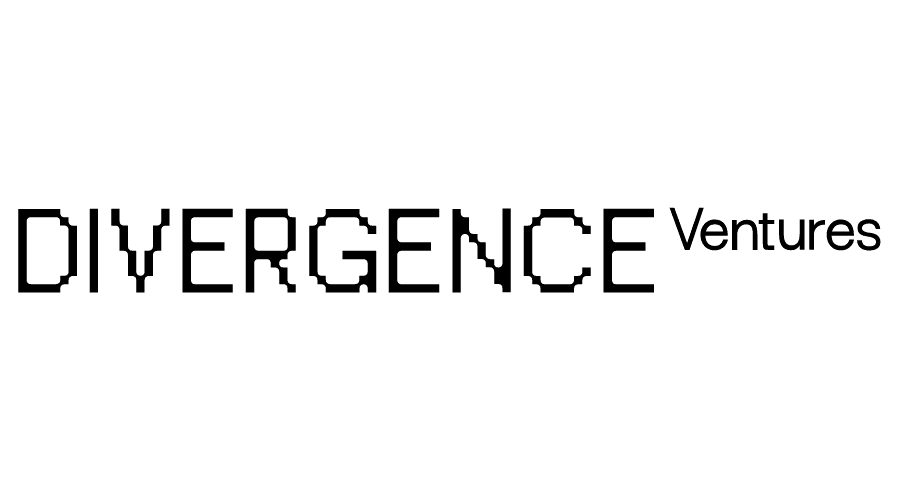 \
Divergence Ventures is a venture capital firm based in San Francisco, California.

\
In February 2021, they raised funding of $2 million for Async Art, an NFT-based art company.

They were involved in raising an undisclosed sum of funding for Project Galaxy, an NFT-as-a-Service Infrastructure company that seeks to empower communities, developers, and creators to achieve community engagement and retention to the next level.

\
In May 2021, Divergence Ventures was part of raising a pre-seed round fund of $500,000 for Anima, an augmented Reality NFT platform. 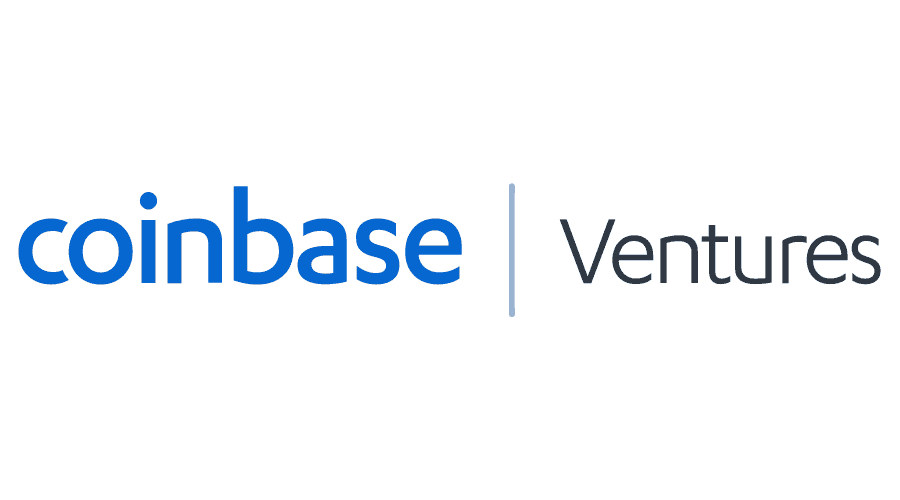 \
Coinbase Ventures is a venture capital firm that invests in startups building the open financial system.

\
In May 2021, Coinbase Ventures was part of raising a pre-seed round fund of $500,000 for Anima, an augmented Reality NFT platform.

\
In September 2021, they were also part of a Series A fundraising of $30 million for Makersplace, an NFT-based digital Arts platform.

These are some of the VCs who invest in the NFT industry. With the growing interest of Venture Capitalists in the NFT industry, more groundbreaking innovations are undoubtedly underway. We are gradually moving away from Web 2 to Web 3, and NFTs are going to play a vital role.

\
With the great achievements of the NFT industry in 2021, 2022 will certainly bring more growth to the industry.

\
You can follow these VCs on CrunchBase to follow their investments. If you want the latest updates and researches about Metaverse, Crypto, DAO, Play2Earn, and the NFT industry and to participate in different crypto contests and activities – Follow me on Twitter.

In the meantime, if you have any questions about NFT or you are a Crypto / GameFi / Metaverse project and want to know more about how to promote your project, you can always contact me via Telegram (@baloyan)

\
==P.S. Check out my previous articles at HackerNoon:==