"Nay, what is Nature's self,
But an endless strife towards
Music, euphony, rhyme?"
—Watson.
The great thinkers of the age believe that the world is one marvellous blending of innumerable and varied voices. This unison of sound forms the great music of the spheres, which the poets and philosophers have written so much about. Even from a purely scientific point of view, there is no denying that this music exists. Aviators tell us that when they listen from a distance to the myriads of noises and sounds that arise over a great city, these are all apparently lost in a modulated hum precisely like the vibrations of an immense tuning-fork, and appearing as but a single tone. Thus the immense noise going from our world is musically digested into one tone, and the aviator soaring above the earth hears only the one sound—the music of the spheres.
The deep appreciation that animals have for music is becoming a generally known fact among those who have studied them closely. Every one must admit that there is much truth in the old saying that "music hath charms to soothe the savage breast." Music is composed of vibrations, which act with great power upon the nervous system of men and animals alike. Each is affected according to his particular physical and mental development.
Professor Tarchanoff has made a careful study of the influence of music upon men and animals. He has demonstrated, by means of a machine which carefully registers the various activities of the hands and fingers, that when the hands are so tired and fatigued that they cannot make any marks except a straight line on the cylinder which registers the movements, music will so stimulate the nerves as to cause all fatigue to disappear. And as soon as the fingers again touch the cylinder, they begin to draw lines of various kinds and heights, thus proving that the music had rested the fingers and placed them under control. Various kinds of music were used: that of a melancholy nature had precisely the opposite effect to that of a lively, cheerful character; the nerves of the hands could either be contracted or expanded according to the nature of the music.
Like all real scientists, Professor Tarchanoff does not claim to give any positive explanation of these facts. He believes, however, that the voluntary muscles act in the same relation to the music as the heart—that is, that cheerful, happy music affects the excito-motor nerves, sets up a vibration in those nerves which produces cheer and good feeling; while sad, morbid music plays along the depressant nerves and produces sadness and depression.
In view of these facts, it is easy to see how animals, with their nervous temperaments and ready response to outside stimuli, are greatly influenced by various kinds of music. It is scientifically recognised that music tends to increase the elimination of carbonic acid and increases not only the consumption of oxygen, but even the activities of the skin. There is no doubt that good music at meal time aids the digestion. 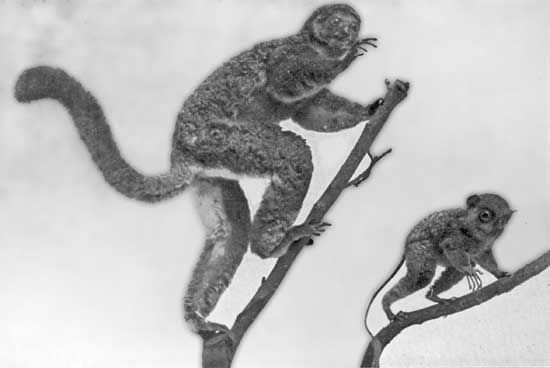 MONKEYS ARE THE MOST MUSICAL OF ALL ANIMALS. WHEN THEY CONGREGATE FOR "CONCERTS," AS SOME OF THE TRIBES DO, THE AIR IS FILLED WITH WEIRD STRAINS OF MONKEY-MUSIC. 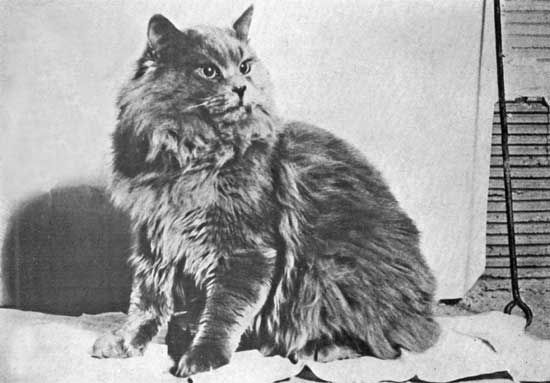