\
The gaming industry is one of the biggest and most profitable industries in the world, it has the most projected growth too, making it an incredibly lucrative industry to get involved with. There is a total estimate of 3.24 billion gamers worldwide, making it one of the most thriving industries on the planet by a large margin.

\
The industry revenue generated is beyond any other form of entertainment worldwide, by 2025 analysts predict the industry will generate an excess of 260 billion dollars in profit, and with the innovations in products and the way they’re distributed to users, it’s only going to continue to grow and become more dominant market-wise.

\
Technology over time has made the gaming industry more diverse and more accessible than ever before. With game subscription services, and multiple platforms, some of which are completely mobile, access to gaming is now easier than it’s ever been, with literal libraries worth of titles available at your fingertips at a fraction of the cost that it was even 5 or 6 years ago.

The introduction of mobile gaming technology to the mainstream and innovations in that particular field are responsible for a massive part of the increase in the industry’s success with 50% of gaming now being conducted on what can be considered mobile devices and services.

\
Whilst the accessibility from your own home has increased, it has meant a decrease in certain elements of the gaming industry, as an example, things like public arcades have naturally seen a decline due to the accessibility of modern gaming.

\
When we look at the technology available to the public now, it is considerably mind-blowing. A pocket calculator or even to some extent, a USB-C Charger has more computing power than what was used to put a man on the moon.

\
To put into context, the iPhone 6’s clock speed is 32,600 faster than the best Apollo-era computers and could perform tasks 120,000,000 times faster. When you consider the Apollo missions ended a touch over 50 years ago, it is mind-boggling to consider how quickly technology has moved forward, we can’t even conceive where we’ll be in another 50 years at this astronomical rate of improvement. Next time you’re using your phone, it may change your perspective to consider what its computing power is genuinely capable of aside from playing your favorite games.

\
Gaming is spread out across a lot of devices but it’s no surprise (as taken from a 2021 3Q survey) that Smartphones lead the way in being most used for gaming, taking up 68.1% of the market of gamers. Coming short behind that is PC users, which make up 36.8% of the market, and behind that is 25.8% of users who game primarily on gaming consoles.

\
These statistics are dynamic and will change dramatically as the industry tech shifts, as an example, VR headsets only make up 8.7% of users, however with that particular technology rumored to be making huge technological leaps in the coming 12 months, it’s possible that this will shift dramatically as becomes more accessible, affordable and incredible.

\
VR offers a completely new realm of education suites that can elevate and improve the way people learn. VR offers users the ability to learn by actually doing, making it almost indistinguishable from the real thing. Usually, students are required to learn how to complete practical tasks by reading and writing, but the ability to get hands-on without any risks to their safety is an incredible advantage that VR can consistently provide them. 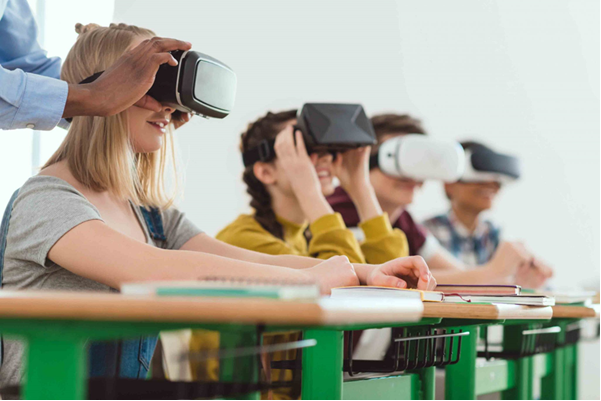 \
Not only handy for practical tasks, but VR also allows users to experience unique locations too, making it a great tool for geography lessons and even astronomy, taking students to places far beyond their reach. Even as a creative tool, VR has a plethora of art programs that allow students to get creative in a 3D space. The accessibility of VR enables equal opportunities for students too, meaning all students can enjoy and access the hardware fairly easily at their educational institutes due to them being reasonably priced today.

VR is also revolutionizing the manufacturing industries and their safety procedures. The manufacturing industry has a high rate of accidents that often cost employees their livelihoods or worse. Usually, this is due to a lack of training or lack of machine knowledge and procedures, however, with the introduction of VR as a training tool, employees can be trained on new machinery without any risks to them whatsoever. Making it possible for companies to provide digital exams via VR capabilities.

\
VR is also being used in manufacturing sectors to teach and educate workers on the correct maintenance of work equipment as it allows companies to be able to show workers around machinery without having to shut down particular areas of the factory to cater to it.

\
This may sound like a thing of the future but it isn’t, companies like Ford and Toyota are already using VR within their companies to help with production. During the COVID pandemic, Ford used VR to access their car models and designs remotely and collaborate with designers and engineers.

\
You may have heard the phrase gamification when discussing the future of gaming, and it simply means applying gaming tools to non-gaming environments, which is becoming commonplace in health care in particular. A good example of this is the abundance of health care apps that track your exercise metrics, vitals and caloric intakes.

\
Gamification aims to get people more actively involved in the healthcare process and improve patient engagement. The collection of that data is often done by healthcare providers and health-related companies to get useful metrics on the user base that can help better health care and services provided.

\
With all of the different tech advancements and immerging technologies happening, and all the different industries utilizing these techs, it is amazing to think about what the future of gaming will actually look like when you consider what we have now.

\
Funnily enough, a big trend that is predicted is a retro bounce back. Often what happens when tech advances in gaming, is a wave of remakes and retro game remasters tend to become popular as some gamers tend to crave a bit of nostalgia with the market flooded with new ideas.

\
When we look at virtual reality, there are key elements that aren’t part of the tech that stop it from being completely immersive, and interestingly enough one of those aspects is the concept of smell. This is being worked in by a company called FeelReal which is attempting to bring a sensory mask into the market, which provides you with game-related smells and sensations. 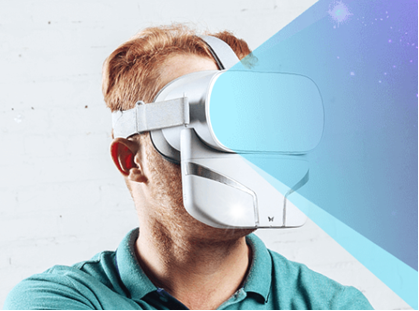 \
VR tends to be limited with movement, users often report that aspect of the virtual gaming space is what is breaking immersion most, however, there are leading tech companies that are working on what is called “Omni Directional Treadmills” which allow you to use your locomotion by running and walking in any direction you want whilst in the 3D virtual space. This may not seem like a big difference from using a controller, but once you experience it, you’ll wonder how you ever used VR without one. 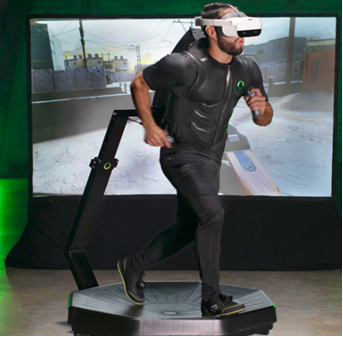 \
Currently, VR is a niche sector of the gaming industry, it serves as an alternate way to game rather than a genuine competitor to consoles or PC gaming, however with the immerging tech in VR, you can expect that in the next 30 years it could potentially replace console gaming all together with open virtual worlds and ultra-immersive graphics coming to the forefront of VR.

\
Something that is already approaching the VR market is full-body tracking and haptic vests. Full-body tracking is being developed to allow your digital body to match the real-time movement of your actual body, and if you compliment that technology with haptic vests and wearables that respond to contact in-game, then suddenly you’ve got an incredibly immersive VR experience – this is closer than you think. 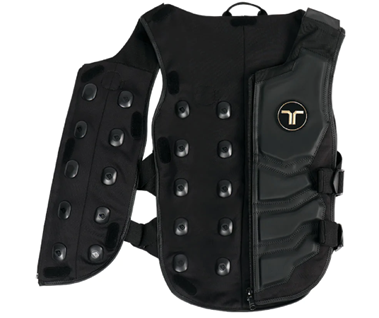 \
Ultimately the future of gaming is going to come down to immersion, as hardware becomes more powerful and displays become more dynamic, we’re going to be able to achieve real-time photo realism at some point, allowing games to become much more than games, they’ll become experiences that you will be able to live out in virtual space.

\
We consider a lot of titles now to be immersive, but when you look at the tech and how quickly it is progressing, you can only imagine where we’ll be in another 50 years. We look at games like Cyberpunk 2077 and see the incredible and innovative level of details involved, but what if VR could put you in V’s shoes for real, in real-time in virtual space and you could feel what V does? Well, that is the direction the tech is going in, and it is moving fast. 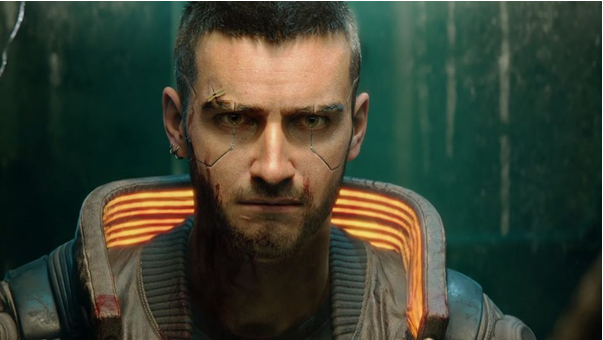 Wake up Samurai, we’ve got VR to play!