With the advent and development of blockchain, the world began to strive for openness, transparency, and decentralization in many industries. In just a few years, blockchain from Bitcoin and payment systems began to open up more and more facets of its usefulness to humanity, making finance decentralized and the world of art and creativity more open to talented people. In less than 10 years, concepts of NFT, DeFi, metauniverses, and web 3.0 have become widespread. So it is unsurprising that the subsequent discovery was DeSci – decentralized science.

\
Recent years have seen breakthroughs in many areas of science – such as the discovery of RNA vaccines, genetic engineering advances, and successful fusion experiments.

\
But I will examine whether science is evolving as a fundamental field or its long-established system is slowing the emergence of necessary new research in this article.

What are the problems in science and basic research? 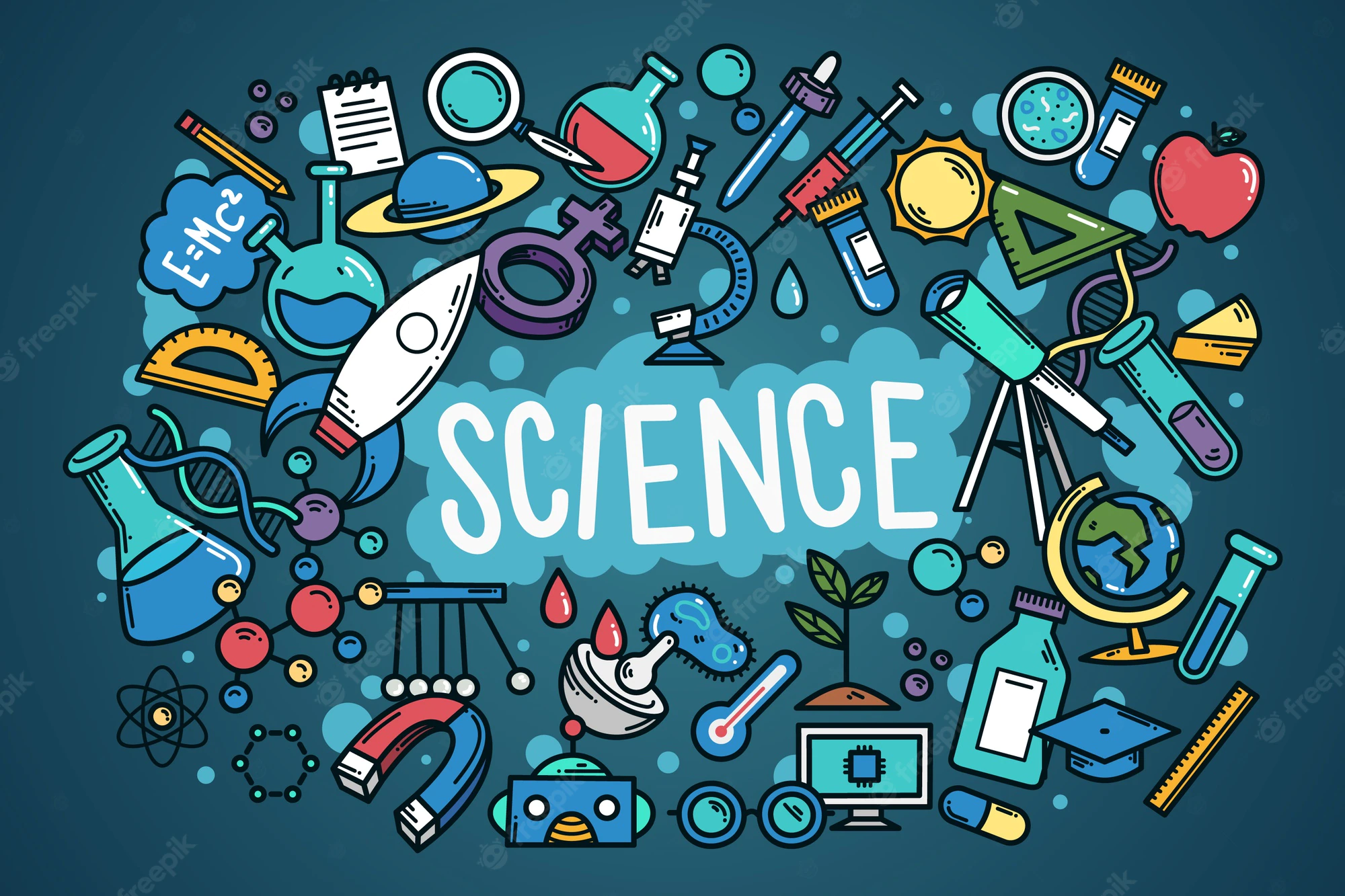 Science is very centralized and often controlled by state institutions. Scientists’ hands are essentially tied because they depend on funding and approval from certain regulators who decide what to study and what not to study. States often have favorite industries, such as medicine and IT, and there are rogue fields, such as climate change research. The community of scientists pushing the new concept of DeSci talk about several global problems with modern science.

\
One of the biggest challenges is funding basic research. Scientists spend a lot of time filling out grant applications. But they may never see money for their ideas because their field touches someone else’s business interests, their ranking is not high enough in the global community, or the field of research does not care about government institutions.

\
Another problem is access to information about the research. It is expensive to publish in the most influential scientific journals, so not all talented people can afford to tell the world about their discoveries. For example, an article in the prestigious medical journal The Lancet costs $6500, and an article in Nature costs $11000. In addition, these journals are sometimes criticized for their dependence on national health institutions or other funding sources.

\
A third problem is a political interference in science and a lack of transparency. The research approach is often subjective. This also applies to the conditional lists of approved scientists and areas of science that high-ranking officials in ministries want to develop and various conspiracy theories about the influence of big pharma on lobbying their interests in the study of finding cures for chronic diseases. 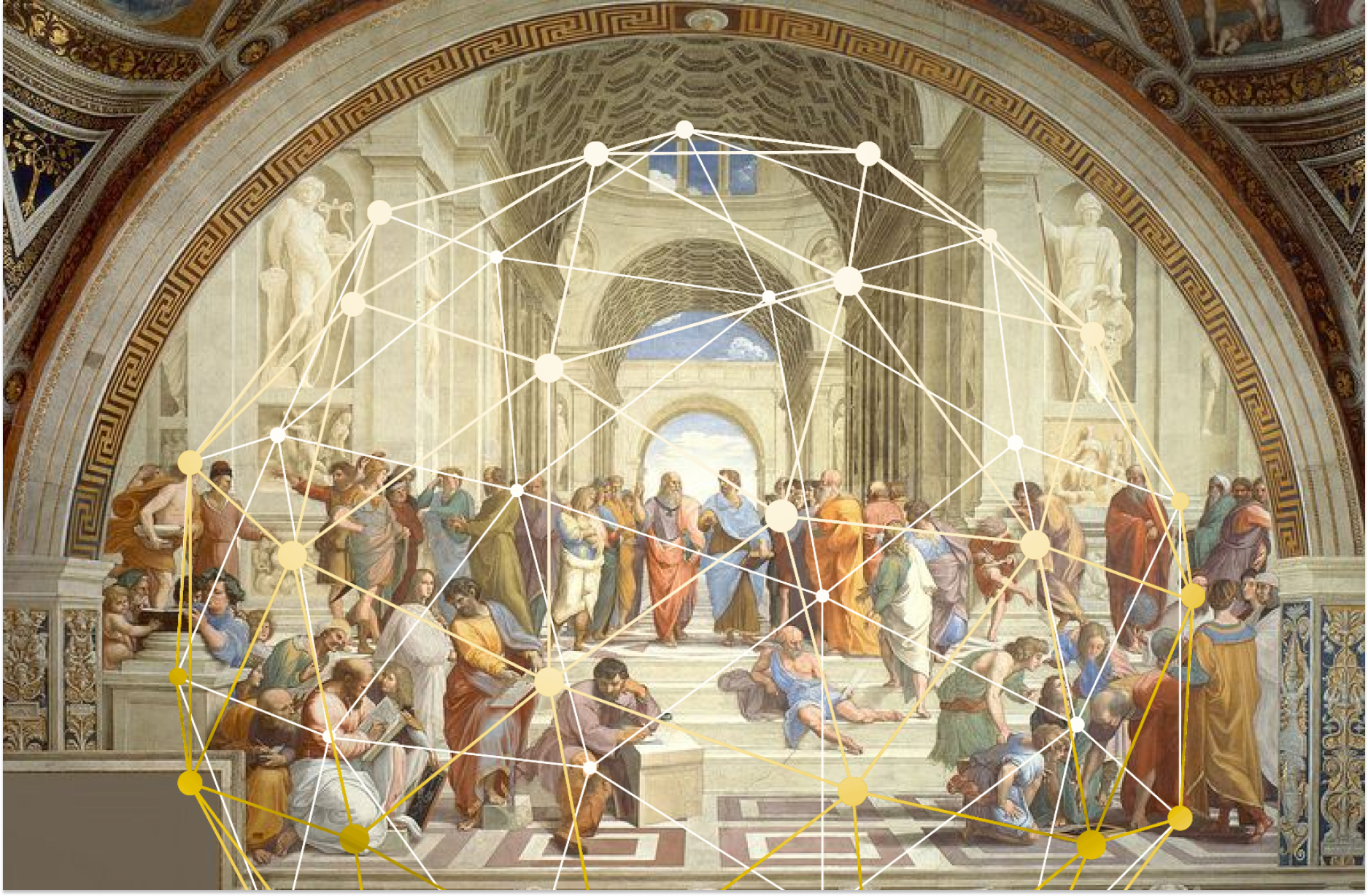 DeSci is betting on DAOs – stand-alone, autonomous organizations that will solve individual research challenges. And the variety of tools that blockchain provides will help make science more independent. For example, blockchain in science can:

\
These are 4 benefits of DeSci that make this new area prospective.

What scientific challenges are already being addressed by DeSci? 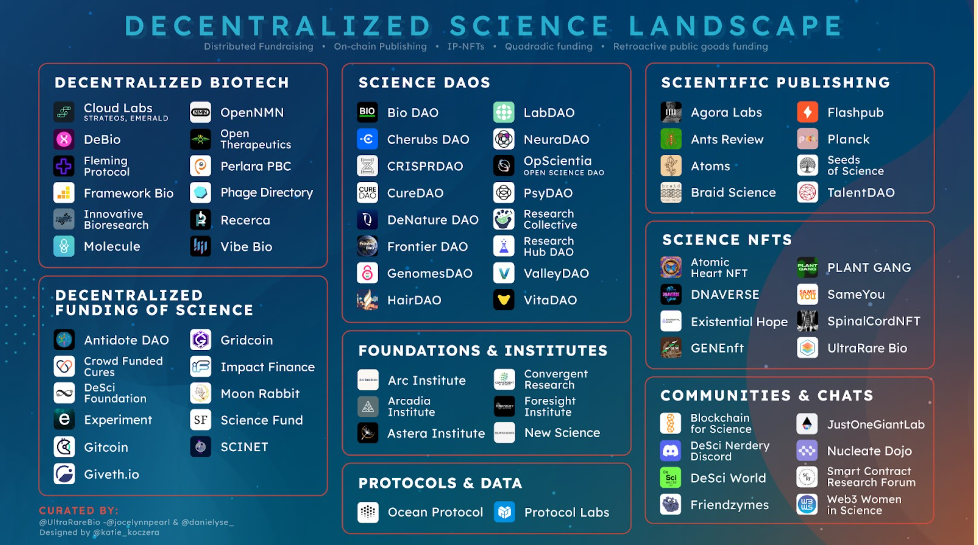 Decentralized science is just beginning to develop, but organizations are already emerging that bring together scientists around the world. The DeSci ecosystem consists of several foundations, research centers, and platforms for publishing scientific data.

\
Some DAOs aim to solve specific difficulties related to the science system. For example, to solve the funding problem, to provide a platform for the publication of scientific research, to gather an independent board of experts, etc. Other DAOs focus on specific areas of science, such as climate problems, breakthrough medicine, or longevity research. Here are a few examples of organizations.

\
The Molecule Project is a fundraising platform for biotechnology research. Currently, about 40 scientists on the website are looking for funds for their projects. Anyone can donate and support important future discoveries. For example, the studies include the search for antibodies to the still incurable Alzheimer’s disease, effective treatment for autoimmune diseases, and psoriasis therapy. Several projects have already raised the necessary funds for the first phase of trials.

\
VitaDAO is exploring life extension. Longevity is one of the popular topics for DeSci, and is quickly raising the necessary funds. 5,000 scientists have gathered under the society’s wing, 200+ projects have been published, and over $2.5 million has been raised in a short time.

\
Antidote DAO is looking for effective cures for cancer. The founders of this organization have nothing to do with science, but they understand blockchain technology. With the help of the crypto community, they raise funding for the most audacious research to find new cures for a disease that is killing millions of people worldwide.

\
Dynamiculture stimulates research in the field of environmental protection. This field includes air and water pollution, biodiversity reduction, the food crisis, and other vital eco-problems of recent decades. The community has issued tokens that scientists worldwide can earn for helping the DAO fight climate change.

So far, scientists have only just begun to come together in decentralized communities. DeSci activists are assembling panel discussions at significant blockchain conferences to gather talented researchers quickly and, most importantly, investors who will believe in their ideas. The work has just begun, so none of the organizations can yet boast prominent scientific accomplishments, but the scientists have started to find funding, which means results will emerge.

\
I also recommend you to read: