This is why we need an autonomous new internet.

Data is boring at the surface. But underneath it is the lifeline of our society. It is the blood connecting all parts of this great organism that is called the Internet. Its oxygen is information, bringing life to our imagination and feeding our hunger for knowledge.

\
Data is the gold for the new technological era. Invest in data, and you will be a rich man. The reason is simple. Everything that can be transformed into zero’s and one’s will become Data. To transport it, store it, move it, calculate it, game it, read it, and so on and so forth. Your refrigerator will soon read its content and order new supplies without you having to bother.

\
The digitalization of our lives is accelerating with A.I, quantum computing, self-driving cars, blockchain technologies, and the Internet of Things all around the corner from mainstream adoption.

\
This brings a fundamental concern and opportunity.

\
Let’s start positive with the enormous opportunity that lies ahead of us for transforming data into something great, something sexy for all of us.

This sounds like a great movie with a very happy end. Unfortunately, the reality at this moment, standing at the dawn of a true revolution of the usage of data, is different.

\
Data is owned by just a few techno-nationals. Data is sadly not available for billions of people that are left out of our information society. And data is stored in mega data factories owned by those big tech giants and costing a fortune to build.

\
We are in a very crucial and exciting timeframe where technology really can serve us to make a change. It is also a moment in history where we are challenged to make the right choices. Decisions that we can explain to our grandchildren with a light heart and a bright and proud smile on our old faces on a green and healthy planet. Choices that are grounded in ethical and moral consciousness. From deep care and wisdom. Not from harmful extraction of data from billions of users by big our tech feudal overlords that put back global harm of screen addiction and mass manipulation of emotion. (talking to you, Mark)

\
Humanity is in the business of making miracles happen, and we shouldn’t go for less.

\
These are the miracles needed for the next big data revolution that is already in full throttle. Web 3.0 is aiming at giving data back to us. Technological cloud innovation can make data green and available for the illiterate, for the people in Africa that are left out from the lifeline of our information sharing organism.

Here is the solution for the big Data centers in the world that cost one billion to build, and of which its computers and hard drives end their lifeline already after one year. It’s both simple and easy to realize.

Bring Data close to the end-user

\
Is it that simple?

Shorten the distance to the sender and receiver, to your telephone and the cloud. Make that cloud hover above your head. Like a thundercloud with continuous lighting connecting the dots.

\
This means practically moving from centralized to the edge.

And the beauty is that exactly this movement of innovation is going on in many parts of society, apparently simultaneously.

\
Take organizations, for example. We are most definitely and unstoppable, transforming from hierarchical organizational structures with imposed leadership models to self-managing decentralized teams of 8–12 people at the edge. It is the holistic approach known as Teal organizations. The question “Where does this organization need to move organically” becomes more relevant than strategies for the next years, targets to make, the reality that needs to be controlled.

\
The same with data. What if storage and compute capacity could move freely, where it is most needed? Instead of bits and bytes sent under oceans to data centers far away and back to your mobile phone, data becomes a living organism communicating in flow with its users.

\
This video from Supercarblondy demonstrates the new Lamborghini electric car. The energy from wind moving through the car is stored in its body through nanotechnology! Isn’t that amazing? The same chassis will turn back in its original shape when a scratch occurs. This technology has encapsulated healing agents embedded in the material matrix.

\
A self-healing car! The same with the data of the future.

The new intelligent Lamborghini of data will be self healing. 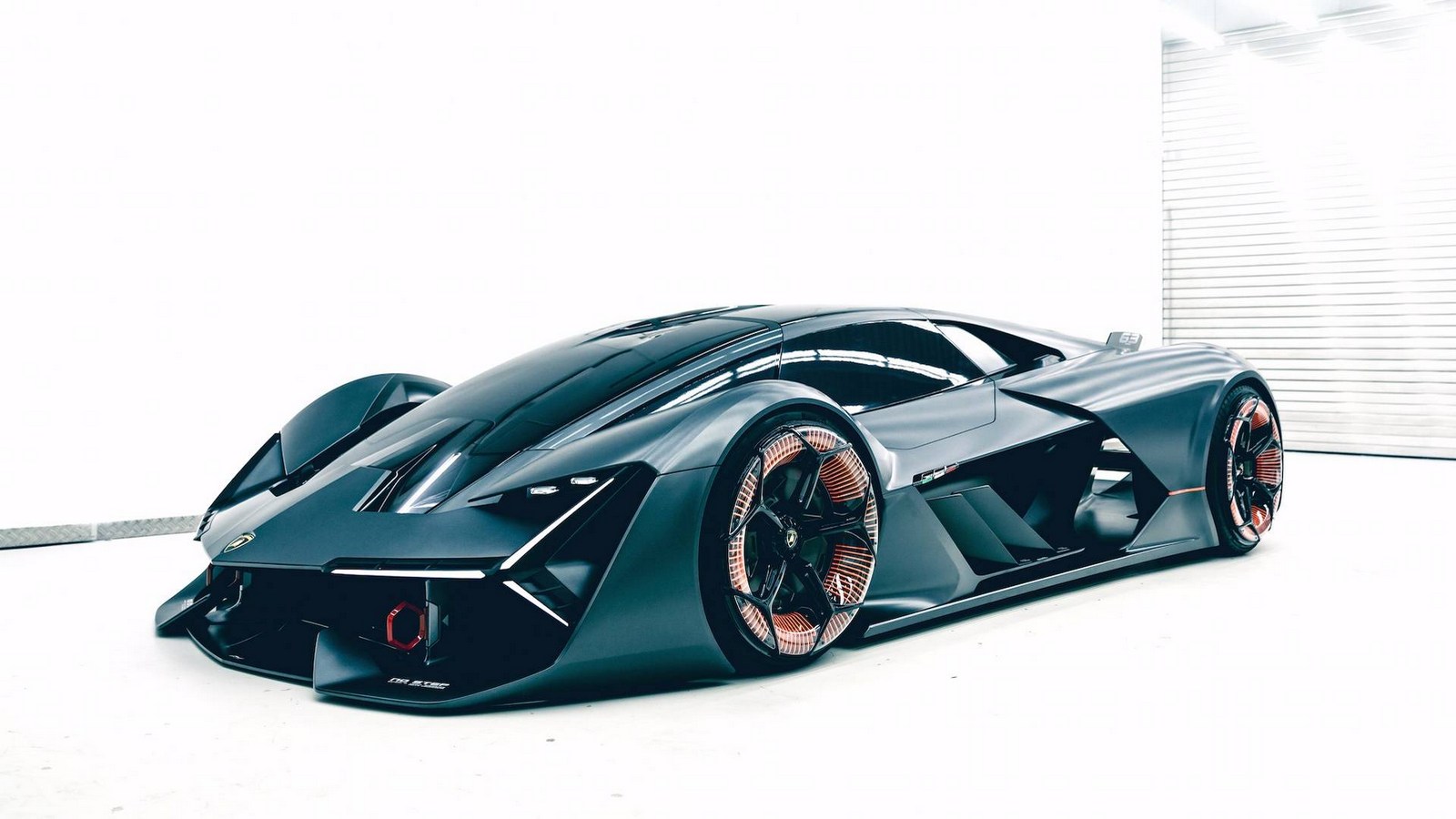 \
\
Compare this with a scratch on the hard disk that is recovered organically. Human error has no influence on operational availability, it’s nature itself that correct itself organically. This technology is no comparison to the many workers who need to control, repair, and check flaws and failures in the big data center solution. They will look prehistoric already in a few years’ time.

\
The Green Data of the future consists of those two very important properties. It is close to the end-user, operating at the edge, and it is self-healing—data as a self-operating organic mechanism instead of a regulated means of control.

Imagine when all the minds of the people who have no access to education and information would be able to work together and with the connected minds. What would that bring the world?

\
The next Nobel prize winner in physics might come from a small village in India. Some farmer’s kid in Uganda might invent a great medicine for curing aids. We are far from there yet. In remote areas in Africa, electricity is the first need, let alone to speak of a cheap internet connection.

Billions of people on the planet have been left out of the revolution of information and banking. The World Wide Web has become the Western World Web.

\
The unbanked and the illiterate are very often the same people. Crypto has the potential to change this. Data has the power to make the connection. Information equals knowledge equals power. Education is key. Even to learn about crypto for example.

\
In Uganda, the scam crypto project ONEcoin made 50.000 victims. Poor farmers that had to scramble to get 1 dollar together sold their houses and livestock to buy a package of ONEcoin.

They were promised money and easy life. Again, the most vulnerable and poor were misused in this pyramid scam. Why? Because of the imminent lack of information and education.

\
Education leads to empowerment. An internet connection and affordable data lead to economic inclusion, literacy, and possibilities. Imagine how much we, Western people, would learn from that new influx of knowledge, cultural diversity, and different world views?

\
It would spark a movement towards world unity coming from respect, understanding, and working together. A world where borders fall apart, where trade wars will be something of the past. At the basis is education and free access to a possible new information network for all. This is called WEB3 or the autonomous Internet. It is all part of the movement of decentralization, and many organizations and people are working on this right at this moment.

The cartels of information and data have been controlling who has access and who has not. Gatekeepers and firewalls are cutting the existing internet in pieces and are selling it to the highest bidders.

The original dream of a free uncensored Internet for all has capsized on an ocean of money, profit and centralized interest where the big boats of data are steaming ahead towards data supremacy.

\
They are about to hit the iceberg of decentralization and Blockchain technology.

The solution for big data centers is a distributed system of mini servers everywhere over the world. Developers, app-builders, storage seekers, and other data consumers will use the servers close to them. Another solution is to tab into unused computer storage and CPU power from consumers and pay them with a native token.

\
Think about innovative organizations becoming more and more neutral, where innovation happens at the edge. This is already happening to the money and will happen with data too. The decentralization of data means we need to consider the coming of the existence of a new autonomous, truly neutral internet not owned by anybody. The people would build it by ‘farming’ capacity, and it would be for the people using that capacity. A free, organic very intelligent, and green marketplace of data.

\
This model could change the current situation in Uganda. People with electricity, an internet connection, and some basic knowledge can start farming this capacity as of today. Usage would be in high demand since capacity is very expensive in poor countries for some shadowy reasons.

\
The revolution of data is threefold;

\
I have been looking around in decentralized Internet land and found a great initiative that didn’t fell for quick ICO money, for hitting an exchange too soon, that has been around for 5 years, slowly and steadily working on a new neutral Internet for all, ticking all of the above boxes.

\
As logic prevails, ThreeFold Network is the name of the new autonomous internet.

\
After building an ecosystem of distributed farmers of data for 2 years and testing the technology, the network is ready. ThreeFold has been the best-kept secret in decentralized dataland. The ThreeFold ecosystem consists of more storage and compute capacity than all other similar projects together. The community has been busy building in the shade.

\
According to ThreeFold, we need a shift of digital consciousness. From APP-centric to human-centric.

\
ThreeFold is in the business of making data sexy again, and they are doing a great job.

\
I love to hear about some more projects from you, dear Reader. Leave them in the comments. Together we make the new Internet—Green, local, self-healing, neutral and accessible for all.