Unless you’ve been living under a rock the last few months, you’ve probably heard everyone & their Mom talk about NFTs with a passion. It seems almost daily now when we get news that a random Malaysian impresario has parted with house money for the latest viral cat video – swearing on the brilliance of his wits.

\
With a market capitalization of $43bn & a trading volume of $3.6bn as of last month, it’s safe to say the NFT craze has hit an all–time high. In fact, as this article is written, the traffic for NFT-related keywords has surged by 426% since the start of 2021.

\
And judging by the current state of things, everything points towards this trend staying consistent for the remaining future  – or will it?

\
See, even though a good chunk of the general public has shared profound interest in the concept of NFTs - mainly the gaming, art & entertainment industries  –  the vast majority have still remained non-believers.

\
Labeling NFTs as inflated pieces of digital fluff  – with no real substance to back their outrageous price tags that will just another fad that will come and go like the Internet bubble of the late 90s. You know… the one that sunk a myriad of companies to the pit of oblivion.

\
Are they right though? Will NFTs face the same miserable fate other promising technologies have suffered over the years? Or… will they emerge victorious at the end of the line  – amounting to all the potential the world has placed on them since the beginning?

\
That’s the dilemma we’ve set out to address in the next few minutes. But before we clarify whether NFTs are just a big pile of thin air  – we first have to address the biggest elephant in this room.

For The Gazillionth Time: What In The World Is An NFT?

There are plenty of ways to explain what the concept represents. But in a nutshell… NFTs (non-fungible tokens) are simply a digital representation of ownership and authenticity of an asset. Non-fungible means non-exchangeable.

\
A Toyota SUV could easily be flipped for a similar model of the same value (the car is fungible - there are millions alike.) But if you owned the rights to a Ferrari 250 GT Spyder Convertible (which is the only one circulating) you’d quickly find yourself in an interesting dynamic. Regardless of what car you flip it for  –  you’d never get the same value in return (the Ferrari is non-fungible.)

\
And all that NFTs do is validate the ownership of an asset  –  but digitally. Say, instead of having the car itself, you had the original photo of Enzo Ferrari leaning into the vehicle back in 1950. NFTs allow you to create a unit of data of this digital picture and store it in the blockchain  - - making it 100% verifiable & incorruptible.

Essentially, anything that qualifies as ‘unique’ can be turned into an NFT. Take this article, for instance. It’s arguably the only one of its kind  –  and we could easily create a token out of it & sell it online.

\
This is the main use NFTs are being given at the moment. Artists & aficionados are creating tokens out of their media – such as art, music & GIFs. This looks cool in hindsight… but also does a great deal to diminish the perceived value of NFTs.

\
Because here’s the thing. The nature of the art industry is mostly speculative. And this has led the general public to believe the value of NFTs is fabricated out of thin air - -just based on pure human hype.

\
Which frankly, couldn’t be further from the truth.

\
It’s easy to read stories of users purchasing moving pixels for outrageous price tags –like the original gif of the Nyan Cat, which sold for $590,000 at an auction –and think every NFT is priced at an arm & a leg. When in reality, the average price of an NFT is sitting at a mere $120 USD.

\
Believe it or not, the value of NFTs can vary  – based on 4 different factors.

The 4 Building Blocks Of NFT Value 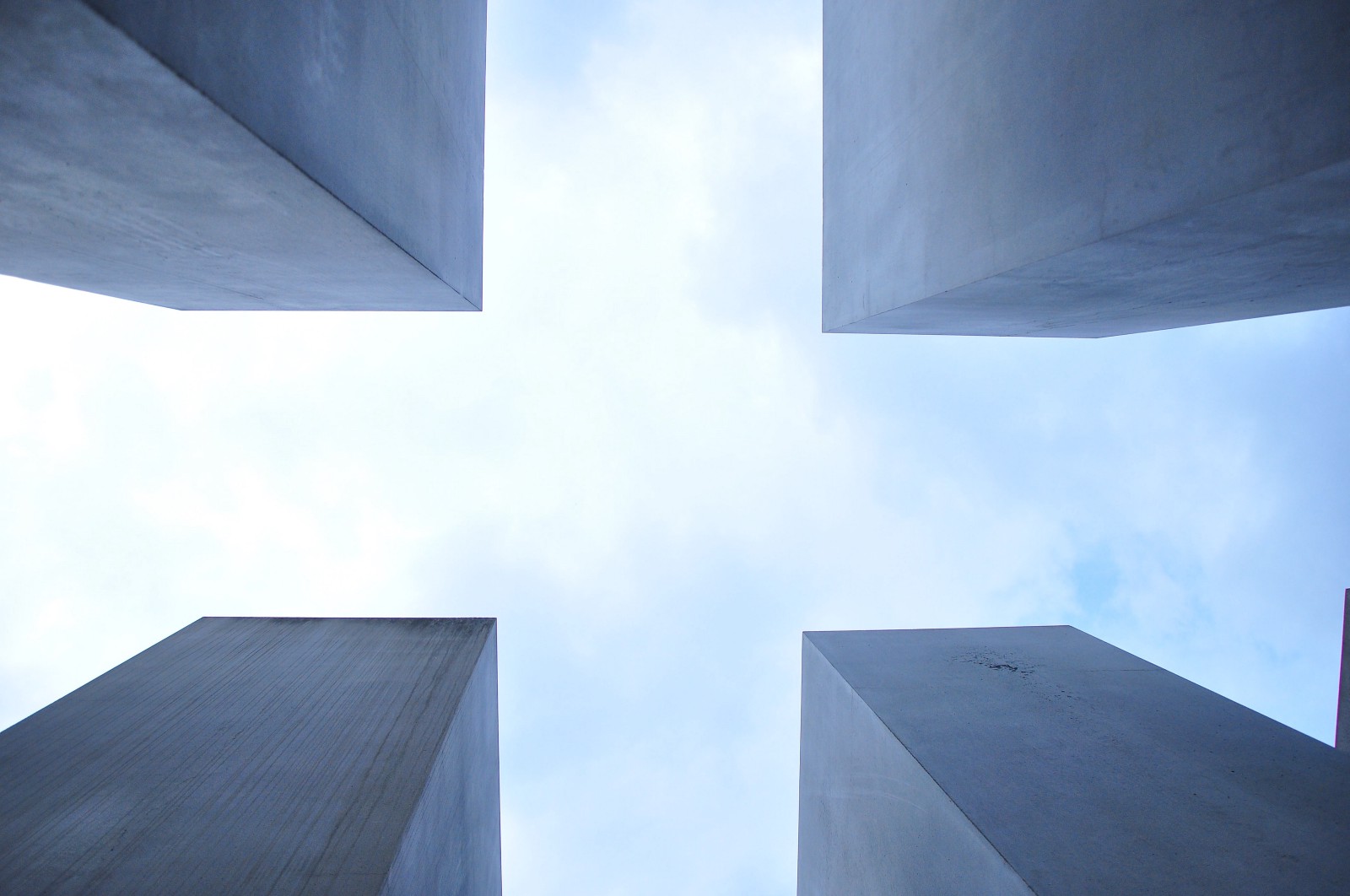 Out of the four  –  this is one of the core pillars each NFT should go by.

\
On top of the projected value a token expects to have, the NFT should possess a certain application that goes beyond speculation for the future  –  ideally a real-world application. This is called utility.

\
The current state of the space has led people to believe NFTs can only power moving pixels on a screen. Which they have proven to do  –  but it doesn’t paint the complete picture. At its core, NFTs have the ability to unlock so much more. A fine example would be Gary Vee’s recent NFT collection. Holders have the right to private access to him - and they redeem it in the form of a dinner, basketball game, or one-on-one call.

\
But this is just the tip of the iceberg. Off the top of the head, use cases for NFTs can range from:

Truth is, the possibilities are endless. NFTs aren’t just worthless files stored in cyber-webs. If used wisely, they can provide security for all  – well beyond anything current tech can offer.

\
And that… is valuable.

The initial users of a particular NFT  – or the previous owners - matter.

\
Take a random artist from the street, for instance. Create an NFT out of his best work. Place it at an online auction. And you might see some potential offers pop up.

\
Nothing to lose your head about –  but solid either way.

\
Now, take the same concept. But this time, pick one of Picasso’s long-lost paintings & create the token out of it. Chances are the offers you’ll get from said NFT will blow you away  –  likely in the upwards of millions of dollars.

The matter is clear: Whenever a famous artist, celebrity, or brand owns the rights to anything  – the perceived value of said asset instantly increases.

\
Not that long ago, Doja Cat minted a single edition crystal token of her famous song ‘Need to Know’  – which sold for $188,888. It’s hard to believe a token would have sold for that amount if it came from a random Joe from the Internet  –  and that’s the effect ownership history can have on the value of an NFT.

\
Admittedly, judging value based on this metric can be hard to come by. After all, if this artist doesn’t stay relevant throughout time  – will this token even keep its value long-term? Nevertheless, if any significant individual has owned a particular NFT at some point, it should very well maintain its value.

I don’t care what year it is. But an NFT of a collectible basketball card signed & used by Michael Jordan himself – during his legendary championship runs - would do nothing but increase its value like a bottle of aging wine.

\
The supply & demand principle applies not only to physical items  – but the digital sphere too. NFTs are inherently unique by design. But as time has run its course, it’s pretty evident some are far rarer than others.

\
NBA Top Shots recently took this metric to the extreme. By releasing clips of certain basketball moments performed on the court  – and rating them based on tiers. The most iconic ones get minted less in comparison to the regular clips, making them more ‘rare’ - and that influences the value & final pricing of the shot.

All in all, NFTs come in different shapes & forms. And it’s up to the creator–and market–to truly determine the level of rarity of the token.

Nothing is truly an asset if you can’t sell it for higher in the future. High liquidity means an NFT which stands the test of time & is demanded by the market –  even years after its initial creation. If the market does not desire your asset for any reason, you will stumble upon a major roadblock. High liquidity is essential to preserve the value of your investment.

\
It’s for this reason that investors tend to place their money in NFT assets that have a high trading volume. The more demand there is for your NFT, the easier it’ll be to sell it –  and the less the chances you’ll have to cut your losses.

\
For all the shade CryptoPunks have received over the past few months… it’s undeniable their market has liquidity  – at least at the moment. Even if it’s just to show off & display their purchase on social media, the end result remains the same.

As long as the market collectively perceives an NFT as ‘valuable’  – it will trade accordingly. Regardless of what the naysayers may think of your purchase.

We hope this article has helped you put a finger on the true value of NFTs.

Right now, the space finds itself at an early stage of development  – making it really tough to pinpoint what it will become in the future.

\
But if one thing is certain, is that NFTs have real-world applications. Even though it’s powering a current fad for the moment  –  i.e. selling moving pixels for house money - it isn’t the fad itself. Back when the Internet was raising eyebrows because of how fast it was growing - people were quick to level it a ‘fad’ that wouldn’t stand the test of time.

\
Several companies hopped on the bandwagon for all the wrong reasons  –  and that led to the massive bubble that emerged. Once the hype died down, several of these companies disappeared - but not the technology itself. The Internet stuck around and went on to revolutionise how the world interacts with information.

\
NFTs have the same world-changing potential.

Every piece of content you create can be a piece of art. Clout.art turns your most successful social media posts into unique NFTs.