Imagine you wake up one morning to find that your DeFi lending protocol is on the verge of a liquidation.

\
“What’s the big deal? Liquidations happen all the time,” you say.

\
No big deal except it could trigger a chain of events that would potentially collapse a whole blockchain and render a cryptocurrency useless.

\
“How did this happen again?”

\
Long story short,  you loaned 95% of your crypto deposits to a single whale.

\
If Sol had plummeted to $22.30, it would have automatically liquidated 20% of a single user’s loan— $108 million USDC and USDT borrowed against 5.7 million ($170 million) in SOL collateral and caused a huge risk to the network. \n

Yes, it’s not uncommon for DeFi apps to deposit a large volume of tokens in collateral when users wish to borrow against other tokens.  \n

Other popular DeFi lending platforms like Compound, AAVE, and Maker had done this before and handled large-scale on-chain liquidations without breaking a sweat.

\
But the same can’t be said for Solana, as it has already crashed in the past and straining the DEX with a $21 million liquidation will not bode well for its users. \n

Additionally, the incident will incentivize other liquidators on the chain to spam the network with liquidations and earn lucrative profits for their efforts, further damaging the network. \n

That’s not all. Since SOL’s liquidity pools can’t handle such a huge transaction, it would fail and cause bad debt.  \n

It would also cause users to pull out funds and cause Sol prices to drop to historic lows. In short, one transaction would snowball into a huge crisis for Solana.  \n

So, what did Solend do to avert the crisis, and what can we learn from the fiasco?  \n

We’ll answer these burning questions while breaking down the Solend fiasco in this article.

Solend’s pseudonymous co-founder Rooter took to social media sites like Twitter and Reddit to get in touch with the whale and get them to pay more collateral. 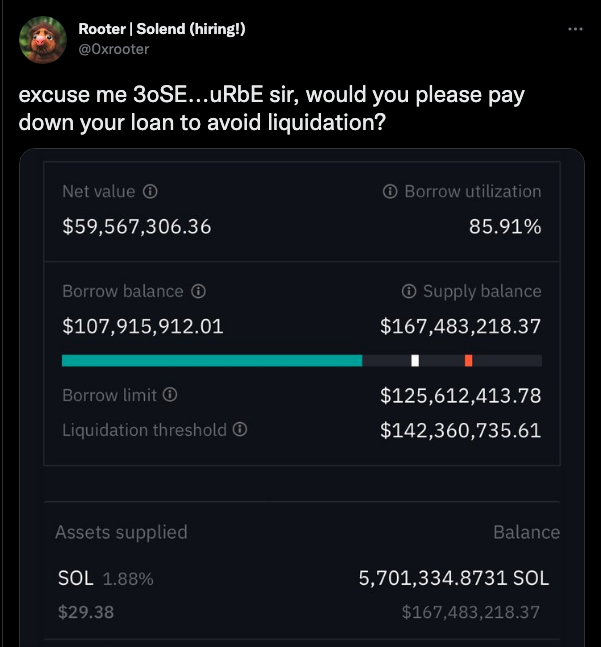 \
But the whale refused to restructure the loan and the plan went bust. So, instead of stopping withdrawals like Celsius did, Solend canceled all borrowings.

\
So far, so good. But they still had to get an Over-The-Counter (OTC) trade and here’s where they messed up.

\n They took a drastic step and held a governance vote to hijack the user’s wallet and execute the trade themselves. 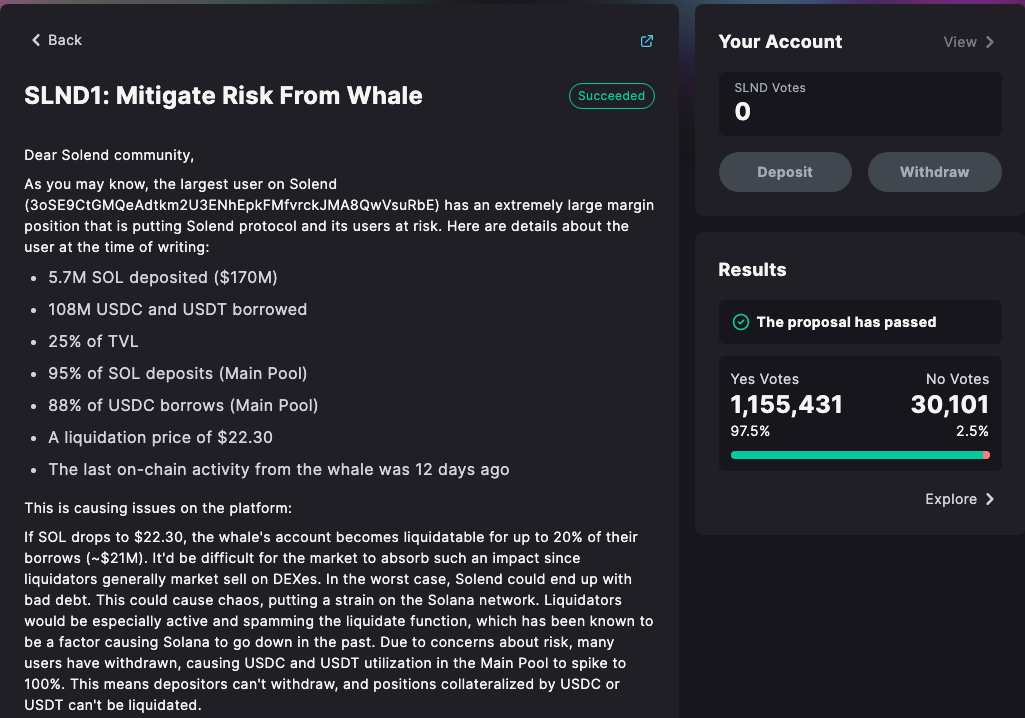 \n Since Solend was stuck between a rock and a hard place which threatened the collapse of a whole blockchain, they chose the lesser evil.

\
Still, one can’t deny that the move was unethical and went against the ethos of crypto. Twitter and Reddit users called it a “centralized” move that set the wrong precedent for DeFi because: \n 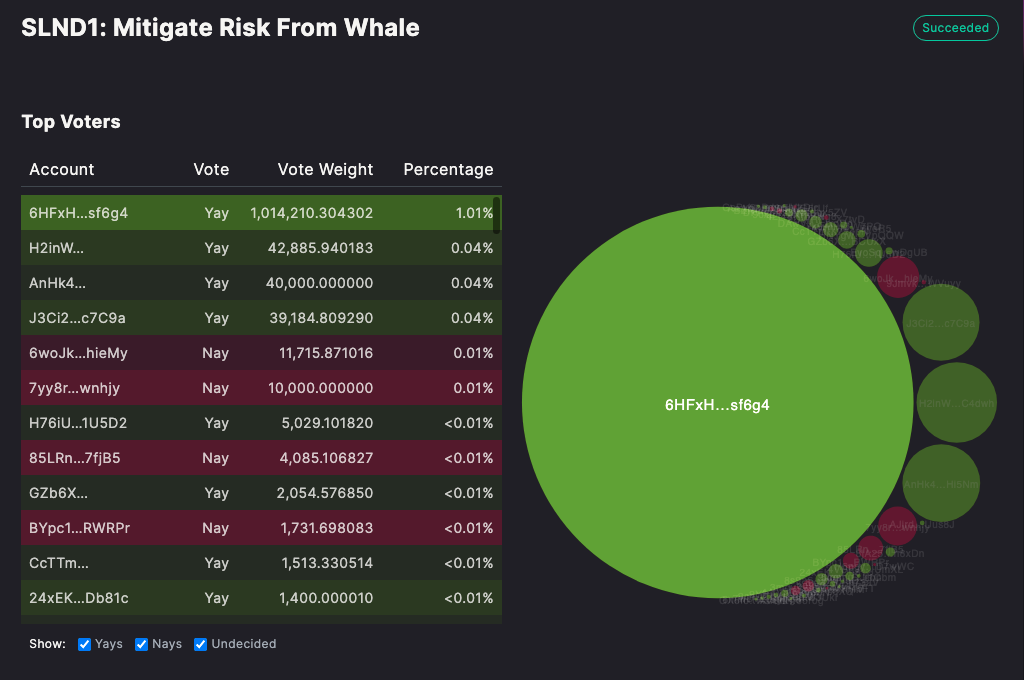 \
After the online backlash, Solend held another governance vote to overrule the previous one. By this point, Rooter’s parallel outreach efforts had borne fruit, and they’d found another way to convince the whale. 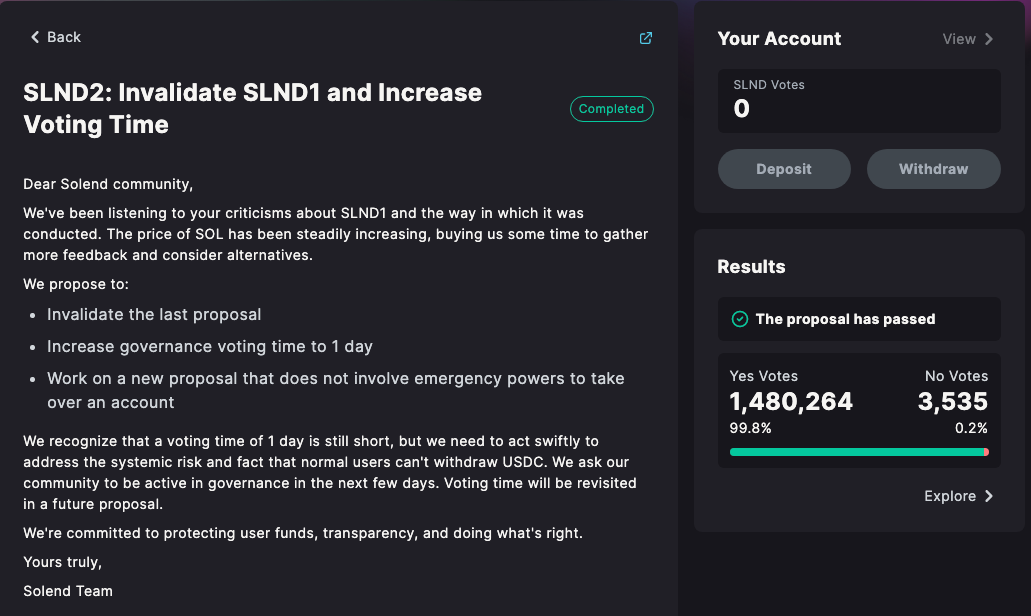 \
Binance, the world’s largest cryptocurrency exchange, managed to get in touch with the borrower whale via email after which Solend members convinced them to restructure and redistribute their loan.

\
Over the next few days, the whale moved their loan from Solend to Mango Markets, another DeFi lender on Solana.  \n

The SOL Token price also climbed steadily and reached a stable $38.55 by that time (June 23rd), so the crisis was averted.

\
Rooter also took to Reddit for an AMA session to underscore Solend’s future measures and answer users’ questions about the crisis. 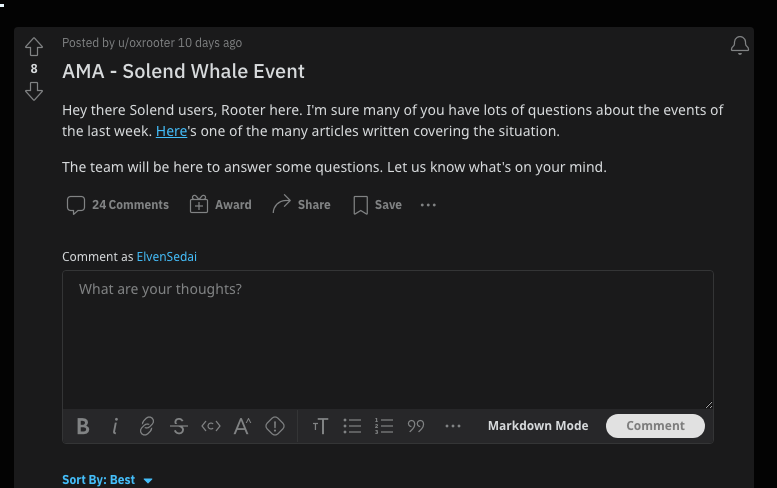 \
After the Solend fiasco, Solend held a third governance vote to limit the borrowing to $50 million and said that any debt above the limit would be eligible for liquidation regardless of the collateral value. 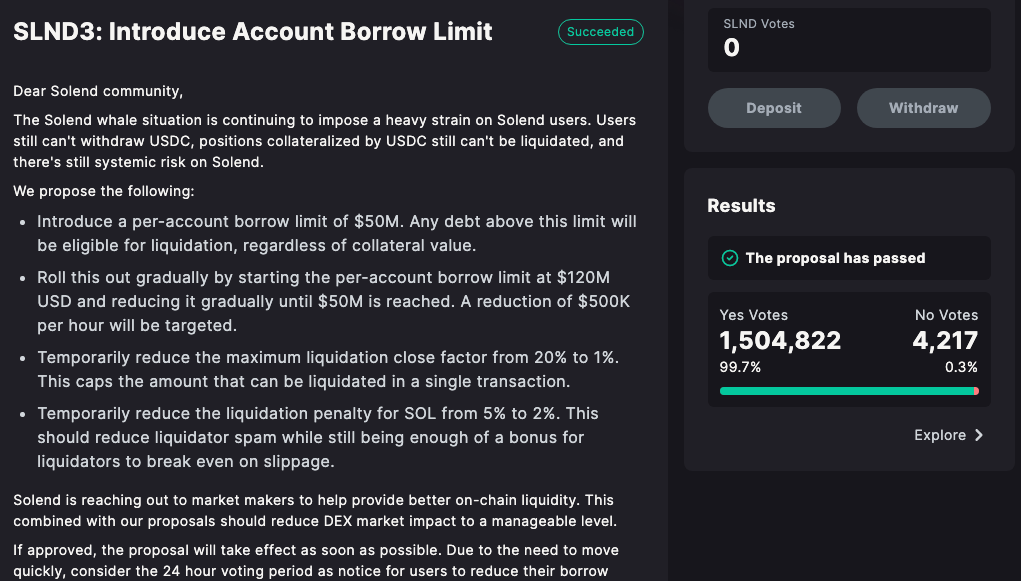 \
The proposal also stated that Solend is reaching out to market makers to improve on-chain liquidity and reduce DEX market impact to a manageable level.

\
But how could Solend have prevented this from happening in the first place?

\
For starters, it could’ve prevented over-collateralization. Yes, this practice is pervasive in the crypto-community owing to the anonymity and the high returns such activities bring.

\
But the trend has now reversed, and the Total Value Locked (TVL) for all crypto assets has plummeted. So, Solend could’ve avoided going down this path, given that they kept tabs on market trends and had a fair idea of their liquidity pools’ capabilities. 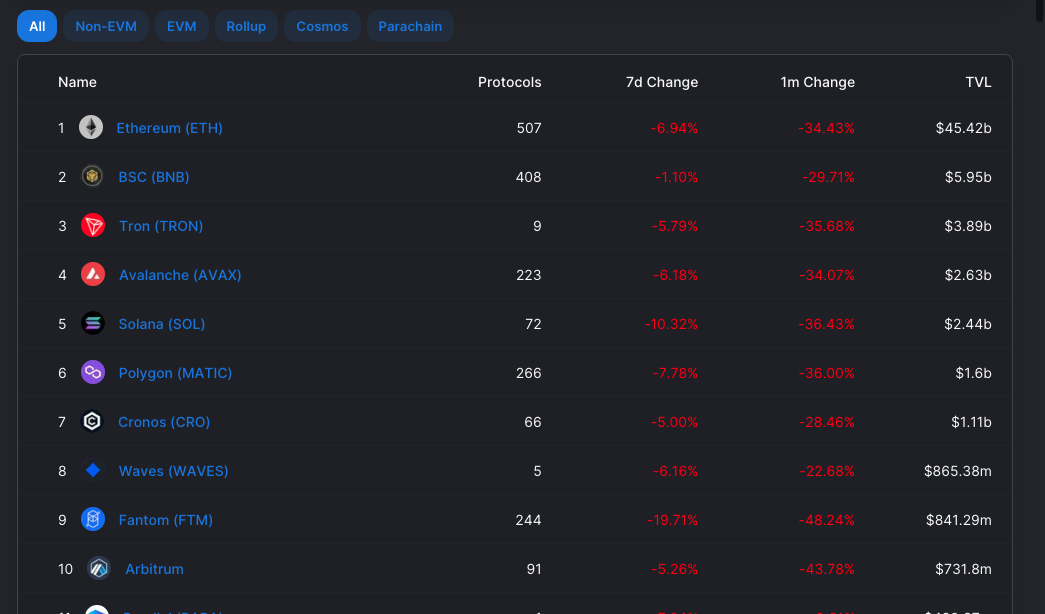 \
And when it comes to governance, there’s no doubt that Solend sucks big time. Currently, it has a stake-based voting system where 1 token constitutes 1 vote.

\
The primary idea behind this system is that a higher stake would mean that the person would vote such that the protocol succeeds and they reap mutual benefits.

\
In other words, the greater the stake, the better the governance decisions. But this is a naive approach as there’s no guarantee that a person holding many tokens would make the right decisions.

\
Also, people who hold high stakes in a DAO are more likely to be too rich and too busy to participate, as shown by the graph below. 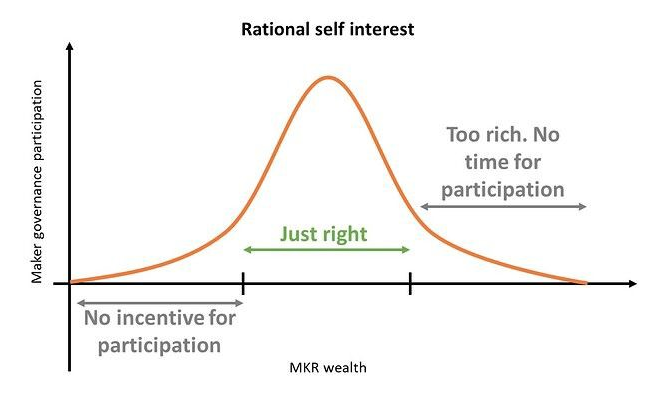 \
So, Solend would be better off if it adopted more efficient voting mechanisms like 1 Person, 1 Vote (1P 1V), wherein members must produce a “proof of stake” to vote, and everyone holding X amount of DAO governance tokens have the same voting power.  \n

They can also go down Oxford Blockchain Society DAO’s path and impose a ceiling wherein no member of the DAO can hold more than X% of the governance tokens.

\
There are also other voting mechanisms like liquid democracy and holographic voting, which can be used in combination with their existing mechanism or the 1P1V method, but this may hinder members from participating in the vote as it makes the process too complex.

\
Solend is a promising protocol, and it aims to leverage Solana’s cheap transaction fees and high throughput to make it the preferred destination for DeFi.

\
But it’s still too early to bite off more than it can chew, so Solend must take the necessary measures to bring liquidity to its platform before lending out massive loans.

\
Also, right now, a lot of Solend users are backing out of the platform because of the deep-rooted centralization embedded in the governance and the Solana platform itself.

\
So, the protocol must work to better its governance to earn back the trust of the crypto community and ensure that their contributions to DeFi are taken seriously.