One of the first things players will quickly realize about the gameplay in Monster Hunter Stories 2: Wings of Ruin is that finding the right monster (or “monstie”) eggs is crucial to progress smoothly through the overall story.
Of course, this is nothing new to those who have played the first Monster Hunter Stories game. Since Wings of Ruin is an introduction to the Monster Hunter spinoff series for a lot of gamers (like me), then there is some information about monstie eggs that is important to know before getting too far into egg hunting. Let’s face it, searching for the best monstie eggs is a huge part of the core gameplay.
Let’s get a couple of things out of the way first.

What is Monster Hunter Stories 2: Wings of Ruin?

Wings of Ruin is part of the Monster Hunter spinoff series by Capcom. It is the stand-alone sequel to Monster Hunter Stories, which was released for the Nintendo 3DS in 2016. In Wings of Ruin, players must figure out the secret to mysterious light pits that show up randomly in the different locations and affect the behavior of wild, but otherwise harmless monsters by making them “rage-rayed.” Meanwhile, players must also discover more about their new main monstie pal, Ratha, who is foretold to hold the “wings of ruin” that will bring destruction to their world.
The general gameplay of the series includes players traveling across the world to complete the overarching story, while stealing and hatching eggs to create the best monstie party to aid them in their journey. Creating strong monsties is important for winning the many turn-based battles that players will encounter throughout the story – this is where egg hunting comes in.

Monstie Genes and Why They Matter 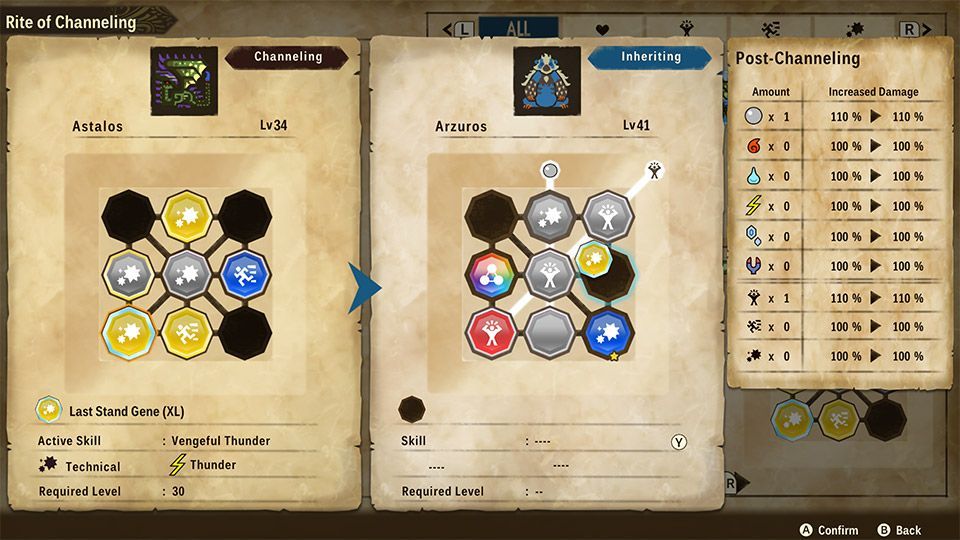 Any Monster Hunter Stories 2 egg guide would be incomplete without delving into the gene aspect of it because this is the reason you hunt for eggs in the first place.
Genes are basically the root of any monstie’s power. Each gene is different and can be based on fire, water, ice, and non-elemental battle techniques. Some genes are highly desirable and rare, such as the rainbow gene, which serves as a “wild card” for any genetic power lineup the player chooses.
The source of each power comes from a monstie’s “bingo card,” a 3X3 card where players can place different power combinations in the slots. A certain power can be strengthened if players line up the same power type in a row through something called the “rite of channeling.” This is important to understand, or players will struggle to gain the upper hand in battles.
Here’s a video on the rite of channeling and how it all works:

Now that I’ve explained the importance of monstie genes, it’s time to talk about how to find the eggs that hold the genes that players will want to seek out the most.
First of all, the best indicator of a good egg is what Navirou, your Felyne companion, tells you about the eggs you sift through in a monstie nest. If a player picks up an egg that Navirou describes as being stinky and heavy, then the egg has a higher chance of hatching out a monstie with rare genes. 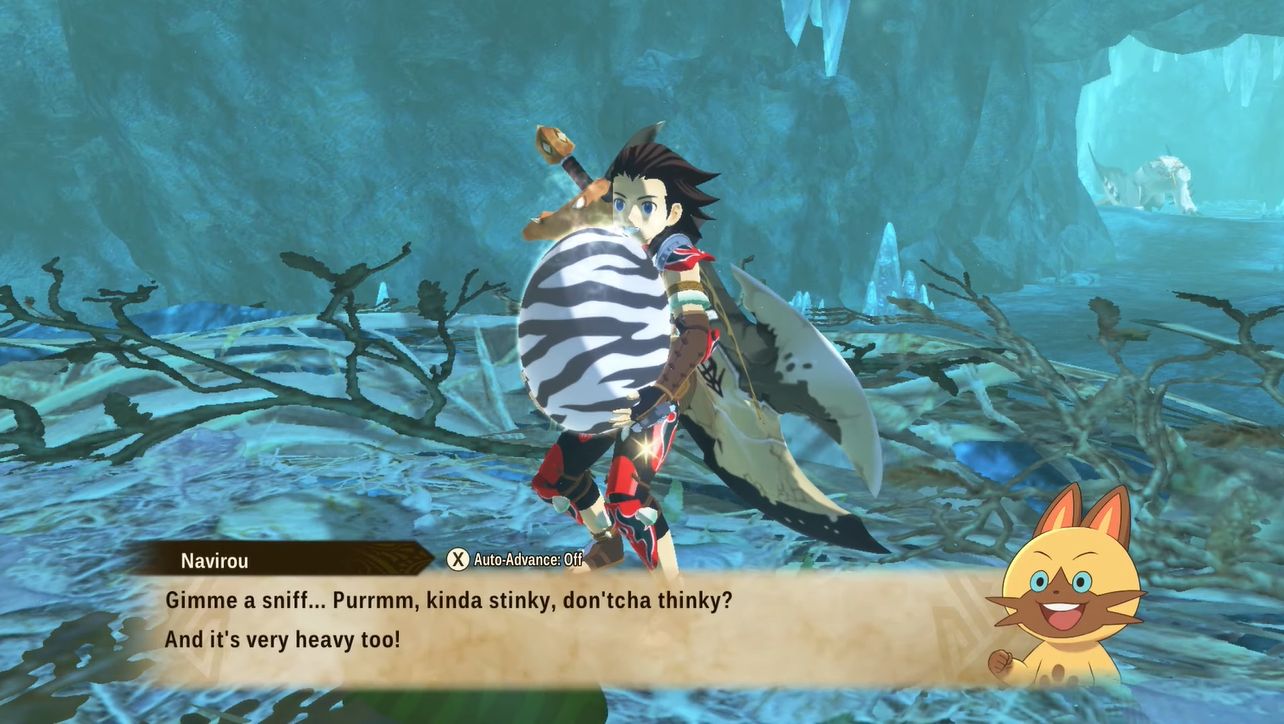 The colors and pattern on eggs also determine what monstie will be hatched. After several egg hunting trips, it quickly becomes clear what colors and patterns belong to what monstie species. It’s all about memorization, really.
Besides Navirou’s egg descriptions, another way players can tell if the egg might hold rare genes is if it shines when picked up. Shiny eggs definitely have a higher possibility of containing sought-after genes.
Another essential part to mention in any Monster Hunter Stories 2 egg guide is the color of the glow while the egg is hatching:
Here is an example of both types of egg glow: 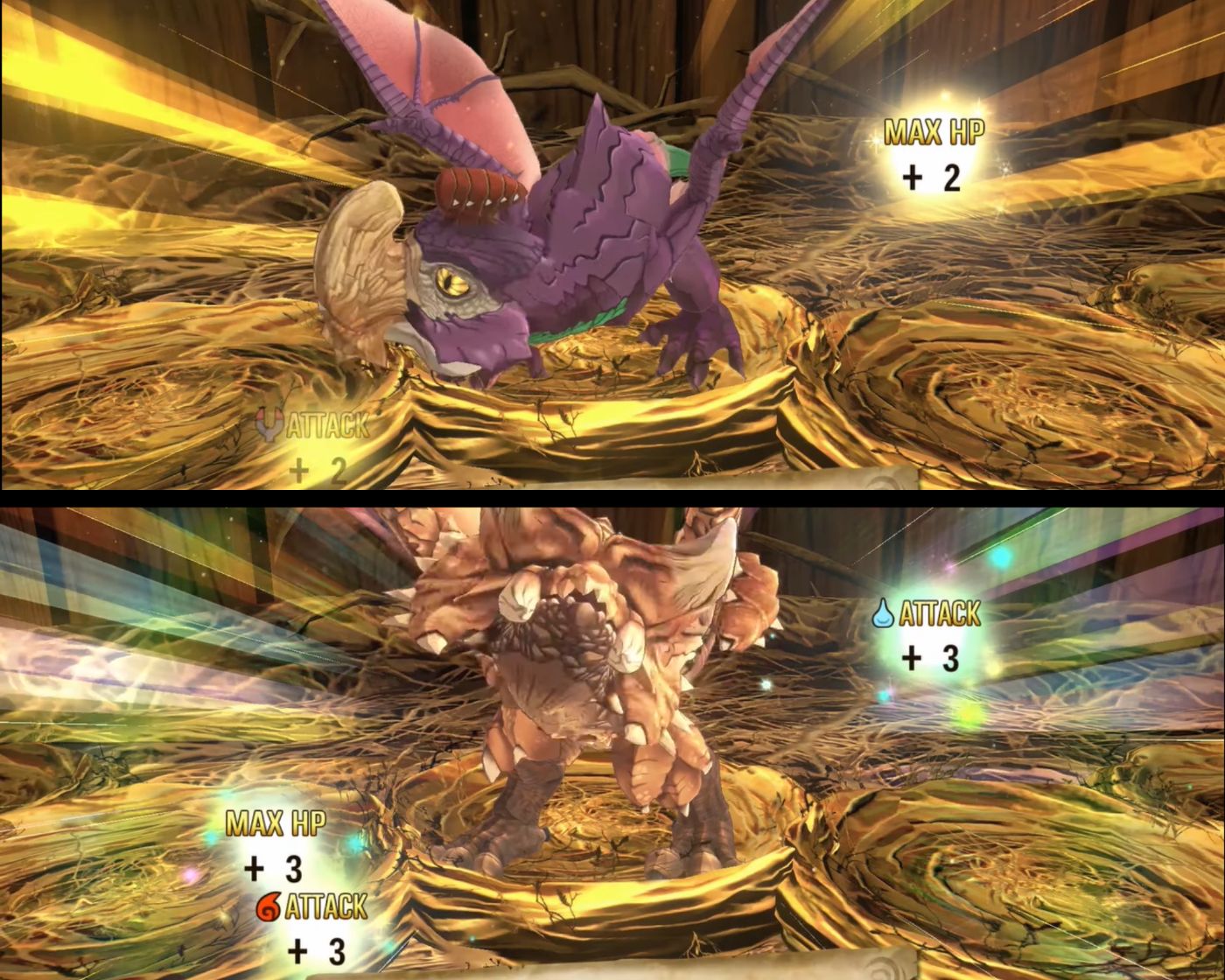 If players pay attention to these factors while egg hunting,  finding rare monstie genes will be a bit easier.

How to Find Rare Monstie Eggs

Now that it’s clear what to look for while egg hunting, where exactly do players find desirable monstie genes? Technically, they can be found in any monster den if players remember the traits to look for, but there’s a much better chance of finding those egg traits in rare monster dens. These dens have a golden glow on the outside instead of the usual rocky gray look of a regular monster den, so they’re pretty easy to spot while traveling.

That’s all! Hopefully, this guide will make for some pleasant and easier egg-hunting adventures. True, there is a lot to take in here, but it gets easier as the game progresses and players figure out which genes they want for certain monsties. It’s great that Capcom really went all out with the gene system this time. Being able to place genes in certain bingo card slots has made battles so much easier in the long run and made egg hunting feel like it’s actually worth it in the end.
Source