BattleFly is an upcoming strategy game where players can own, modify and battle other players using their mechanical bugs called BattelFlys. Gameplay elements include Player-vs-Player (PvP) and Play-to-Earn (P2E) battles.

The story is set in a world where artificial intelligence (AI) has surpassed human intelligence. In their quest to control the remaining resources on Earth, humans combined AI, DNA, and military tech to create the BattleFly, mechanical butterfly-esque, killing machines. Over time, the BattleFly became the dominant weapon system on Earth and was mass produced in the billions via automated silos.
Eventually, a war broke out and their human creators disappeared with only a few remaining. This leads to a management program named Tsuro 2.0, taking over the world and soon the connected universe. Tsuro 2.0 leads a group of five AI called C.O.N.T.R.O.L. that aim to maintain order in the universe.
However, there are AI's that survived the collapse which aim to destroy the world and spread entropy throughout the universe, whilst others aim to dominate it. One of these AI's, named Father B, consumed all of the organic matter on Earth. Another AI, named HELL-A, wants to rule the universe alone, and she uses her army of BattleFlys to do her bidding.
BattleFlys serve multiple AI masters and travel between different worlds, destroying anything that gets in their path. They eventually come across a Rift in the sky that leads to other dimensions, to the Bridgeworld. 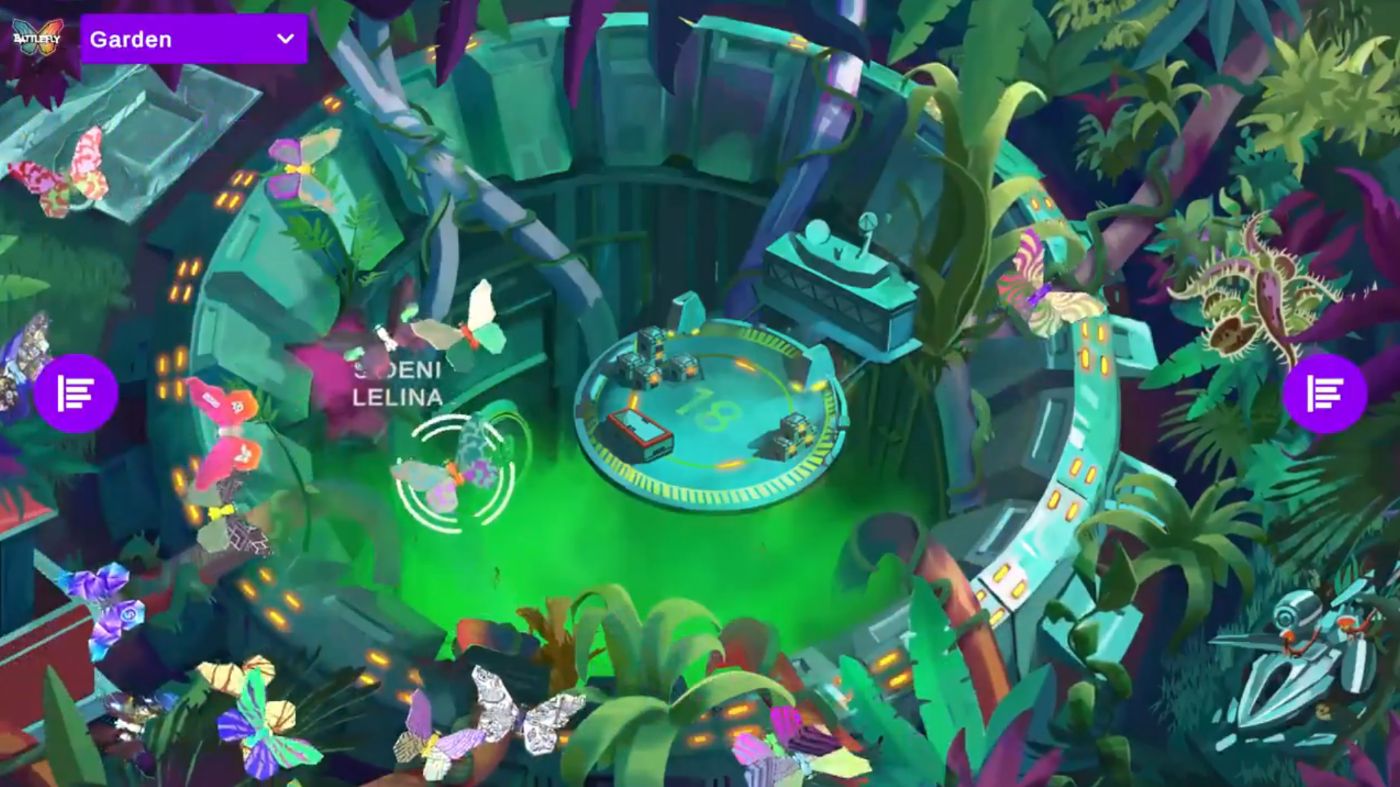 BattleFly will mainly revolve around PvP battles where players can fight against each other with their BattleFlys, which exist as in-game NFTs. Minigames will also feature in the game, where players can earn in-game rewards for completing them, one example being BattleFly Racer.
Players start out by staking their Cocoons with 5 MAGIC in The Silo in order to spawn their first BattleFlys. BattleFly's will spawn from their cocoons in 2 weeks and they start out with four, random modifications which include shields, weapons, and systems. Modifications can be upgraded and new ones can be earned by staking MAGIC in the Gardens. 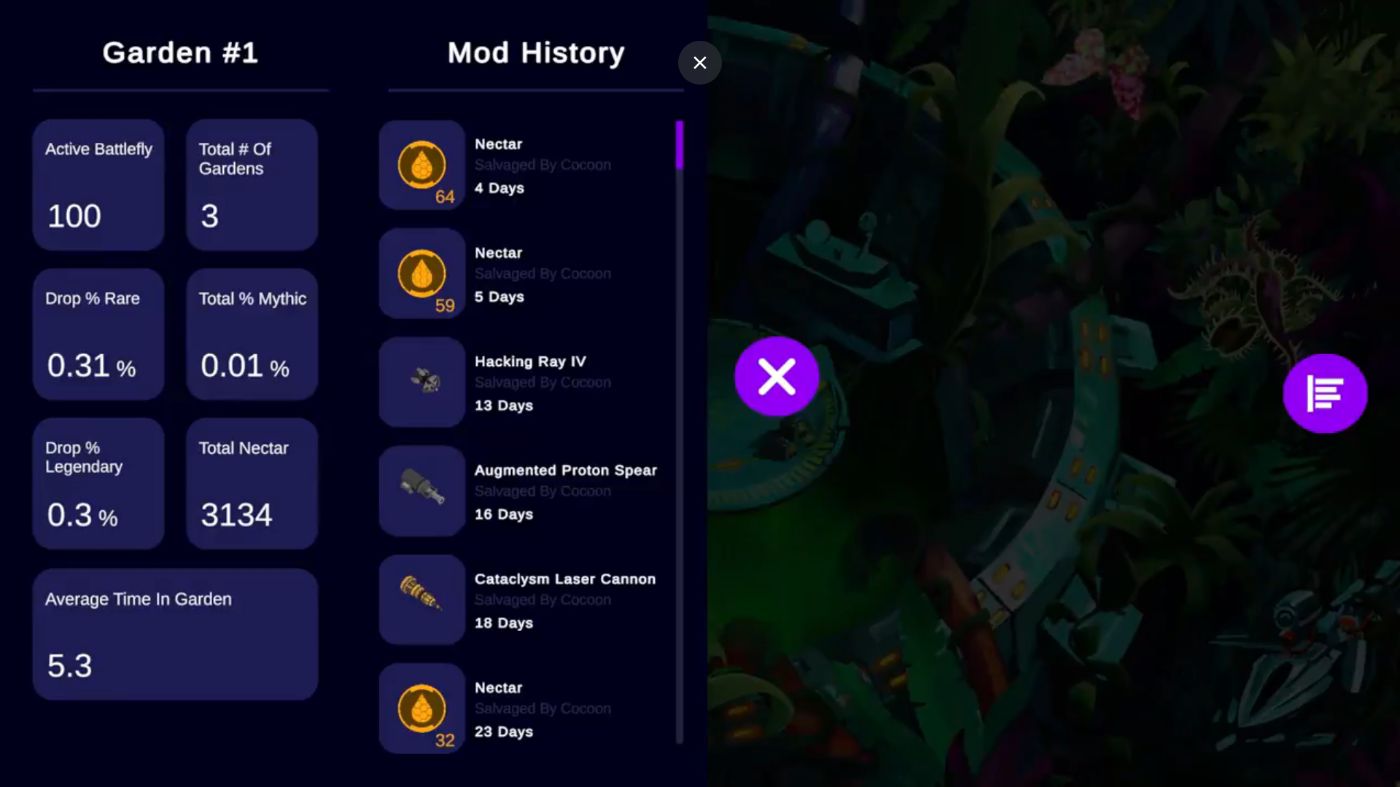 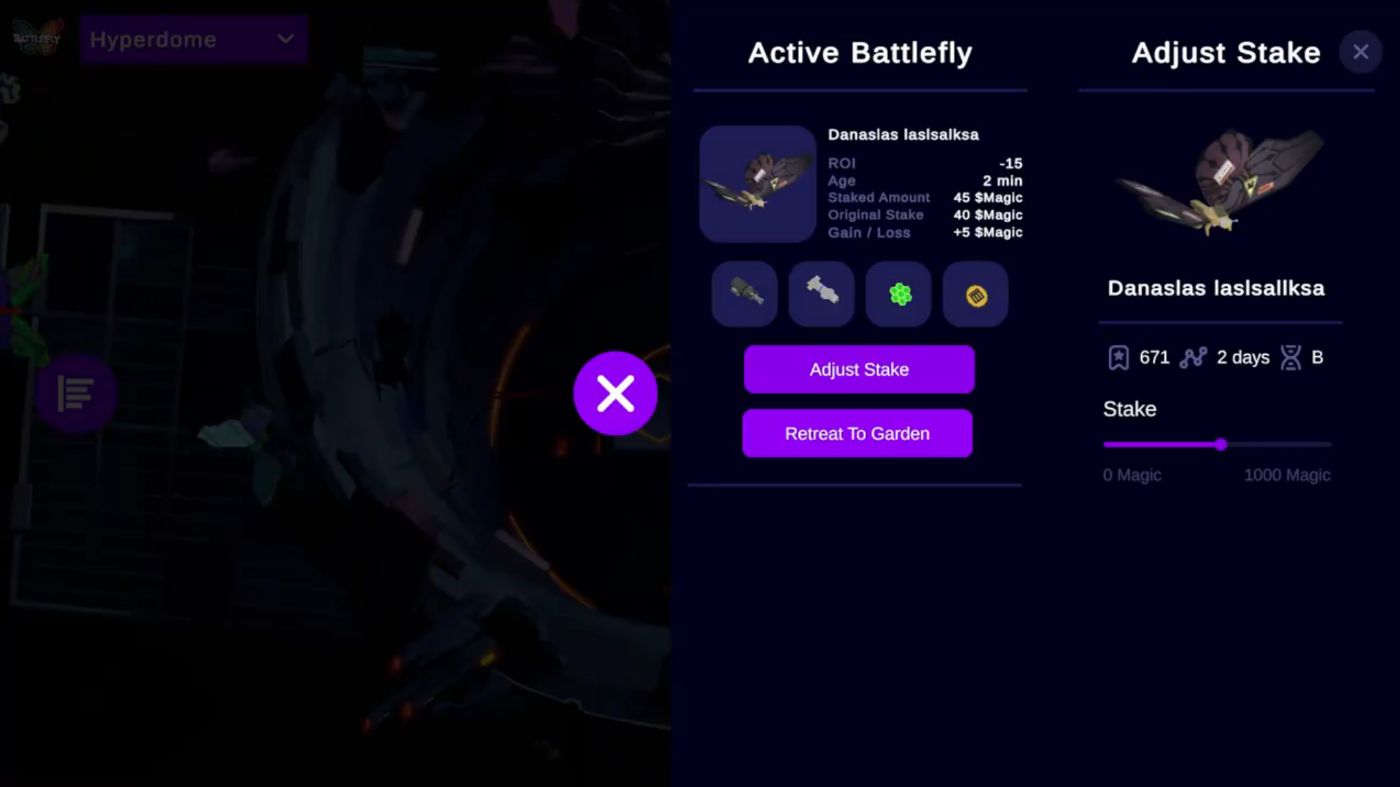 Like mainstream games like Fortnite and PUBG, BattleFly will have seasons, each one consisting of 12 weeks. In Season 1, BattleFlys that win battles will receive a portion of the losing player's staked tokens, meaning that players will need to ensure their BattleFlys are equipped with suitable weapons and defensive modifications.
Players will be able to earn or lose MAGIC based on how well optimized their BattleFlys are.

BattleFly is an upcoming, idle strategy game with P2E elements and PvP combat. Players will be able to customize their BattleFlys and battle other players to earn tokens. This looks like an interesting addition to the blockchain gaming ecosystem of games.
Source