Is Quantum Healing The Theory of Everything? Here’s What Science has to Say

Twitter feud between Deepak Chopra & Brian Cox in 2014
In his book “Quantum Healing: Exploring the Frontiers of Mind Body Medicine,” alt-medicine advocate Deepak Chopra claims that his “Theory of Everything,” brings together the fields of Biology, Physics, Genetics, and Medicine using the concept of Quantum Healing. The “Theory of Universal Consciousness,” that he co-authored with the American Physicist Menas Kafatos lie as the foundation for this claim.
Table of contents

What Is Quantum Healing?

Based on the universal consciousness theory, Chopra claims that the integration of Ayurveda and Western Medicine can cure cancer and even stop aging. All such propositions and more are rooted in one core assumption, without which the whole theory would crumble and would not live to see another day, and it is this:

We all have a quantum mechanical body (QM body) via which the reality as we know exists – the mind creates matter via QM body.

This is what Deepak Chopra calls quantum healing that supposedly allows us to manifest reality. Chopra conducts weekly retreats, events, etc, to promote this healing. And nowadays, there are hypnosis, Med Beds, and other alt-health methods that also advertise this type of ideology. While millions of people across the globe already subscribe to this idea, the theory itself is fundamentally flawed and fails to hold with actual quantum mechanics.

In quantum mechanics, the state of a quantum particle is defined by its probability distribution – wavefunction – which is derived by solving Schrodinger’s equation. That is, all you can ever determine with quantum physics is a probability of possible outcomes. David Griffiths summarizes this as:

“All quantum mechanics has to offer is statistical information about the possible result.”

Many attempts at making sense of the above fact have produced a bunch of hypotheses so far. Some are scientifically valid as the many interpretations of QM, while others are just guesstimated pseudoscientific claims like quantum healing.
Quantum healing suggests that we can manipulate these wave functions to manifest the desired reality, or at least that is the only way you can do it if you want a certain outcome purely driven by the power of your mind, via QM body. 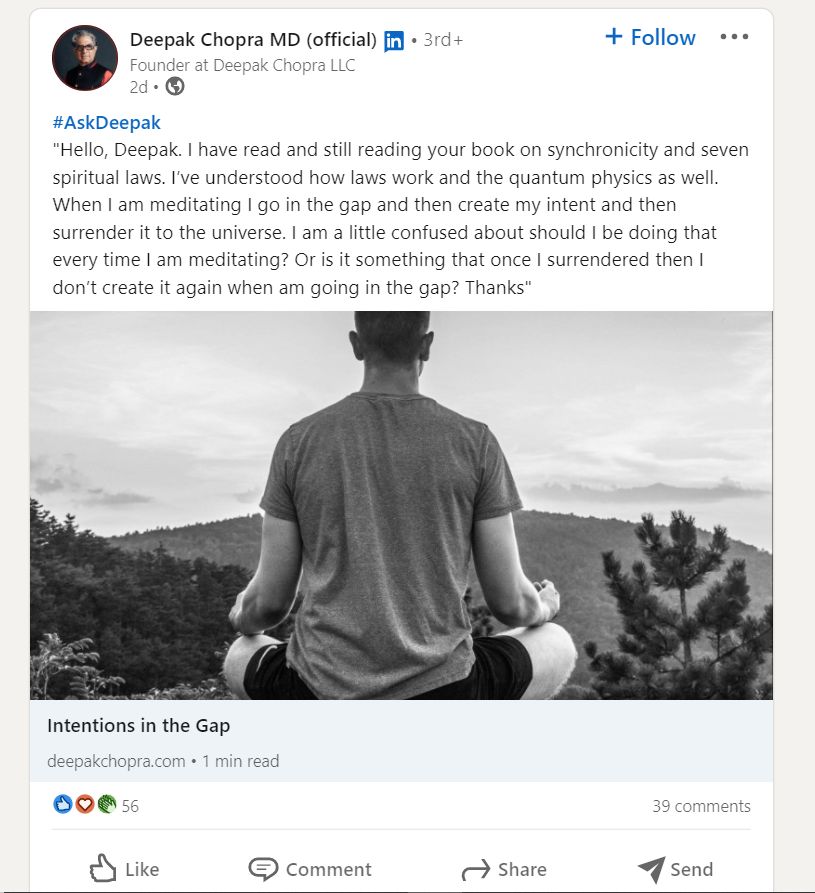 LinkedIn feed of Deepak Chopra. Full context here.
Deepak Chopra admits that we won’t ever see a quantum mechanical body, much like we won't ever see any quantum weird but only weird consequential effects of it – quantum entanglement, quantum tunneling, etc. Deepak Chopra asks us to believe that the QM body lies at the edge of all things material and immaterial, spewing reality as we know it. He calls this:

The mind creates the matter, facilitated by the conscious universe where everything is conscious, and therefore, we are the universe looking at itself.

While that is some alluring poetry, it is not how reality or quantum mechanics works for two reasons: One is the interpretation of QM and the other is decoherence. Those two concepts are connected, and decoherence does not solve the measurement problem, but it does give us a better understanding of what's actually going on. I already discussed the Interpretations of Quantum Mechanics with quantum immortality, so I’ll dive into decoherence now.

By definition, quantum decoherence is the loss of quantum coherence. It is the process where a quantum system loses its information to its environment, be it a change in an electric field, or a conscious observer. Even if we don’t exactly know what is considered as a measurement, we know that it is not strictly exclusive for conscious observers only.
If the quantum mechanical body is gatekeeping the quantum realm from us, decoherence would never allow us to manipulate it to yield our desired result, because that would require absolute measurement of the quantum states. And by nature, the result is random and erratic. 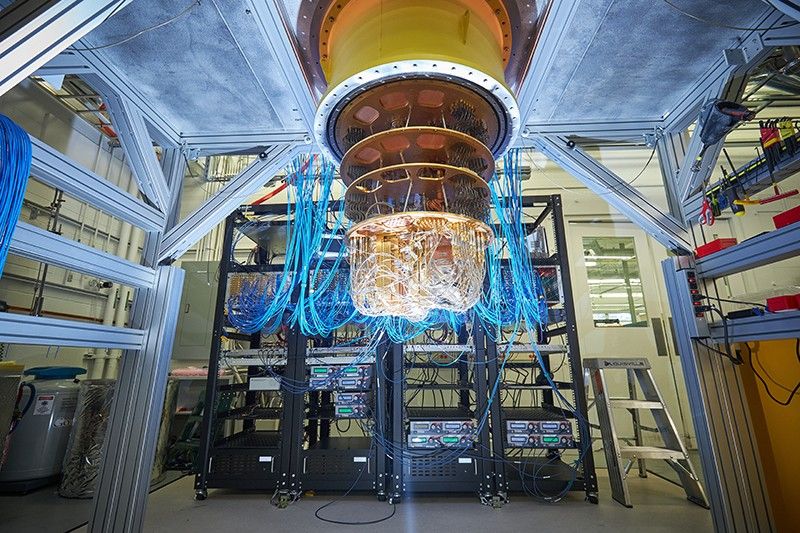 Google’s Sycamore processor by Rocco Ceselin for Nature
All of this might seem like a semantics game at first, but decoherence is a legit problem in the field of quantum computing and quantum information theory. Because quantum computers solely rely on quantum coherence to operate, and that is what distinguishes them and gives enormous power over classical computers.
Before we brush off quantum healing as an invalid topic for science, we need one more blow for a total knock-out. We have to investigate another controversial topic that's based on actual science, quantum immortality.

Why is this important?

In a lecture following the publication of his book that formulates “The Theory of Universal consciousness”, the physicist Menas Kafatos talks about how his concept is an alternative explanation to the multiverse that keeps popping up in many subfields of physics. After a certain point, his arguments skew away from actual science to philosophy and spirituality, leading us all into the dark.
Quantum healing's real effects on its millions of global followers are one thing, but to sell it as actual science by “confusing people,” as said by Richard Dawkins in a debate with Deepak Chopra, is another.
Following that heated Twitter exchange between Brian Cox and Deepak Chopra, Brian Cox went on to Conan to emphasize why this type of mysticism is a no-go (Bit of “Don’t look up” vibe). Dave Farina, from the Youtube channel Professor Dave Explains, has an interesting analysis on the subject and gives more context on the broader issue with quantum mysticism and how supplanting Science with alt-medicine and pseudoscience can be dangerous.

Quantum healing is a pseudoscientific concept and so the “Theory of Universal consciousness” which is publicized as the “Theory of Everything” lacks a scientific basis and is based on misinterpretations of quantum mechanics. At best, it promotes leading a more grounded and strong-willed life with self-care. But at its worst, it takes a misinterpretation of one particular interpretation of quantum mechanics (Copenhagen Interpretation) and has formed a cult around it.
Source: https://books.google.co.in/books/about/Quantum_Healing_Revised_and_Updated.html?id=_JvGBgAAQBAJ&redir_esc=y
For more context, read my article on Quantum Immortality next.
Source
Development
0   Like