\
The number of people using smartphones is on the move and growing rapidly. As reported by Statista, there are over 6 billion smartphone subscriptions, and they are continuing to grow by hundreds of millions in the next few years.  \n

Consequently, it has allowed businesses to reach customers easily on mobile devices, which has brought major changes in the modern world. Many companies took advantage of this opportunity and started building mobile applications for their business using hybrid technology.  \n

Hybrid app development methodology allows the developer to build more efficient and scalable mobile applications using a single codebase that work well on both Android & iOS platforms. Hybrid mobile apps are proven to be the most successful applications for growing businesses with complete flexibility.  \n

Many hybrid mobile app development frameworks are out there in the market today, and in some cases, it is difficult to decide which framework fits your mobile application.  \n 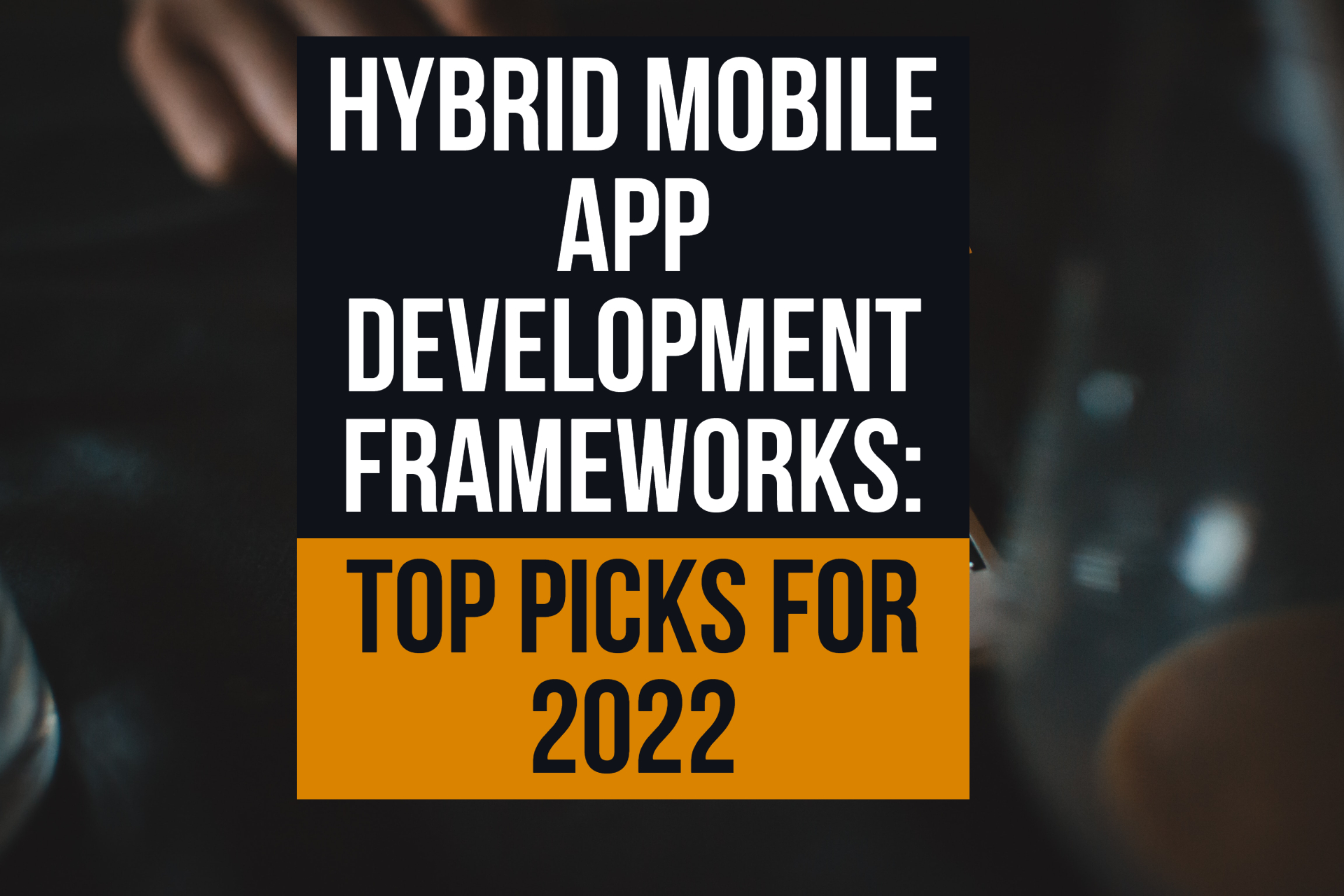 What are Hybrid App Development Frameworks?

\
Hybrid frameworks make mobile app development faster by allowing developers to create applications in a minimum time with the same code (one set of the codebase) for all platforms.

\
Therefore, it helps businesses to release and launch their product app to the market without compromising the quality. A few statistics you must know about hybrid app development frameworks, are:

Choosing the best hybrid app development framework is not that easy as it seems. It requires in-depth determination of the application as it widely impacts your app and business.  \n

To help you choose the best cross-platform framework, check out the following list of top hybrid mobile app development frameworks in 2022 that you consider for your app development project.

Developed by Google, Flutter is the most popular hybrid app development framework used for creating a highly interactive and aesthetically pleasing app. \n

It provides a powerful UI toolkit that helps to build native-like apps for mobile, desktop, and web platforms. Flutter comes with highly customized widgets and works on a codebase to develop mobile applications faster and more efficiently.  \n

It creates visuals with Skia, a 2D rendering engine, and helps to improve the practical functionality of components using the layered architecture.  \n

Pros of Flutter are:

\
Cons of Flutter are:

\
Introduced in 2013, Ionic is one of the most modest hybrid app development frameworks that comes with a rich library, in-built tools, and front-end building & premier user interface components, enabling app developers to build the highest quality PWAs. \n

Pros of the Ionic Platform:

Cons of the Ionic framework:

Developed by tech giant Microsoft, Xamarin is another yet the most popular hybrid mobile app development for building functionality-rich cross-platform applications. Xamarin uses cutting-edge languages C# which is highly advanced compared to other programming languages Java and Objective-C. \n

It is used for creating hybrid mobile applications that can be run across all major platforms such as Android, iOS, and Windows. It comes with all essential tools and a great user interface to build stunning, efficient, and robust mobile applications.   \n

Pros of Xamarin frameworks are:

Cons of Xamarin frameworks are:

Developed by Nitobi in 2009, PhoneGap is an open-source hybrid mobile app development framework widely used to build cross-platform applications. CSS and HTML5 are used to render the source code, and JavaScript is used to implement the logic. \n

PhoneGap is supported by the Cordova framework and Adobe, and that is why it is called Apache Cordova.

\
Pros of PhoneGap are:

Cons of PhoneGap are:

React Native has great potential as it provides users with a native-like experience and great stability. Developers can easily integrate powerful features like live reloading, code reusability, and native plugins with the platform. \n

Pros of React Native are:

Cons of React Native are:

NativeScript is a perfect hybrid app development framework for businesses who want to code their cross-platform in JavaScript, TypeScript, NativeScript, or Angular.

\
It enables developers to create applications using JavaScript or other programming languages that transpile to javascript, including TypeScript and Angular.  \n

NativeScript allows developers to build native-like apps that use the same APIs for Xcode or Android studio. Developers can easily integrate apps with party libraries such as Maven, CocoaPods, and npm.js without requiring the wrapper.

\
Pros of NativeScript are:

\
Cons of NativeScript are:

\n However, each mobile app framework has its pros and cons, so it is best to choose them based on your budget and application needs.