\
Always write down your private keys and mnemonic seed phrases! Your future self will thank you!

“Disclaimer: I am not a financial advisor, and this article was written for entertainment & educational purposes only. Never invest more than you can afford to lose, as the crypto markets tend to be very volatile. Don’t invest blindly because your buddy told you it was a sure thing. Do your own research and be responsible for your decisions. Have fun, build community, c u @ the moon!”

\
Within my lifetime, having been born into this earth in the early 90’s, I have witnessed an evolution in technology that is unmatched in recorded history by most concepts aside from the great enlightenment taking Europe, and then the world, by storm in the 17th and 18th centuries.

\
I was born into American society, one that had been in the midst of technological progress for nearly a century, if we begin the count from the timeframe wherein Benjamin Franklin sailed his kite bearing the key that would eventually equate to the discovery of electricity, or so our history books described the happening as such.

\
When it comes to money and the way we transact, barter, trade, and produce economy, the greatest of revolutions is happening right before our eyes. It has been ever since Pizza Hut successfully implemented the first online ordering/purchasing mechanism that allowed consumers to order a pie via Pizza.com from a home PC using a credit card in 1994.

\
Seems ironic to me that one of Bitcoin’s first real-world applications was similarly the infamous story of how a man named Lazlo Hanyecz successfully purchased two pizzas for the mere 10,000 BTC on May 25th, 2010. At the time the crypto had just started trading publicly with a monetary value of about $0.003 per coin. Had he known what implications Bitcoin would have on economies the world over through the course of the decade to come, he may have chosen to not barter 10,000 of his purse for just 2 pizzas. Namely because at the time of this writing in Q4 2021, said 10k BTC could retrieve a whopping $479 Million at the going rate: just shy of $48k each.

\
Another event that seems to be an all-too-commonly told story, the old “I found a crypto wallet on an old device/ hard drive, but can’t seem to recall the seed-phrase mnemonic, password, and/or private key!” This is most commonly experienced by early adopters, cyberpunks of the time, who may have lost the recorded keys before crypto really took off to become so lucrative as a market and asset. Having the ability to recover wallets from close to a decade ago, could result in life-changing monetary value, which wasn’t the case when instantiated, therefore wasn’t seemingly as important to securely record mnemonics and private keys back then.

That being said, provides segue and relativity to the topic.

Are you like most new-to-crypto users, dipping your toes in the atmosphere by trading or investing on a centralized exchange (aka CEX) where your transactions are overseen, processed, and in the custody of the governing entity of each respective platform? The most likely instances I think of would be in the neighborhood of websites and apps including but not limited to: Coinbase, Coinbase Pro, Crypto.com, Kucoin, Voyager, Gemini, Phemex, Nexo, and so on.

\
Decentralized exchanges (aka DEX) operate in a different manner, in that you would be prompted to connect your own wallet (which could be in the form of a hardware wallet like Trezor, or a software wallet like Metamask, Coinbase Wallet, and Trust Wallet) in order to transact with the exchange, make trades, and purchases. While each path has it’s own ratio of benefits: setbacks, there is one determining factor that means the difference in the control; or lack thereof over your assets. If you guessed KEY PAIRS, it seems you’re beginning to catch on! 🙂 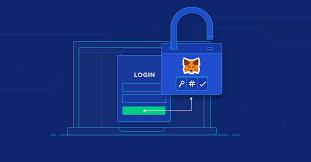 There is a common saying amongst members of crypto communities. “NOT YOUR KEYS, NOT YOUR WALLET!” When moving coins and tokens on a network or protocol, there are two main components in transacting securely: private keys and public keys. As depicted in the diagram at the top of this article (yes I drew it by hand just this morning), public keys (aka Wallet Address) are visible by ANYONE within the block explorer once a transaction is completed and added to the current block of the chain’s ledger.

\
Private keys are to the contrary, as they should only be known by the two parties involved in each transaction. If your private key were to be mistakenly shared with an unintended party, it could result in the impeding party gaining ability to decrypt the message, access your wallet, or in this case, receive the coins or tokens that were intended for someone else. Or even remove the funds held by the compromised wallet.

\
While this may sound difficult, it’s actually really simple, and suggested by professionals to maintain utmost security, but also isn’t always necessary so long as your secrets remain as such. Metamask has one of the simplest and most modular GUIs out there, offered as a browser extension with a feature for simply creating new wallets w/ keys with a single click of the mouse and compatibility with almost every browser and crypto network out there in configuration. The main downfall I have personally witnessed with Metamask, it is possible for a hacker with ill intent to recover an account having the login username or email, and possibly brute-forcing a password attack by way of mnemonic seed phrase.

\
This is not a very common occurrence, as an attacker would need to have your login details and means of verifying the account holds a number of coins or tokens worthy of the effort and risk, but it has happened. There is also an open bounty regarding a bug that affects seed phrase recovery of Metamask accounts on gitcoin.co right now, so there is a current effort from developers and pen. testers being directed to creating the most seamless functionality.

With a better understanding of how key pairs govern how transactions are made, we can look back at our centralized exchanges. Only to notice that, when you create an account or login to an account, there is no option of implementing a seed phrase for recovery in most cases. More importantly, when you make trades or transactions like sending coins or tokens to another person’s wallet, it is not required to provide a private key, and the public ones used, are created and provided by the exchange and out of your hands. What does this mean?

\
It means that the exchange is the third party, central provider, governing entity, and has complete discretion over “your money”. If the exchange were to experience technical difficulties, or even shut down completely in the worst-case scenario, you would be essentially S.O.L. This is why it is detrimental to utilize crypto wallets and exchanges that are non-custodial. For users of Coinbase and Coinbase Pro, the equivalent to the solution is as simple as using the “Coinbase Wallet” to maintain custody and control of your assets and the key pairs that deem them as such.

\
If you were a user of Coinbase or Coinbase Pro less than a month ago, and you were a member of the demographic group of people that had invested in GYEN or POWR, then you saw first hand what it can look and feel like to have a custodial entity make implications in the state of your holdings without being able to have a say or any repercussions in the state of your trades or assets, as many members of this demographic found themselves either locked out of their accounts or unable to sell the very same assets they had previously purchased on the same platform. Caused by a mistake made by a developer, and none by the users, while the users suffered the consequences as a whole. I was a member of this group, and I am in no way bad-mouthing Coinbase. Just sharing my gained knowledge from the incident in hopes that the newcomers to the movement of crypto mass-adoption, in both private and retail environments, are able to differentiate their choices and know-how decisions in platform and protocol, can mean the difference in owning your assets or allowing others to own them for you.

\
The key component in a custodial centralized exchange that proves attraction, is that they take transaction fees. This takes the place of high gas fees that are necessary to interact with any decentralized exchange that is operating as a second layer of ERC20, meaning it runs on Ethereum’s blockchain. So while you would be in control of your keys and assets when using a wallet like Metamask, transacting with other wallets or decentralized exchanges costs in gas, that can often be more than the initial amount of value in the sent or traded coins or tokens.

\
With that in mind, I would advise any who inquired to choose a centralized exchange when dealing in small amounts of monetary value but use a wallet in which you are the implementer and controlling entity of key pairs when dealing with larger investments where it would be more economic to pay the gas fees in order to maintain discretion of your assets. For example, if you are simply investing $5 USD weekly or monthly, it may not be so lucrative at first to maintain your own keys, and certainly wouldn’t stand as economic to pay a gas fee of $20-$200 on each purchase/ trade. However, if you were making an investment in the thousands of dollars, the gas fee doesn’t amount to being higher than a fraction of the value you are securing, making it more sensible of a strategy.

\
I hope this information helps everyone in a way that avoids the possibility of mistakes or being taken advantage of. Like any other economic market, there will always be scammers and someone trying to gain your confidence in order to take advantage. But the crypto community stands out from other markets in that many of its users are in it for the communal qualities, NFTs, implications for artists and creators; making charitable efforts that impact the real world, and paving the path of the largest social movement across the metaverse. Be safe, have fun hodling, trading, and all the transacting in-between.

\
Always write down your SEED PHRASE! Never share it, nor your PRIVATE KEYS. Don’t send your crypto to anyone promising to send you double in return! If it sounds too good to be true, chances are it is! Just a friendly reminder, I am not a financial advisor.

\
This publication is intended to be entertaining and educational, and you should always research projects and protocols, relying on trustworthy sources only, before making any decisions regarding investments. The volatility of crypto markets can go both ways, so never invest more than you can afford to lose! Happy hodling, heavy hashing!