Image credit: Halowaypoint
Despite owning an Xbox for several years, I have never played Halo until this December. However, Halo Infinite was one of the games I was looking forward to most this year. I guess the reason was that I had always wanted to play this game but was intimidated by all the previous titles available. So my plan was to wait for the new game and then start my journey through the series from there.
343 Industries, the developers of Halo Infinite, described it as a “spiritual reboot” of the popular game franchise. “Spiritual reboot” means, from the developers’ words, the following:

“We want to both introduce new players and welcome back old players with the iconic Halo imagery the original games were built on. We want players to have that sense of awe and wonder as they step into the world we are building.”

In other words, 343 Industries aimed to make Halo Infinite both accessible to newcomers and recognizable to the old guard. And while I cannot say anything about how the old Halo players felt playing the latest installment, I can say that story-wise, the Xbox Halo Infinite Campaign lost me on multiple occasions, even if for a bit.
But let’s take it step-by-step.

Like many epic stories, the Halo Infinite Campaign starts with defeat. Master Chief, a legendary spartan super-soldier, is floating free in space unconscious and facing imminent death. Moments ago, he got in a fight with Atriox, a formidable leader of the Banished, a hostile alien organization.
Rescued by the captain of UNSC ship Pelican Echo-216, the other only survivor of the battle, Master Chief witnesses the aftermath of a great defeat–broken ships, shards, and dead bodies of spartans floating around. Stripped of his AI assistant, weapons, and resources, Master Chief embarks on a mission to stop the Banished. 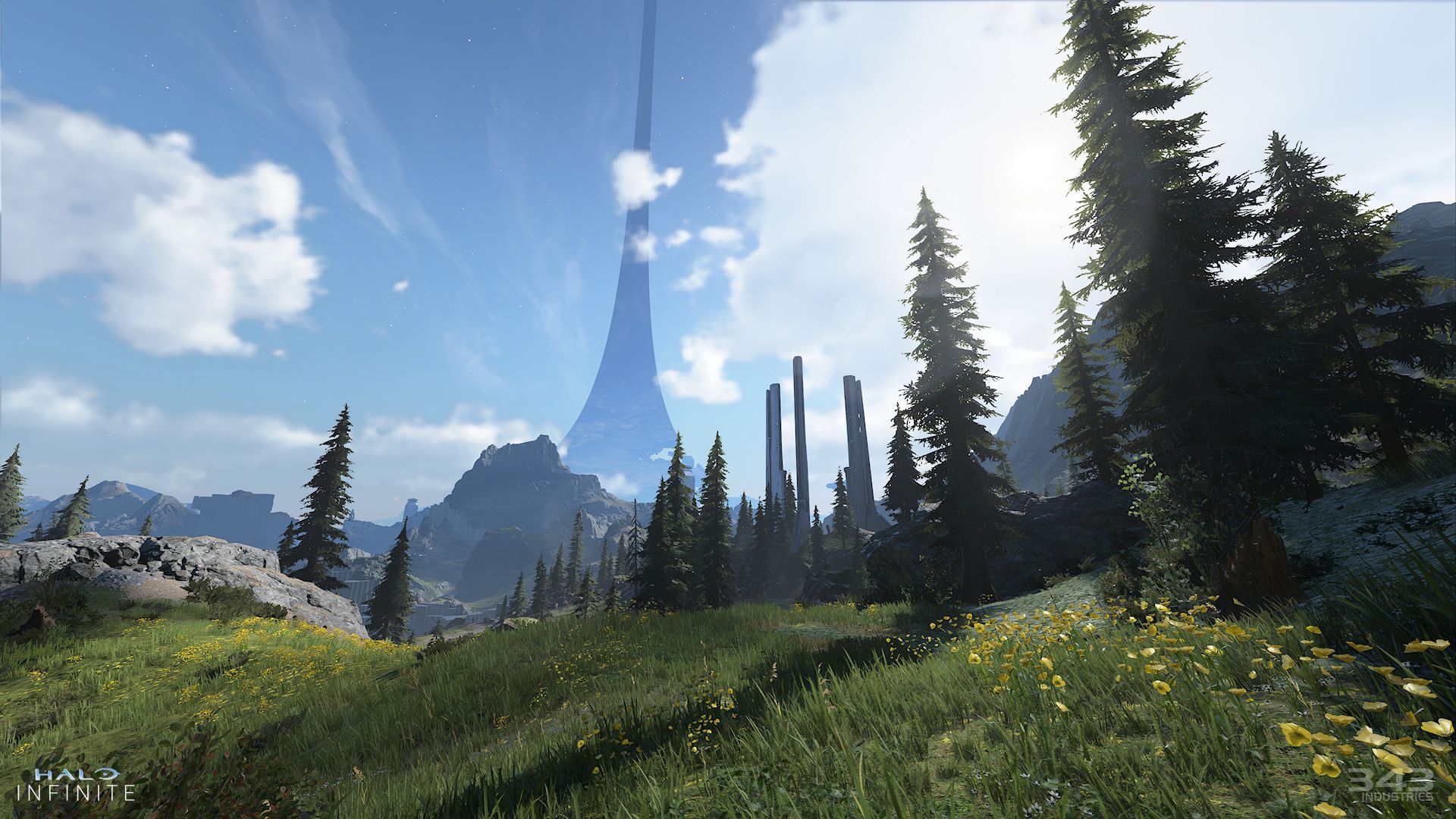 Image credit: Halowaypoint
The Halo Infinite Campaign is an open-world first-person shooter that combines familiar genre mechanics with some new exciting elements. When I say open-world, I don’t mean Witcher or Skyrim open-world, where players can move from village to village picking up random quests on the way, searching for whatever artifacts, or crafting new magic items.
Think of Halo Infinite’s open-world as a massive map with dozens of significant locations where the main action happens. How you get to these locations is up to you–move at your own pace (my advice–hijack a vehicle). There is no pressure to leave the site after the mission is complete, and you can explore it further, searching for various upgrades to your armor or for audio log files that give more details about the war between Banished and the UNSC.
Equipment 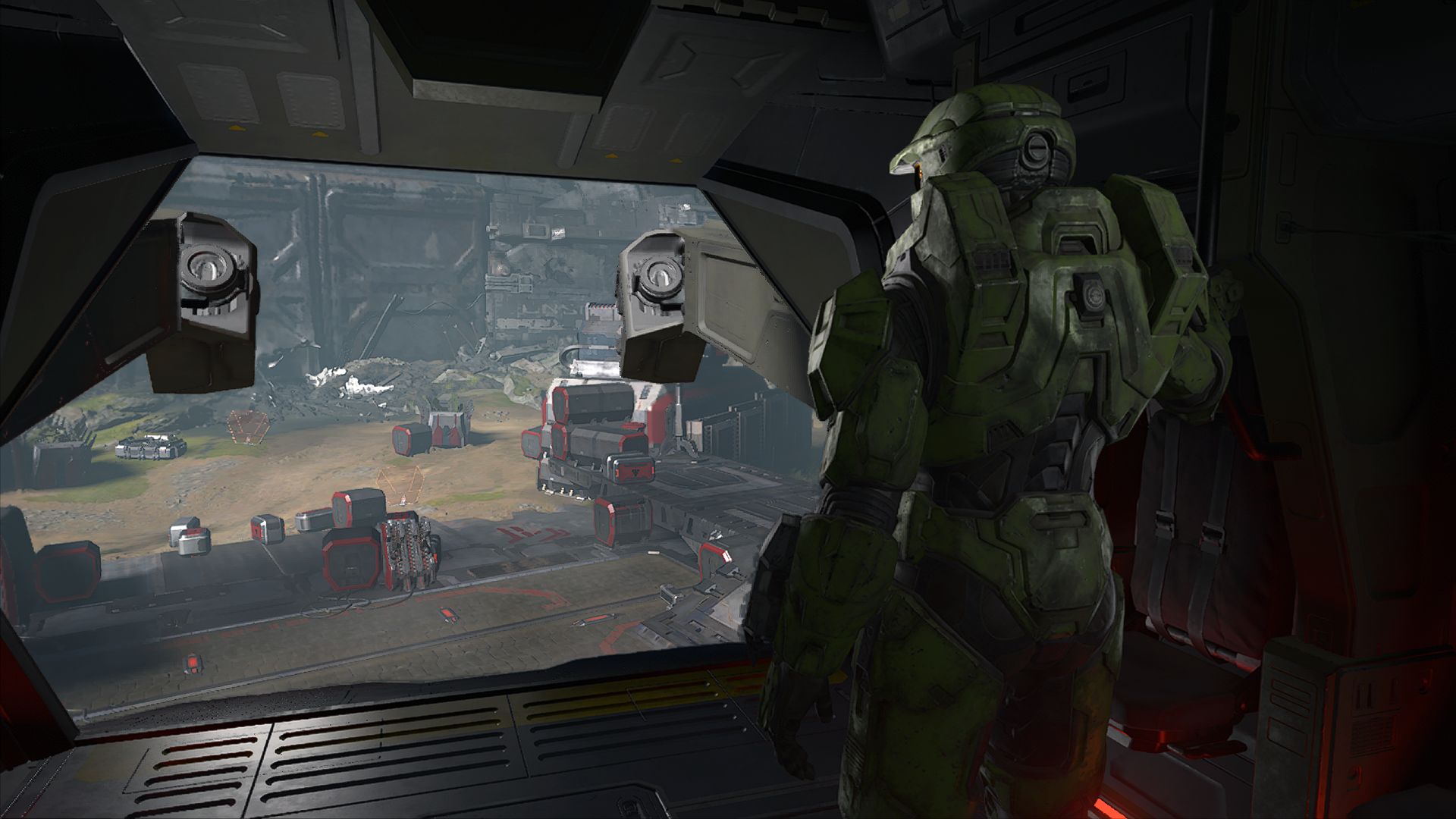 The cool-looking spartan armor Master Chief wears is not that durable initially as it may look in the cutscenes, but it is equipped with some nice devices, such as a grappling hook.
The grappling hook adds an exciting touch to how you interact with the world or how you fight. For example, you can use it to reach for weapons and items, climb structures and rocks, or even fight–an accurate shot will electrocute the enemy and allow you to close the gap to the alien in a second. This can be highly convenient if you’re out of ammo and need to engage in close combat.
However, some other equipment upgrades seem only to exist to be used at specific game points. For example, a threat sensor tracks enemies behind the walls or enemies that hide. I didn’t use this equipment much, except for one boss fight, where the boss put on some invisibility cloak (what a jerk).
Halo Infinite Combat System
Except for the use of a grappling hook, the combat system of Halo Infinite doesn’t bring anything new to the table, but that’s hardly a drawback.
If you played any other first-player shooter in the past, then you know the drill–find weapons, aim at the enemy with 95% accuracy, throw grenades like a badass, and you will be fine.
Speaking of grenades, you will probably die multiple times from them because some of the Banished actively use them in combat and often die before the explosion. So be careful picking up that gun that you wanted–better use the grappling hook.
The choice of weapons in the Halo Infinite Campaign is quite comprehensive but not overwhelming. Apart from the unwieldy rocket launcher, most weapons are compact, fast, and fun to shoot, even though some of them run out of ammo rather quickly.
Missions
There are fifteen main missions in the game, many of which will require a similar approach, namely killing all the AI enemies first and then figuring out what the heck is happening at this particular location. And although I am not too picky when it comes to shooting hostile aliens down, using the grappling hook, and throwing grenades in every hole, I still found the mission completion process a bit tiring and losing its freshness after some time. Especially given the fact that you need between eight to twelve hours to complete the main storyline. 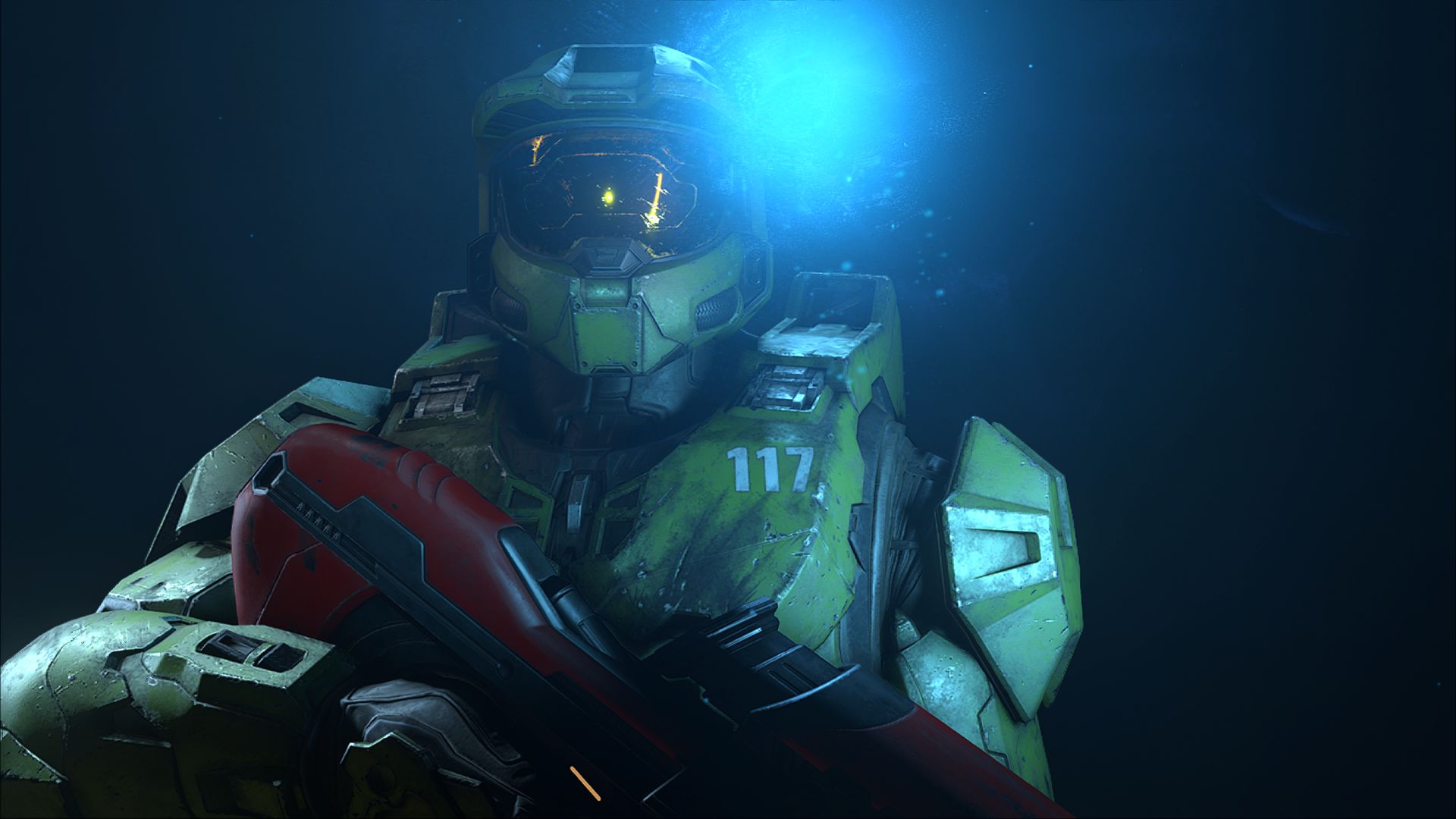 As for the story, Halo Infinite doesn’t feel like a warm welcome to the newcomers (sorry, 343 Industries). Even though I didn’t need to understand all the nitty-gritty details of what had happened in the previous parts to enjoy the game, it still felt at times as if I missed some basic knowledge of Halo lore.
Particularly the history of Master Chief’s relationship with Cortana, an AI assistant that went rogue in the last part. I also felt a bit lost when it came to the whole deal with the Banished–like what the hell they are up to, where they are coming from, what they eat for breakfast–you know, this stuff. If I may make a comparison to the world of cinema, playing Halo Infinite being a newcomer to the series feels like watching Alien 3 without watching the first Alien film. You still have fun and shit your pants, but you have no idea who this loathsome creature is and what it is up to.

Despite some apparent gaps in the knowledge of the Halo history (and I didn’t look it up on purpose), I still feel that the story in Halo Infinite is just another element of the game, like the grappling hook, that brings certain value but that’s pretty much it.
The story is just as good as it needs to be to make you fight for another base, seeding bullets and energy shots all around. But to me, it wasn’t too convincing and captivating to make me regret not playing the previous parts.
That said, I will probably play future editions of the franchise. Because what 343 Industries succeeded at is creating a visually stunning world that is mysterious and engaging. What’s more, they managed to build a world that, on multiple occasions throughout the game–mostly when enemies were down, and I could freely look around–made me think, “This is what heaven must look like.”
Source