Ethereum vs. Everything Else: The Layer Wars

Trustless interactions, immutable record keeping, high levels of security, and trust are some of the features that people love about blockchain technology. The introduction of bitcoin through its whitepaper a decade ago was the first step in this blockchain journey.
However, the introduction of Ethereum in mid-June 2015 changed the landscape for the better. The introduction of smart contracts was something that previous networks such as Bitcoin did not have. People could now create decentralized apps, and it was also the era that decentralized applications were introduced.
Ethereum supports thousands of transactions from NFTs to decentralized applications and games. More than $170 billion is also locked on the platform, not forgetting that transactions worth trillions of dollars are settled every year. Although, Ethereum, just like Bitcoin, has its shortcomings. 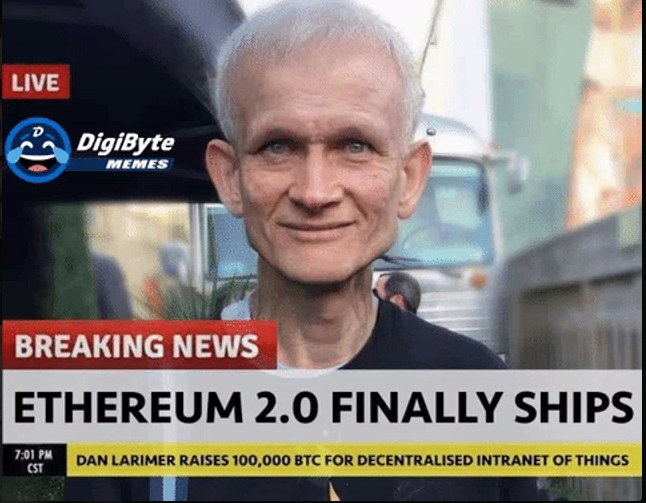 Both Bitcoin and Ethereum use the same consensus algorithm, proof-of-work. Miners must prove that work has been done to verify a transaction. Proof-of-work is demanding and consumes a lot of power.
Ethereum 2.0 is an upgrade of the existing Ethereum network. The following are some of the proposed changes: 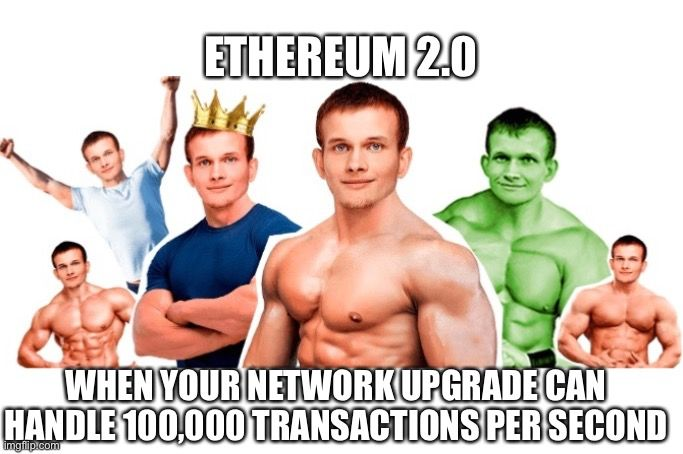 Proof-of-work is a processing-power-intensive process. All the participating nodes compete to generate cryptographic hashes to solve mathematical equations. The complexity of these equations makes it hard for anyone to hack or corrupt such a system. By design, proof-of-work is inefficient.
Ethereum 2.0 introduces proof-of-stake where an algorithm chooses the node that records a transaction. The chances of a node being selected rise with the number of tokens that the node’s owner stakes. Proof-of-stake reduces the complexity of cryptographic work, which essentially means massive throughput gains for the entire network. Attacking the network is also prohibitively expensive as every node must stake Ethereum.

The presence of the Ethereum Virtual Machine has been one feature that has made Ethereum cut on Bitcoin’s dominance. EVM facilitates smart contract processing as it is an execution environment that runs on all network nodes. EVM is the feature that makes the network a global computation machine rather than just being a financial system. Smart contracts on the Ethereum Virtual Machine can execute complex financial transactions, operate social networks and run games.
Despite the wide usage of EVM, it is worth noting that it is complex to use, not only for beginners but also for those who understand computing. Ethereum WebAssembly (eWASM) will replace EVM in Ethereum 2.0, and it will be possible to run Ethereum’s code on modern browsers. Programmers will now be able to choose from different languages such as C, C++, and Rust to write code on the blockchain. eWASM will open up Ethereum to more programmers as they don’t need to learn the Ethereum-native language.

In the current Ethereum blockchain, all data added to the chain has to go through verification by all participating nodes. Therefore, the speed of the slowest participant will affect the processing speed of the entire network. This approach creates bottlenecks, which decrease throughput and increase transaction costs.
Sharding will break down data verification tasks across various nodes, and every node will verify only the data it receives. There will be parallel processing, increasing processing speeds and reducing transaction costs. 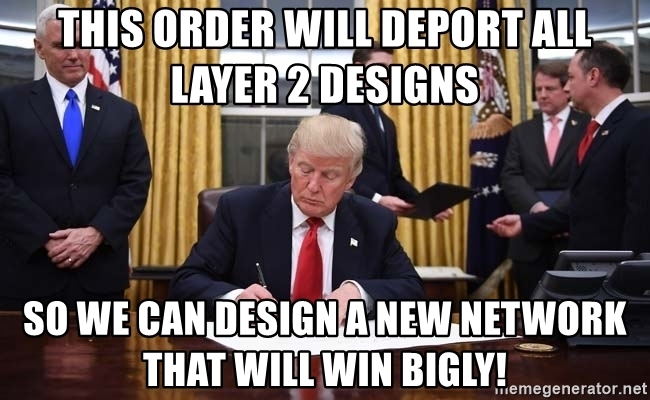 Decentralization is one of the most promising features of blockchain technology. However, we can already see that centralized payment processors such as VISA and MasterCard can handle more transactions per second than Bitcoin and Ethereum. Do we go back to these centralized solutions that seem fast and cheaper? Scaling is the only way to ensure that DeFi adoption goes to the next level.
The aim is to increase the number of transactions handled per second while maintaining decentralization and security. There are three solutions; build a competitive network that competes with Bitcoin and Ethereum (Layer 1s), create a sidechain that is somehow complementary to Ethereum, or create a Layer 2 solution that complements Ethereum.

Both Bitcoin and Ethereum are Layer 1 blockchains. Ethereum is an independent network that secures users’ funds and enables the execution of transactions all in one place. Other Layer 1s do everything that the Ethereum blockchain does with a few tweaks here and there. Most of these Layer 1s are differentiated by new designs that translate to higher throughput and lower transaction fees. However, most of these new L1s are introducing higher levels of centralization.
Layer 1s have come in droves over the past year, and their aggregate value has grown from $0 to over $75 billion within the same period. Some of the notable Layer 1s that have recently joined the space include Solana, Terra, Avalanche, and Binance Smart Chain. Most of these growing ecosystems are worth more than $10 billion. 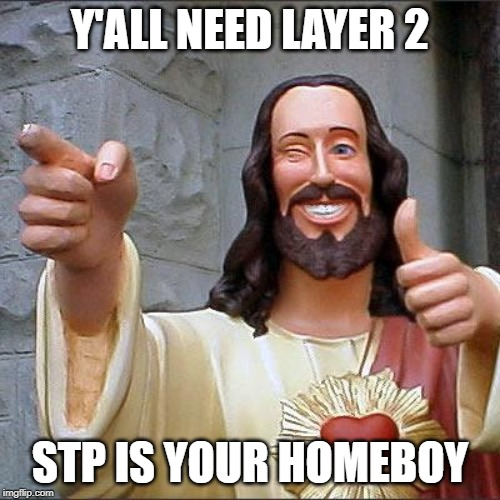 Layer 2s are meant to increase a system’s throughput without tampering with the underlying network’s original security or decentralization features. There are two main types of Layer 2 solutions; optimistic rollups and zero-knowledge rollups.

ZK-Rollups or Zero-Knowledge Rollups are data bundles that are collateralized by smart contracts on the main chain and transported off-chain for computing and processing. ZK-Rollups can produce blocks in a minute while the speed is 2,000 TPS. Zero-knowledge refers to a situation whereby all verifiers know that they have the same message without necessarily being disclosed.
These solutions function better than L1s as data is usually stored off-chain. These solutions also request data less frequently, resulting in less demand for processing power. As a result, gas fees reduce, and transactions become cheaper and fast.

Optimistic rollups run on Ethereum’s base layer. As a result, the network many smart contracts without being overburdened. They are slower when compared to ZK-Rollups because optimistic rollups depend on external validators who check the Merkle roots before the status is updated. Their main advantage is that they support smart contracts similar to those on the underlying blockchain.

Sidechains are built to handle Ethereum’s excess capacity rather than compete. These chains are closely aligned with Ethereum’s community and technology stack.
Ronin sidechain of Axie Infinity is a perfect example. Axie Infinity is a blockchain game built on Ethereum. To avoid expensive Ethereum gas fees, the Ronin sidechain allows players to move their NFTs to low-fee environments.
Polygon POS is another example of a sidechain but is suited for more general-purpose applications. It is the industry’s leading Proof-of-stake sidechain with over $5 billion deployed in various gaming and DeFi applications.

Cosmos and Polkadot are perfect examples of interoperable chains. The developers don’t create standalone projects; they create standards that make it easy to build application-specific blockchains that communicate with each other.
Tokens from a gaming environment can be used on applications on a different blockchain for a different purpose, such as social networking. 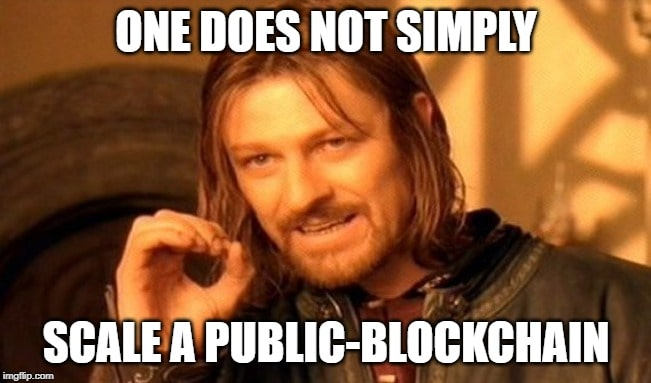 Optimistic Ethereum is an EVM-compatible optimistic rollup chain. Optimism is loved as it is fast, secure, and straightforward. The Optimistic Ethereum Gateway makes it easy for users to move assets in and out of the network. In addition, projects that want to deploy can submit a request to be whitelisted.

Arbitrum is a Layer 2 solution designed to boost the scalability and speed of Ethereum smart contracts. Arbitrum comes with additional privacy features and allows developers to run unmodified Ethereum Virtual Machine transactions and contracts without compromising the security of L1. It positions itself as the scaling solution for decentralized apps and scales any Ethereum contract using Arbitrum rollups.

Starkware is another Layer 2 scaling solution that comes with three different products:
StarkEx. A Layer 2 scalability engine running on the mainnet since June 2020. The solution has been deployed on Immutable, dYdX, and DeversiFi. It uses ZK-STARK technology, whose benefits include trustless scalability, the ability to design self-custodial services, and creating a robust and secure scaling solution.
StarkNet. A permissionless decentralized ZK-Rollup L2 solution for the Ethereum blockchain. Developers can deploy smart contracts permissionlessly on its testnet. Decentralized apps on StarkNet can achieve unlimited scale while still benefiting from Ethereum’s security and composability.
Cairo. The Turing-complete language behind both StarkEx and StarkNet. This product makes it easy to scale dApps using STARKS. 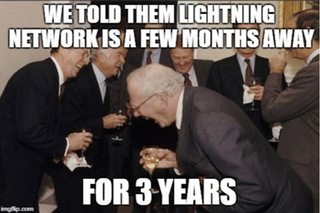 The Bitcoin Lightning Network was proposed in 2015, but it was not until 2018 the beta was launched. This Layer 2 solution takes transaction bundles off-chain before transferring them back after verification. Another benefit of this protocol is the introduction of smart contracts to the Bitcoin blockchain.
Some of the features that lightning network promises include scalability, instant payments, cross-blockchain swaps, and low cost. It also promises to process millions to billions of transactions per second, way higher than legacy payment processors such as VISA and MasterCard.
The process of processing transactions off-chain dramatically reduces transaction costs, and even allows micropayments. Cross-chain atomic swaps are possible off-chain as long as the corresponding chains support the same cryptographic hash function.

Competitive Outlook for Layer 1 Platforms and Scaling Solutions in 2022 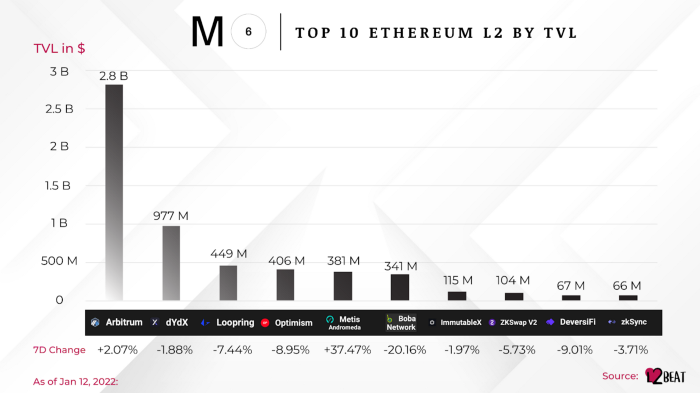 Even though Layer 1s and Layer 2s seem to perform similar functions from a user experience perspective, they have different technical limitations and security guarantees. Users must bridge their funds from an L1 such as Ethereum to take advantage of the cost and speed improvements of both L1 and L2 chains.
The bridges from L1 to L2 indicate the amount of capital moving from a particular L1 to an L2. Optimism bridge is a perfect example of an L2 bridge whose TVL grew from $47 million in June 2021 to about $517 million at the start of December 2021. However, L1 bridges such as Binance Bridge had a TVL of about $31 billion by the end of November 2021.
Layer 1s are still dominant as they come with crucial infrastructure features such as bridges, application support, centralized exchange support, and oracles. On the other hand, L2s are starting to show signs of growth, as evidenced by the introduction of liquid incentives. We are likely to see native tokens for L2s in 2022. But in general, L2s will likely compete with L1s as the former has greater opportunities for yield generation, low fees, fast transactions, Ethereum-level security, and the combined efforts of onboarding dApps.

Publishing a Node.js CLI tool to npm in less than 15 minutes