The story of the Weimar Republic is a cautionary tale for investors. When faced with local labor

strikes in 1914, the German government fell back on a tactic that it had used to finance World

within a few years, the influx led to hyperinflation. Soon, bills weren’t worth the paper they were

have begun to worry that a similar pattern might be brewing now. The Fed’s balance sheet has

grown from $900 billion to $9 trillion in a mere 13 years. In a financial era characterized by cash

injections and economic uncertainty, consumers need a reliable means to protect their

in recent years, giving forward-thinking investors an opportunity to grow their savings and

maintain a degree of financial freedom. Cryptos like Bitcoin are finite and independent by

definition; the government can’t simply “print” more to cover expenses. As such, they provide

their investors with a much-needed hedge against runaway inflation. \n

But however attractive crypto might be in this daunting time, it poses one major challenge: a

Volatility has long been crypto’s most attractive and intimidating attribute; a moment’s investment could make a savvy investor wealthy or leave them at a loss. In this context, strategy

and market knowledge becomes critical; crypto investors need to understand the market before

they put their money into it. If they don’t, they run the risk of engaging in high-risk speculation

rather than thoughtful asset cultivation. \n

The problem is, most everyday investors don’t have the specialized training or even the

time they need to plan their investments. Many simply respond to news stories and hope for the best. Naturally, this strategy doesn’t always — or even often — provide reliable insights on the

Consider the recent Litecoin price spike as an example. In September, Litecoin prices rose over 30% after a CNBC press release incorrectly stated that Walmart intended to accept cryptocurrencies on October 1st. But this elevation was short-lived; Litecoin prices plummeted later that day when CNBC reported their earlier release to be incorrect.

\
“I think people should be serious about their due diligence, and understand that the meme economy allows for big flash swings in value,” Rik Willard, the CEO of Global Blockchain, commented for Forbes on the drop. “Caveat emptor.” \n

Caveat emptor— which roughly translates to “let the buyer beware” — holds consumers alone responsible for checking the quality and value of the goods they purchase. But does that mean that ordinary consumers, who often don’t have the time or expertise necessary to make such a review, will be at a tactical disadvantage forever? \n

The idea behind dollar-cost averaging is simple. Rather than sinking a lump sum into a promising crypto, a DCA-minded investor would invest the same amount in a series of installments over an extended period of time. This tactic gives consumers a limited buffer against short-term market volatility. If the price of their chosen cryptocurrency plummets, they may lose a small amount of money in the short term — but if they continue investing when the price is down, they stand to recoup or even profit when prices rise again.  \n

DCA actually protect ordinary consumers from impulsive, emotionally-driven financial decisions. Rather than making reactive decisions that risk their hard-won money on a one-off investment, consumers who apply a DCA strategy can reap modest gains in relative safety. It’s a trade-off, for sure; however, it’s one that people who don’t have the expertise to time the market might be willing to make. And the good news is that crypto is still early as an asset class. The entire value of the cryptocurrency market stands at a mere $2 trillion in value, whereas gold and the stock market are respectively worth $12 trillion and $100 trillion.     \n

All this said consumers didn’t have an easy means of deploying a DCA strategy until very recently. Most platforms encouraged excessive trading or offered DCA services with high fees. But in the last few months, solutions that actively support this kind of low-risk, steady-reward, consumer-friendly investing approach have begun to emerge. \n

In September, Robinhood announced that it would allow users to schedule automatic cryptocurrency investments on a daily, weekly, or monthly schedule. It isn’t the only company working to make dollar-cost averaging more intuitive for ordinary consumers. Digifox, a crypto startup, recently announced that it would allow consumers to earn a portion of their salary in Bitcoin, Litecoin, or Ethereum, as well as earn interest on those investments. 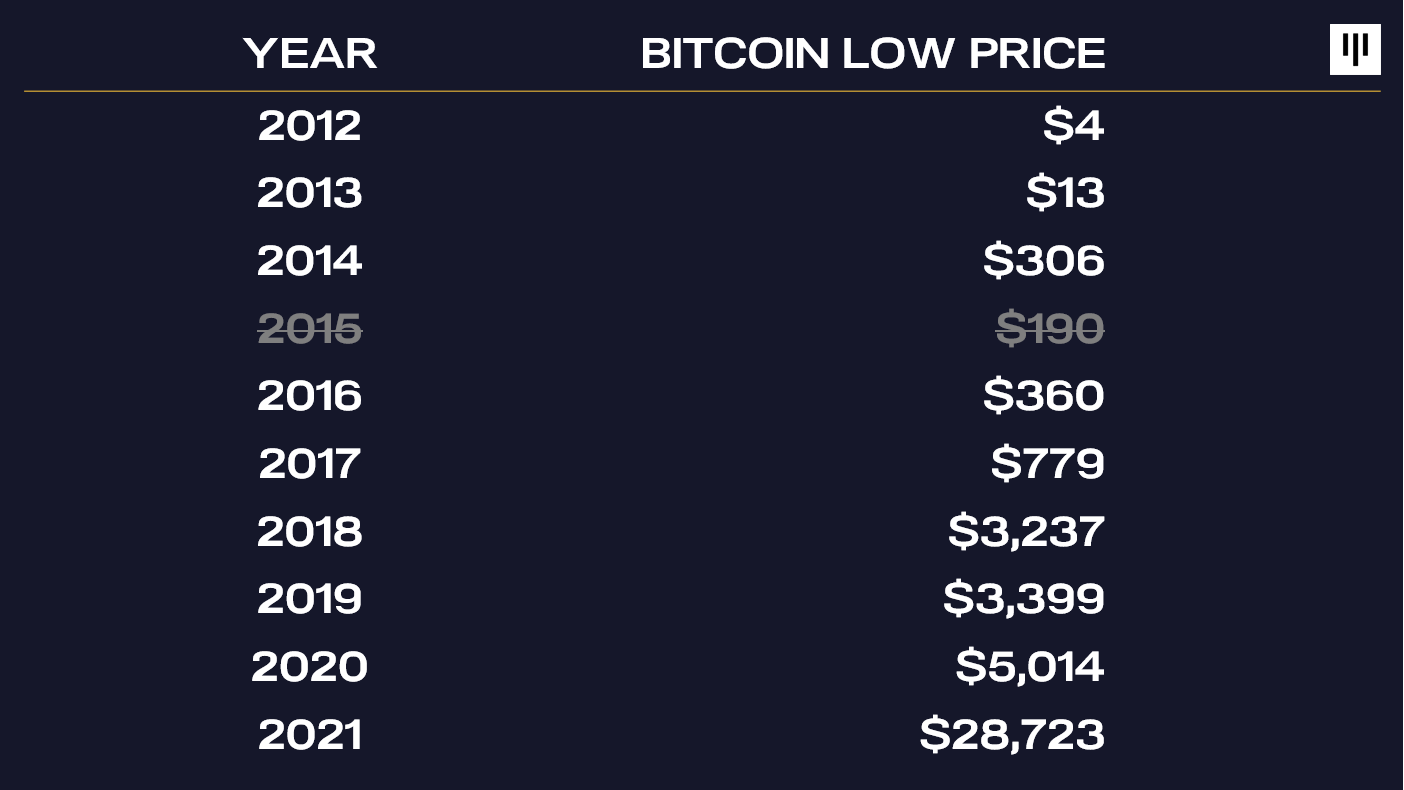 \
\
The point of such services is to make dollar-cost averaging intuitive for everyone — and ensure that DCA, a strategy ideal for everyday investors, becomes available to everyday investors. At long last, consumers don’t need to chase headlines or make impulsive, risky investments to take advantage of crypto’s potential.  \n

With economics, it’s easy for the average person to feel as though they don’t have power — that they, like the people of the Weimar Republic, are subject to the whims and mistakes of centralized banks. But with financial innovations like cryptocurrency and DeFi, modern consumers have more agency over their financial futures than they’ve ever had before. \n

Ordinary people can and should build a crypto buffer against the inflationary tide with DCA investing; they simply need to make the decision to do so.