A public blockchain, also known as a “public chain”, refers to a consensus blockchain that anyone in the world has the right to read, send and obtain valid confirmation. The public chain is the most decentralized, as the operating rules of the entire public chain system are open and transparent; this system is an open-source system. The program developers have no right to participate in the construction of the public chain of their willingness. As all the data are public, it is easy to read all the information and broadcast it to the whole Internet.

A private blockchain refers to a blockchain whose writing authority is in the hands of only one organization. Read permissions are either open to the outside world or restricted to any degree. Relevant applications include database management, auditing, and even a company. Although in some cases it is desirable to have public audibility, in many cases, public readability is not necessary. Private blockchains have many irreplaceable advantages. Firstly, private blockchains have high-speed processing: The transaction speed of a private chain can be faster than any other blockchain, even approaching the speed of a regular database that is not a blockchain. This is because even a small number of nodes have a high degree of trust, and each node is not required to verify a transaction. Besides, private blockchains keep the on-chain data private other than broadcasting, making the privacy protection policy stricter. Also, as the whole private blockchain is operated by a single organization, the transaction costs can be extremely low.

A consortium Blockchain can be regarded as a type of blockchain between public and private blockchains. The degree of openness and decentralization of the consortium blockchains are limited. Its participants are screened out in advance or directly specified, and the read permission of the database may be public, or it may be limited to the participants of the system like the write permission. On consortium blockchains, transactions only need to be verified by a few trusted nodes with high computing power, without the need for network-wide confirmation, thus leading to relatively low costs.

\
Another advantage is the ease of node connectivity: consortium chains can be quickly repaired through manual intervention and allow the use of consensus algorithms to reduce block times, resulting in faster transaction completion. Another feature of a consortium chain is that it allows some manual modifications: A community or company running a private blockchain can modify the rules of that blockchain, revert transactions, modify balances, etc., if desired. To some extent, the rules of consortium blockchains are against the spirit of decentralization. Since the alliance chain does not have very significant advantages compared with the Internet, its role in the blockchain industry is often doubted.

The Features and Differences of Public Chains 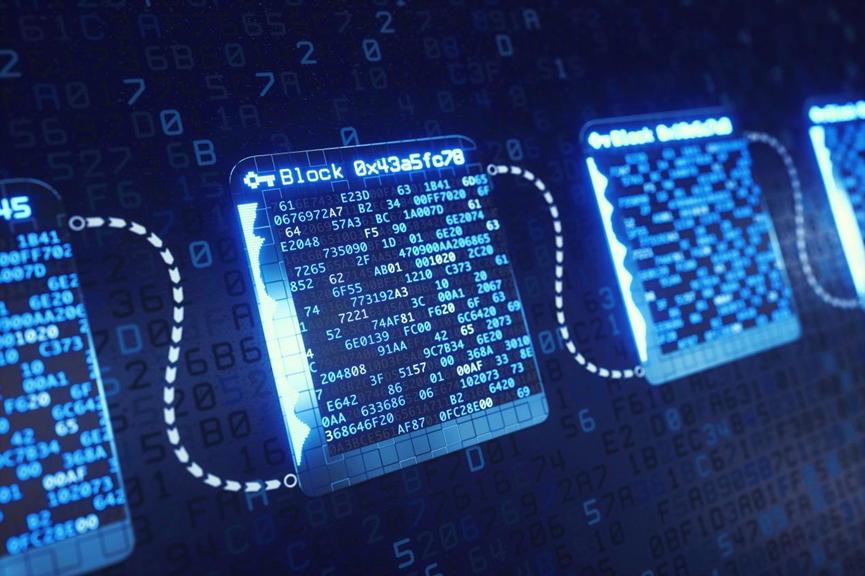 At present, most blockchain projects are built on mainstream public chains such as Ethereum. These public chains provide a foundation and template for decentralized application development by creating a developer-friendly underlying platform of the blockchain. In addition, public chains generally issue underlying tokens to maintain the operation and security of the network. At present, the entire blockchain industry is still in its infancy, and much more infrastructures need to be built first so that various application facilities can flourish and prosper. For example, the recent explosion of projects with various concepts such as DeFi, NFT, GameFi, and Web3.0 is tightly related to the development and improvement of the public chain. Then this paper will further discuss the features and differences of public chains. 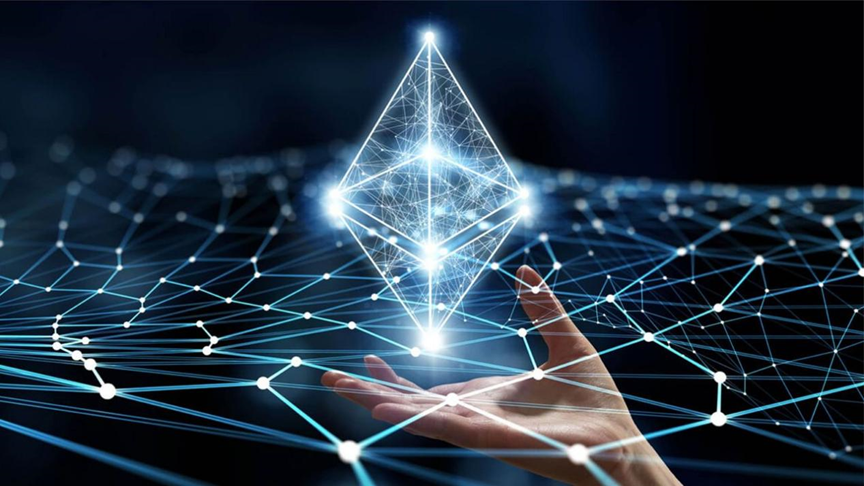 Ethereum is the most popular and widely applied blockchain project. Till 28/06/2022, the total market value of Ethereum is 146.4 billion USD, which is the second-largest cryptocurrency in total market value. The scarcity of ETH is generated by three key elements: the staking mechanism, wide use in DeFi applications, and the EIP-1559 destruction mechanism. The staking mechanism can control the total amount of ETH in circulation as ETH in staking are unable to be used in other parts of the ecology. The wide use of ETH in DeFi projects Ethereum brings large demands of the ETH. For example, a large amount of ETH is used to provide liquidity in DEXs such as Uniswap, such as Uniswap, Curve, SushiSwap and Klein Finance.

\
Among all the three mechanisms, the EIP-1559 destruction mechanism is the most sufficient in maintaining the scarcity of ETH: all the ETH destructed by this is permanently removed from circulation. The biggest advantage of Ethereum lies in its comprehensive and prosperous ecology and wide acceptance. Ethereum can satisfy functional services that public chain projects can provide. Also, there are many high-quality applications with many users on the Ethereum, together with the overwhelmingly dominant TVL scale, making Ethereum and on-chain applications promote each other. However, Ethereum is currently facing two major problems: network congestion and high gas fees. These problems are restricting the development of Ethereum. At present, the Layer 2 expansion plan and the development of Ethereum 2.0 are actively solving these two problems.

Polkadot is a protocol that connects blockchains — allowing value and data to be sent across previously incompatible networks (Bitcoin and Ethereum, for example). It’s also designed to be fast and scalable. The DOT token is used for staking and governance. In the structure of Polkadot, there are three key components: Relay Chain (central structure), Parachain, and Parathread. The main purpose of Polkadot is to connect isolated blockchains through the XCMP protocol, in a relay way.

\
The formation of a decentralized blockchain network facilitates users on different blockchains to exchange data and information in a trustless manner through Polkadot’s relay chain. Polkadot builds on the revolutionary promise of previous blockchain networks while offering several fundamental advantages. Such advantages include scalability brought by sharded multi-chain networks, interoperability, and cross-chain communication to enable users to collaborate across chains, as well as the autonomous power of different project teams

Cosmos is a heterogeneous network that supports cross-chain interaction launched by the Tendermint team. It is an independent and parallel blockchain network system, a blockchain universe composed of multiple hubs and interconnected chains. As one of the cross-chain duo (Polkadot, Cosmos), Cosmos aims at breaking down the barriers between blockchains, create an Internet of blockchains, and becoming the preferred platform for various practical use scenarios.

\
The consensus algorithm applied by Cosmos is of high performance and consistency, and under the guarantee of its strict fork responsibility system, thus preventing malicious participants from making improper operations. ATOM is the most important token in Cosmos. ATOM can capture the long-term value of the growth of the Cosmos project. Hubs are forming the whole system of Cosmos, and they have different priorities. The Cosmos Hub has the highest priority, and ATOM is the native token of Cosmos Hub.

FLOW was launched by the Dapper Labs team to support game applications to drive the entire digital asset ecosystem. Flow employs a cryptographic technique called “Specialized Proof of Confidential Knowledge (Spock)” that is more specific to the needs of decentralized gaming applications, while also enabling developers to create new products and services faster safely, and easily. The protocol is protected by the HotStuff upgrade, a PoS consensus algorithm developed by VMware Research.

\
Flow is designed for high throughput, low latency consumer applications, games, and digital assets. Protocol-level usability and onboarding capabilities make access easy for new users, while a new decentralized architecture ensures security at scale. There have been some well-known projects on Flow, such as NBA Top Shot and CryptoKitties. Such projects promote the development of the whole NFT industry, and the recent boom in NFT also results in large demands for Flow public chain.

\
However, so far there are still relatively few projects on Flow, the entire ecosystem has not been completed, and there is a lack of liquidity solutions and supporting public chain infrastructure. With the development of NFT and GameFi, such situation will be This situation will be largely alleviated. 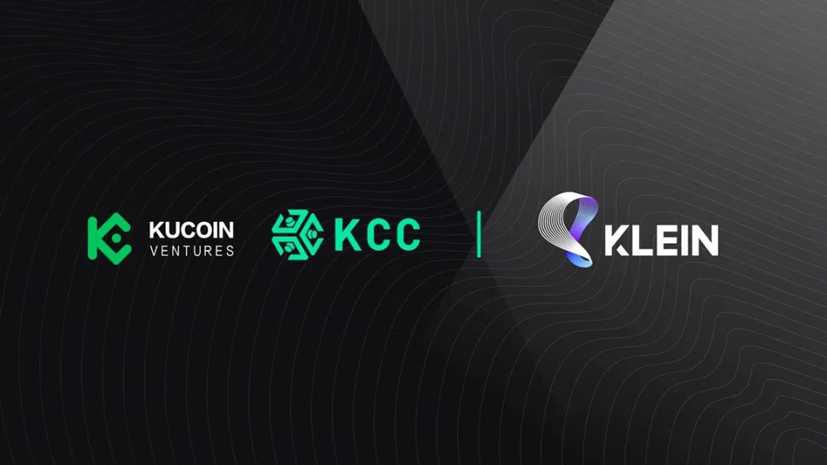 As we have discussed in the previous paper, KCC, built by the community fans of KCS and KuCoin, is a high-performance and decentralized public chain. The purpose is to solve the problems such as low performance and high cost of the current public chain, and to provide community users with a more high-speed, convenient, and low-cost blockchain experience.

\
And here are some key advantages: KCC is fully compatible with EVM and ERC20 smart contracts, so the migration cost is extremely low; a new block can be created every 3 minutes, increasing the processing speed of the whole chain and all the transactions are confirmed much faster; it applies the Proof of Staked Authority (PoSA) algorithm, which is more secure and efficient. The KCC ecology is still in the early stage, but there have been excellent projects. KCC also focuses on the long-term development of the whole system and had several incentive plans for outstanding projects on-chain.

\
Earlier this year, KCC announced a $50 million ecosystem accelerator program designed to support projects in various stages of development. The KCC Eco-Accelerator Program covers projects built on the KCC network, including the integration of helping developers build innovative platforms on the network, and providing support and assistance in the form of systematic technical support, marketing, investment, incubation, and liquidity support. The whole cash reward will be divided into the following parts:

Last October, Mojitoswap, the first DEX project on KCC was established, The project also announced an airdrop of 1 million MJT tokens as an incentive for early adopters during the establishment period MojitoSwap DEX is based on the Automated Market Maker (AMM) model originally introduced by Uniswap. In such AMM, users can deposit tokens into a pool to provide liquidity and earn transaction fees when users utilize the pool’s liquidity to exchange tokens between them. MojitoSwap has a governance and utility token called MJT that users can earn through staking or yield farming.

Klein Finance is the most recent DEX project on KCC. It is specially designed for stablecoin exchange exchanges. Klein Finance can be regarded as the PancakeSwap and Uniswap of stable coins. Due to its special AMM (dynamic peg), it is also very suitable for exchanging transactions between different tokenized versions.

\
Klein Finance is a safe and efficient decentralized trading platform for digital assets. Its purpose is to make digital assets safe and stable, with low slippage, good depth, low transaction fee on-chain environment, and reward mechanism. Its trading model is a mixed liquidity pool, which provides a cross-market mechanism for the creation of stable coins. The dynamic peg AMM is much more efficient than Uniswap because it can concentrate most of the liquidity near the “fair price”, while guaranteeing relatively low slippage costs.

In this paper, public chains with different features have been briefly introduced. Comparing the features of different public chains, Ethereum is the well-deserved largest public chain and provides the underlying infrastructure for other on-chain projects and applications. Meanwhile, other public chains also have specific merits that will offer better support for projects in different verticals. Supported by KCC with optimized algorithms, Klein Finance is expected to be the next super DEX project, and It is worth investing in this project for a long time and sharing the dividends of its growth.