LEGO is a name known by the entire world. From thousands of brick-made sets to video games that inspire creativity, it’s a brand with truly universal appeal. And it can’t be denied that a great amount of that appeal – as well as some of the best LEGO games out there – are thanks to its partnerships with other franchises.
The best-selling LEGO games are all from partnered franchises. Star Wars, Marvel, and DC share plenty of spots in the top 10, but official sales data is scarce at best. It’s known which games take the top 5, but not their sales numbers or even what order they’re in.
Because of this, and because of the wide availability of LEGO games, this article will not use sales numbers to place these titles. Instead, based on currently available resources, each game will have its placement estimated. With that in mind, here are the 10 best LEGO games based on how well they approximately sold. 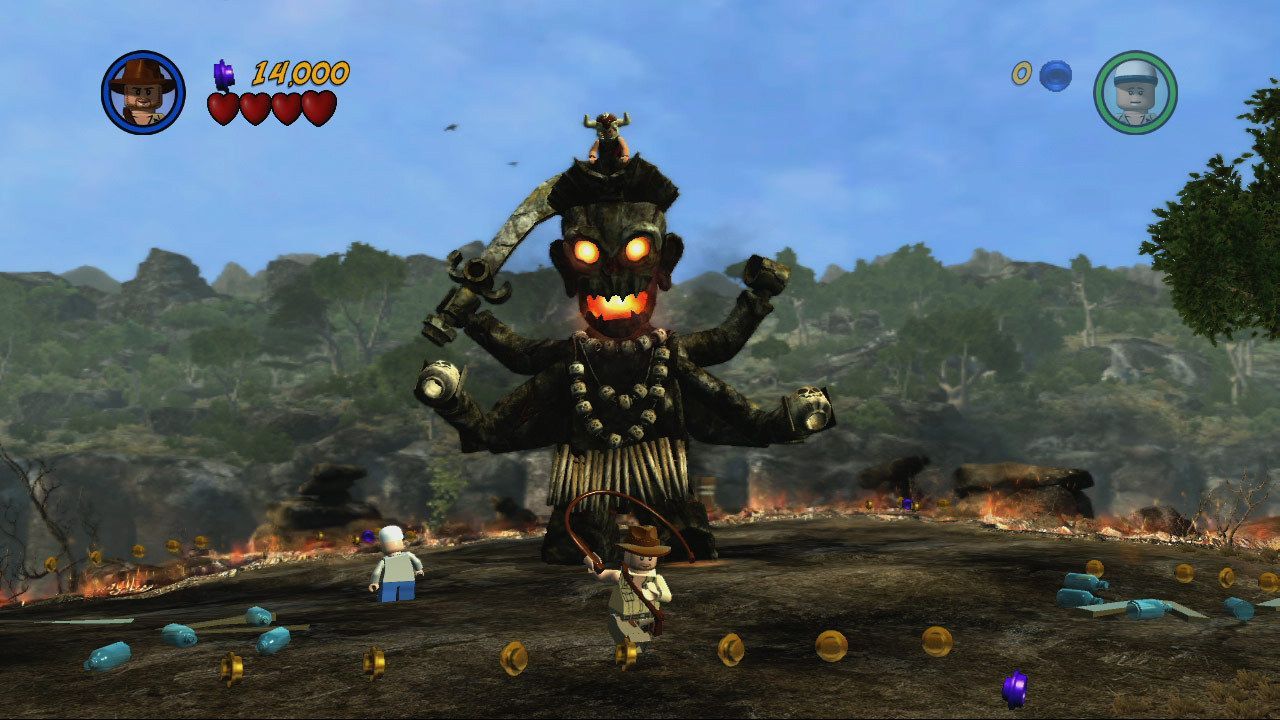 While it omits some content from its predecessor, LEGO Indiana Jones 2: The Adventure Continues features all four Indiana Jones movies up to its release. New characters, mechanics, and boss battles were introduced, giving the title a unique flavor. While the first three movies didn’t have as much prominence, a total of 30 levels and numerous hubs packed the sequel with a plethora of content. It might not have been as beloved as the first game, but LEGO Indiana Jones 2 is a fun experience by itself. 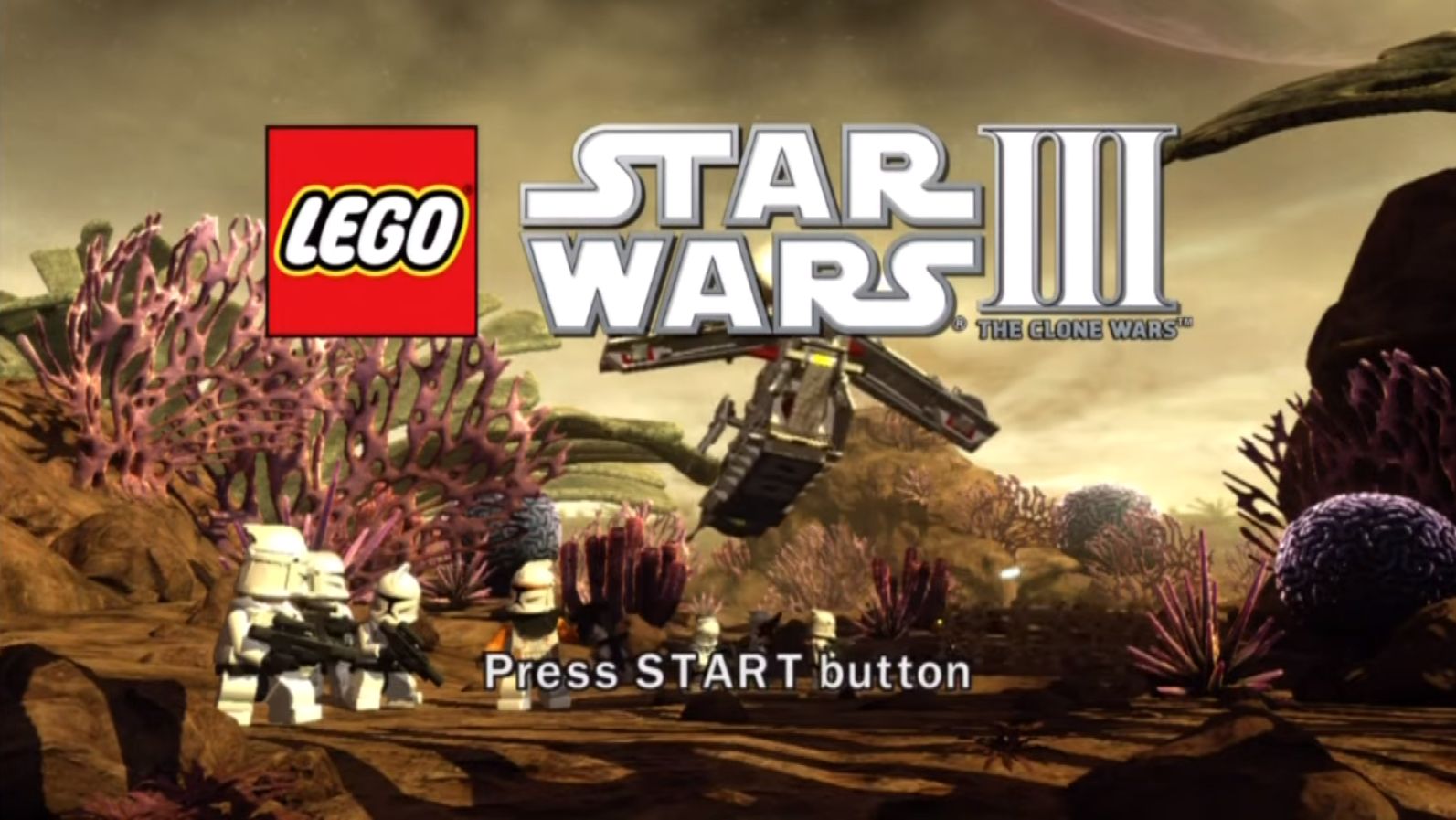 Rather than being based on any major movie, LEGO Star Wars III: The Clone Wars takes inspiration from the CG television series that was airing during its release. The game lets players experience events from seasons 1 and 2 of The Clone Wars while pushing the gameplay of LEGO titles beyond their usual formula. With tower defense sections and a hub world in the midst of battle, LEGO Star Wars III is perhaps one of the most creative LEGO games you can find. 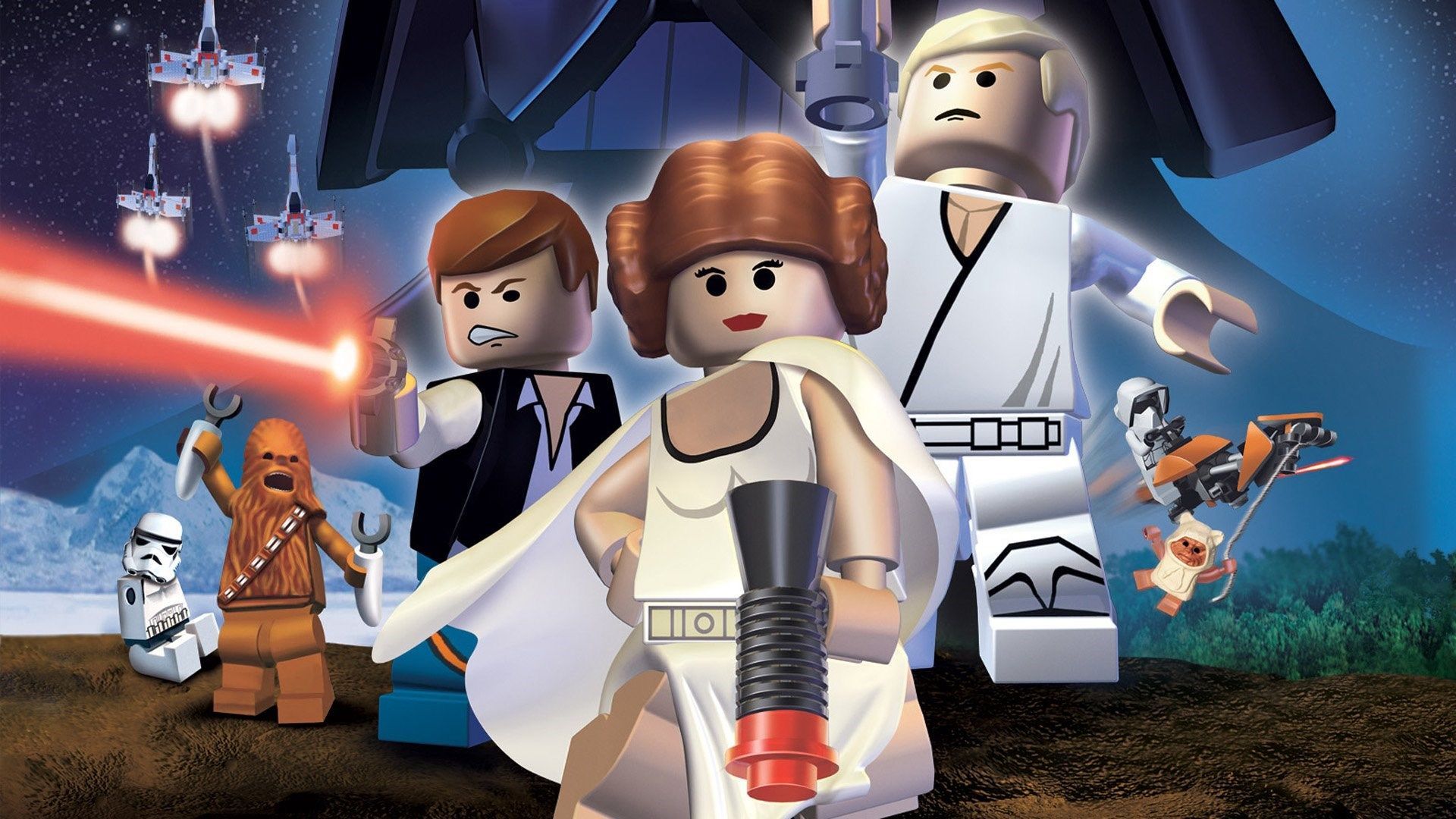 LEGO Star Wars II: The Original Trilogy was the first refinement of the classic LEGO formula that populates its modern titles. While its levels come from Star Wars Episodes 4, 5, and 6, players can unlock the entire character roster of the first game by having the right save data. LEGO Star Wars II also allowed players to pilot vehicles outside of on-rails sections and even create their own characters. It was a game ahead of its time, and while it hasn’t been re-released on any modern-day platforms, it certainly deserves a spot among the best LEGO games of all time. 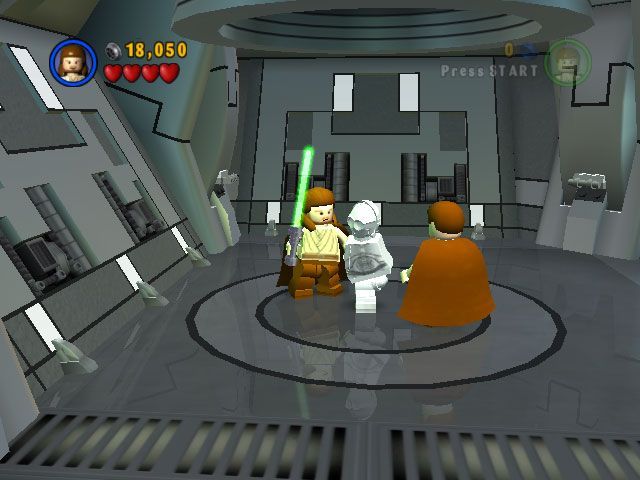 The first LEGO title created by Traveller’s Tales – the devs soon to become the sole creators of future LEGO titles – LEGO Star Wars: The Video Game was a massive hit. Featuring the prequel trilogy’s locales and characters, LEGO Star Wars brought unmatched charm through its mute characters and fun-yet-forgiving action-adventure gameplay. It was, admittedly, unrefined, with many of its levels being simple; overall content for the title was lacking, too. But were it not for LEGO Star Wars, every other game on this list might not exist today. 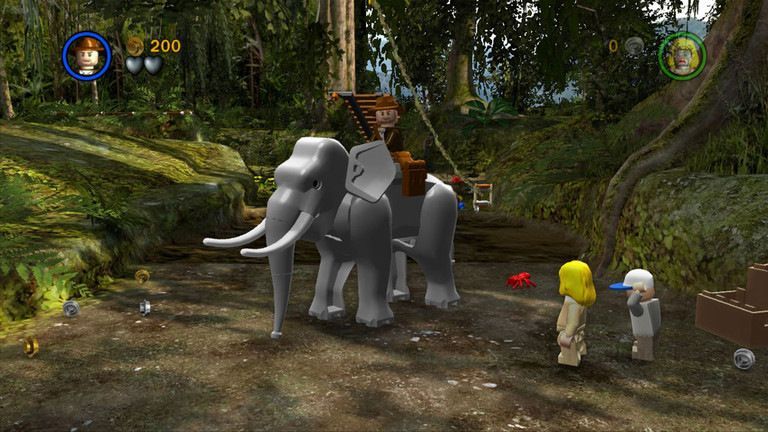 LEGO’s first major venture outside of Star Wars territory was with another Lucasfilm-owned franchise. LEGO Indiana Jones: The Original Adventures featured a condensed look at the first three films of the series, from the search for the Lost Ark to the adventure for the Holy Grail. Players had more interaction with environments, being able to pick up weapons and items, and new challenges such as character phobias were introduced. LEGO Indiana Jones might not have been as influential as other LEGO titles, but it’s notable for being the first non-Star-Wars game Traveller’s Tales tackled – and it certainly wouldn’t be the last. 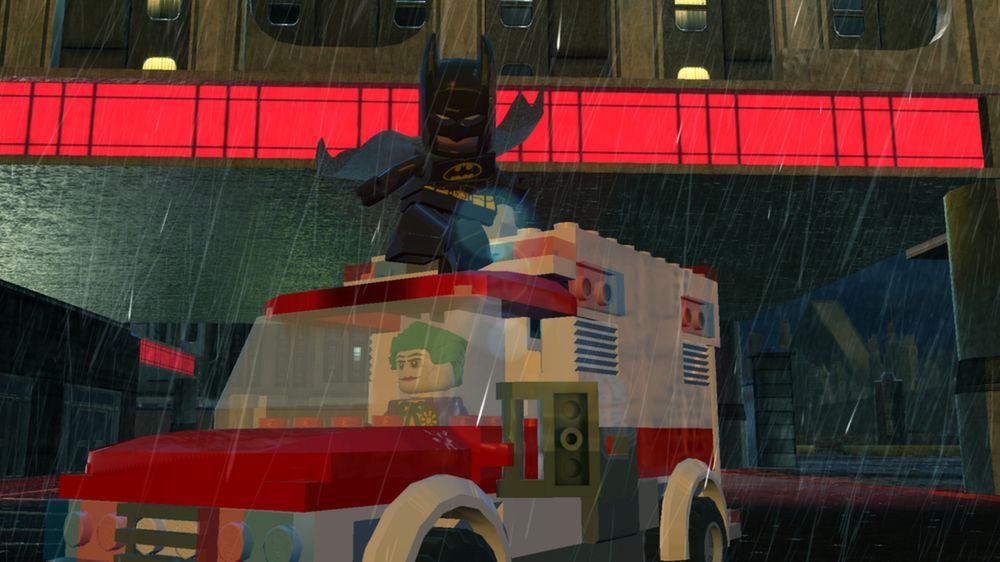 LEGO Batman 2: DC Super Heroes marked the beginning of something new for LEGO games. It was the first to feature full voice acting, replacing the classic mumbles and grunts of previous titles. It also featured characters across the entire DC universe, not just Batman and his usual foes. LEGO Batman 2 was perhaps the most ambitious LEGO title up to that point, and the creators wanted to make it known – it’s the only LEGO title to get an entire film adaptation, rather than being based on existing media. 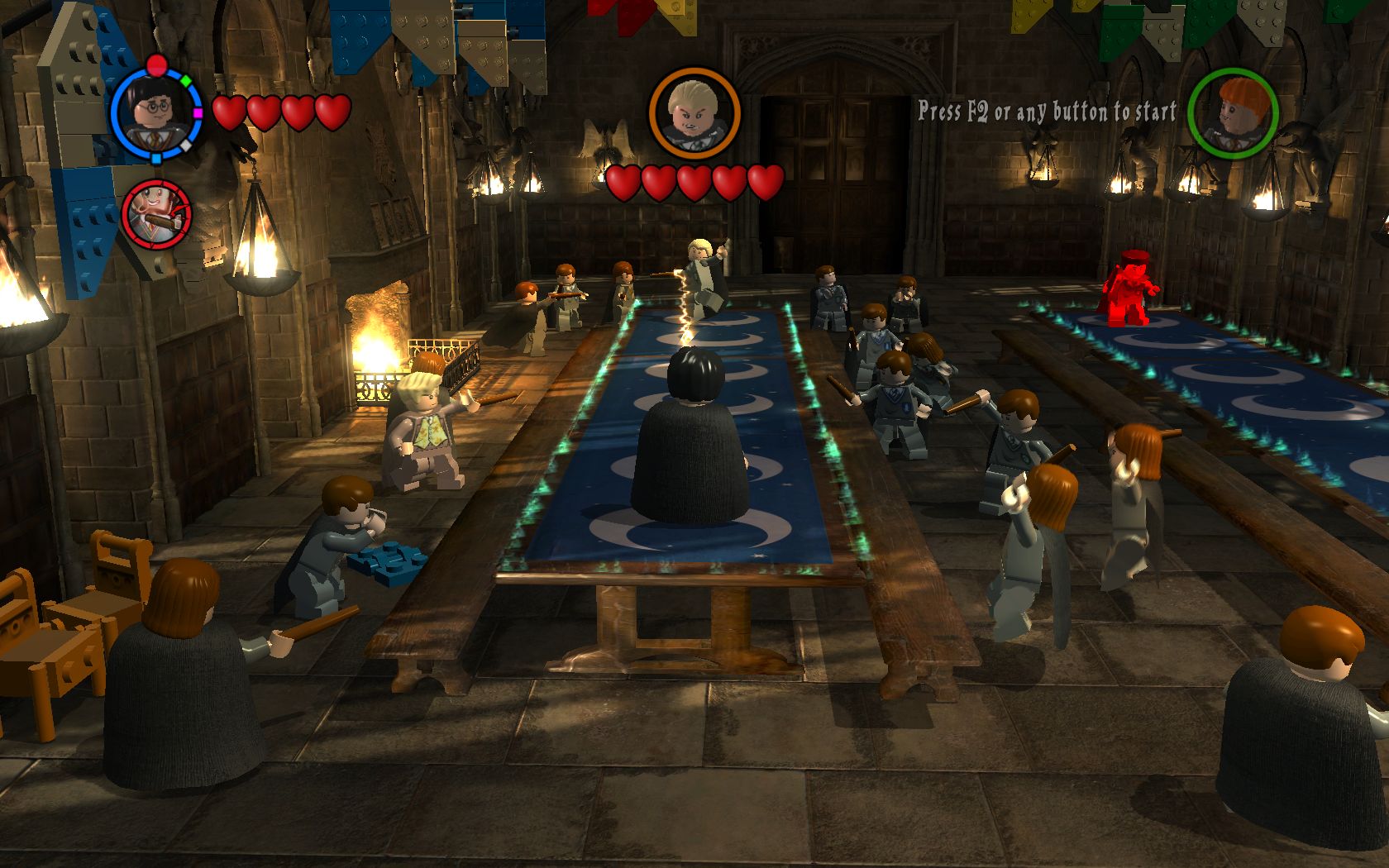 LEGO Harry Potter: Years 1-4 lets players experience the first half of the Harry Potter movie series in LEGO form. It featured a massive open-world hub in the form of Hogwarts, giving players further exploration outside of levels. It also featured over 150 playable characters, a number that rivals even more recent LEGO titles. LEGO Harry Potter: Years 1-4 is an intricate and impressive game, managing to leave a legacy even beyond its sequel, Years 5-7. 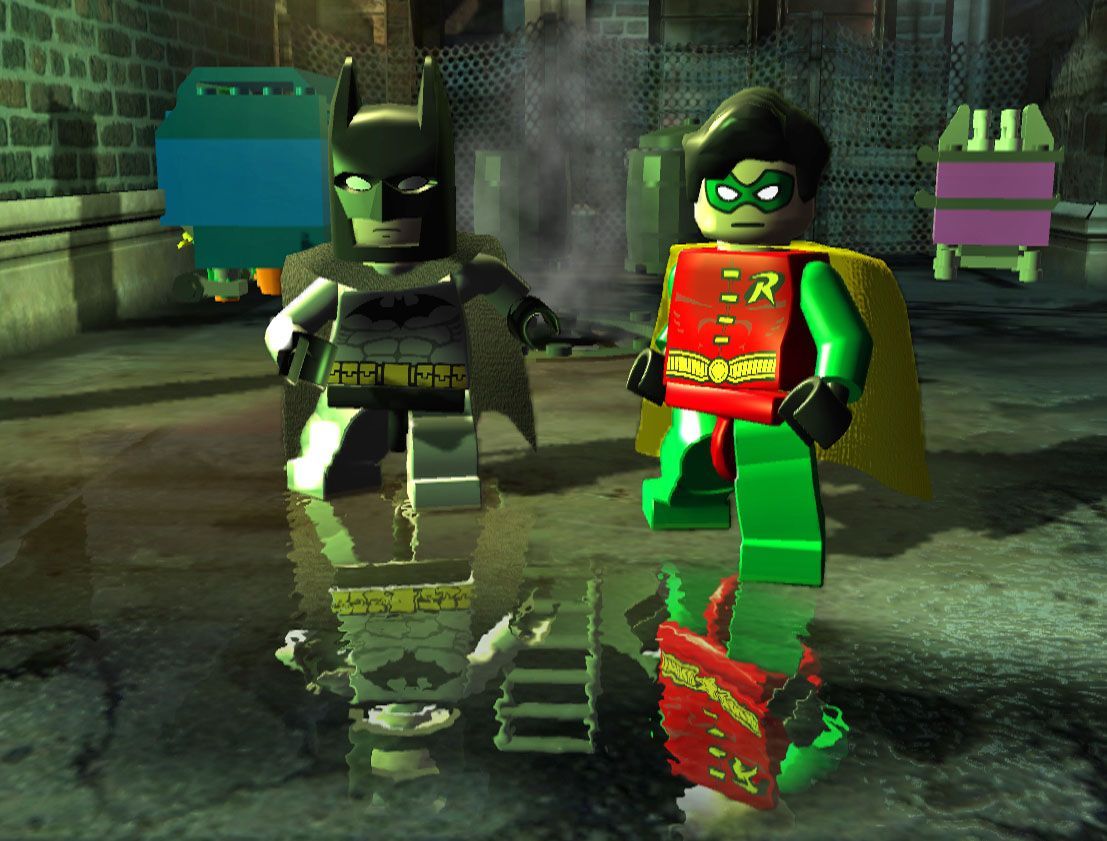 LEGO Batman: The Video Game is a notable title, being the first LEGO game to feature DC’s heroes and villains. New features such as alternate suits gave players more freedom than ever, and a completely original plot allowed fans to experience something more than a simple retelling of events they already knew. It might not be the most innovative or content-filled game out there, but LEGO Batman was one of many early LEGO titles that established just how fun the franchise could get. 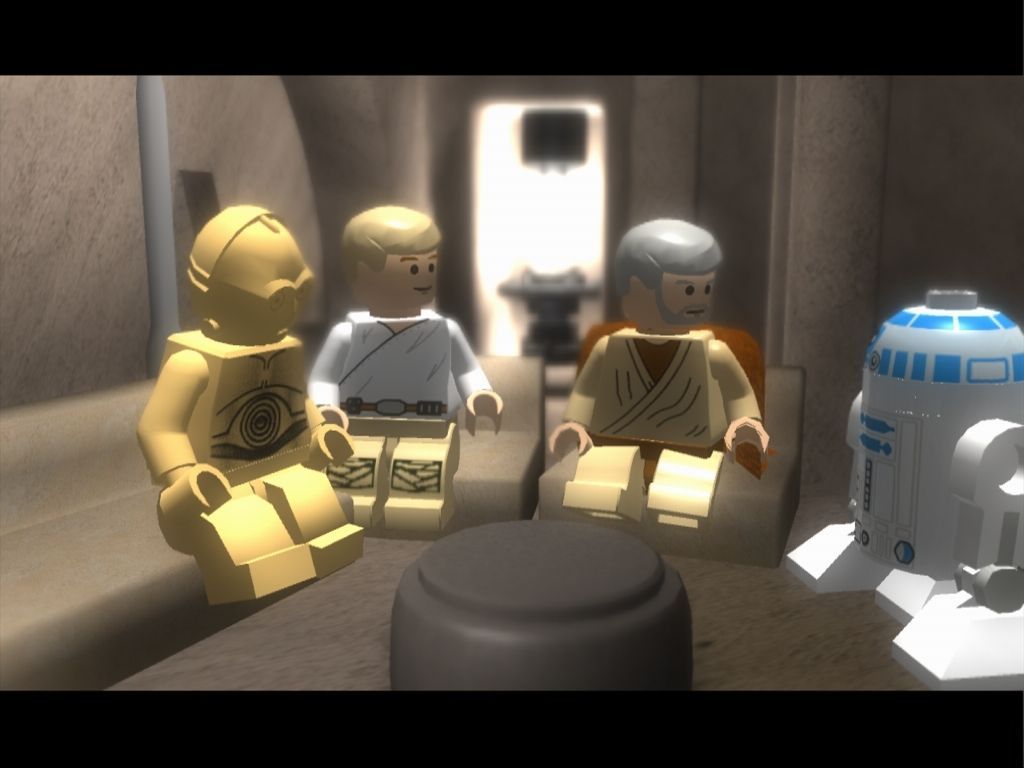 LEGO Star Wars: The Complete Saga is a truly legendary game. While it might seem to be little more than a combination of the first two LEGO Star Wars titles, it goes above and beyond. By refining mechanics, creating new game modes, and even adding entire cut levels, The Complete Saga became the definitive LEGO Star Wars experience. It definitely deserves a spot on this list, and were it not for a certain news article; some might say it should even be number one. 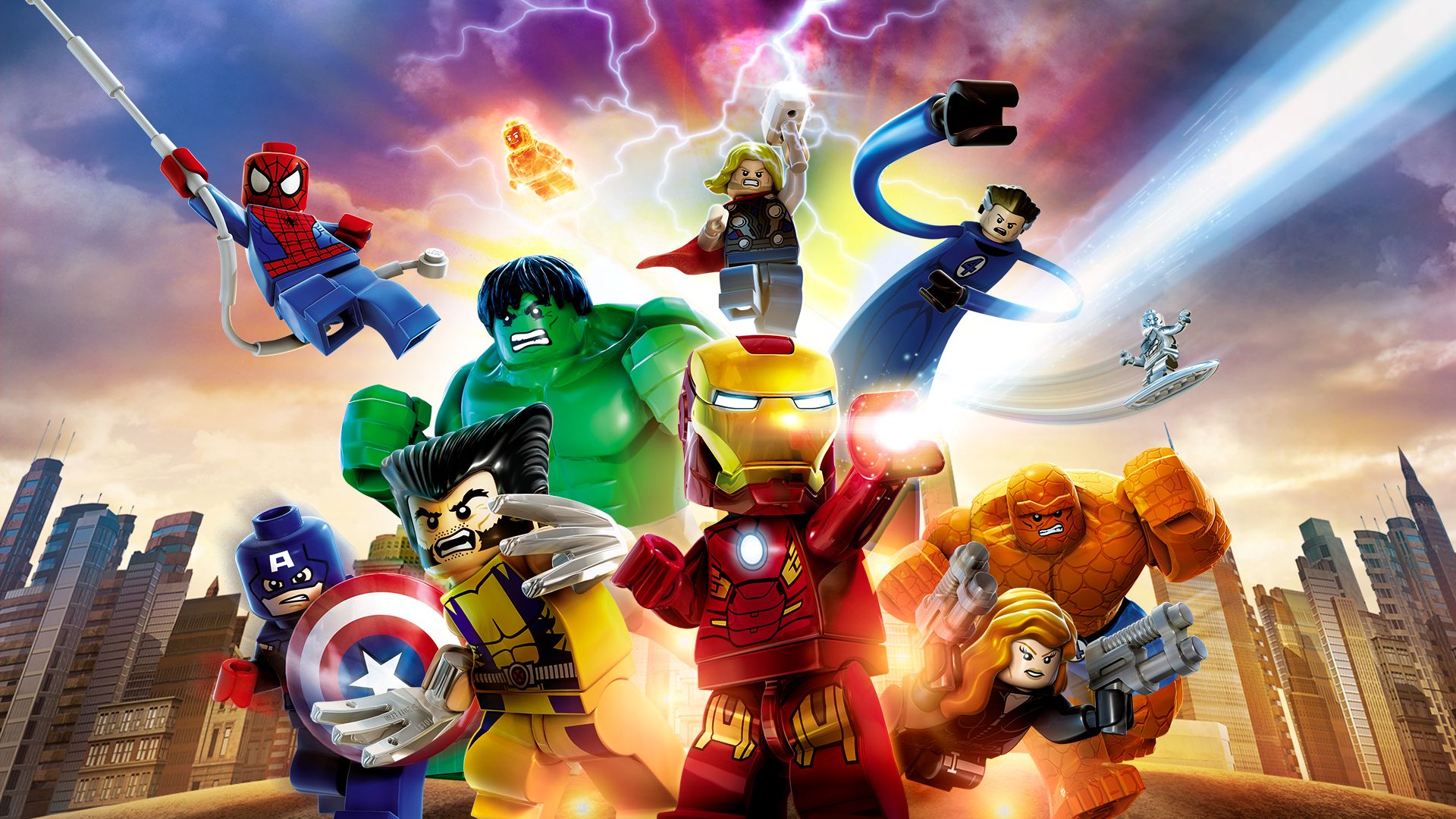 As of the most recent reports, however, the best-selling LEGO game so far is LEGO Marvel Super Heroes. As the name suggests, it features characters from the entire Marvel franchise, including characters that didn’t even get MCU movies by the time of its release. With so many unique abilities utilized by the characters and a fully-explorable New York City to act as the hub world, it’s no wonder this title garnered so much attention. LEGO Marvel Super Heroes set a new standard for LEGO games, and it truly deserves its spot as the best-selling LEGO game.

Final Thoughts on the Best LEGO Games of All Time

Even today, the world of LEGO is shifting wildly. Though the highly-anticipated LEGO Star Wars: The Skywalker Saga was delayed to 2022, it’s looking to be even more ambitious and creative than any previous title. For kids and adults alike, it’s exciting to see what’s next for the world of LEGO video games.
Sources:
More in gaming:
Source